The gypsy moths that destroyed or severely damaged hundreds of thousands of acres of trees throughout the state for about a century have virtually disappeared in South Jersey.

An aerial survey performed in June and July showed evidence of gypsy moths in only 76 acres in Camden, Burlington and Ocean counties, according to the state Department of Agriculture.

The survey found evidence of gypsy moths in only 1,330 acres throughout New Jersey. The number of infested acres was so small that the state again opted to forgo its gypsy moth spraying program. The program was last used in 2011.

The discovery was in sharp contrast to what the annual survey found just a few years ago, when it discovered gypsy moth infestation in almost 340,000 acres from one end of the state to the other in 2008. The figure was also decidedly smaller than the 800,000 acres that the state Department of Environmental Protection estimates were damaged by the insect during the height of New Jersey's gypsy moth infestation in 1981. 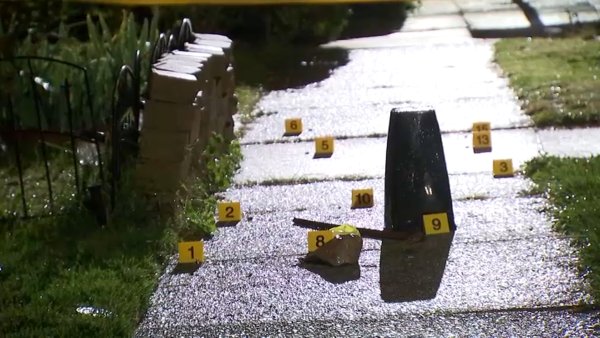 "For the last five years, New Jersey has experienced very substantially less gypsy moth damage through a combination of favorable weather conditions, an army of beneficial insects and intense surveillance," state Secretary of Agriculture Douglas Fisher told The Press of Atlantic City. "We will continue our work, along with (DEP), to protect the state's trees from being devastated by the gypsy moth caterpillar."

Still, officials at Rutgers University's Department of Entomology warn that the decline in gypsy moth numbers could spike in the future based on a number of variables.

For instance, there could be significant regional outbreaks as the gypsy moths migrate through the state, said James Lashomb, an entomology department professor. Those favorable weather conditions that helped a gypsy moth-killing fungus the past few years could change, he said.

"I think it's premature" to consider the state's gypsy moth problem completely under control, he said.

Another involves a fungus named entomaphaga maimaiga, which was brought to the United States from Asia early in the 20th century to combat the spread of gypsy moths.

The fungus was first released in the United States in 1910 without much success, according to researchers at Cornell University. The fungus was released again around 1980, and this time it started to take its toll on the gypsy moths, the researchers found.

The fungus works by causing various deadly infections in gypsy moths. The fungus needs a wet spring to thrive, a condition that has occurred in New Jersey for the past few years, said state Agriculture Department spokeswoman Lynne Richmond.

The third part of the program involves seven wasp, three fly and one beetle species that were released in New Jersey during the last century until the 1970s, Richmond said. Those insects are gypsy moth predators, she said.

Lashomb said those species pose no threat to what he called "beneficial insects." The species underwent a "rigorous screening program" in a Delaware laboratory with sealed rooms to prevent their escape in case they were found to be invasive, he said.

Lashomb said another source of gypsy moth prevention may come from the very trees whose leaves the insects devour. Those trees may be developing leaves whose chemistry is changing, creating less-nutritious leaves that gypsy moths may not eat, he said.

"The trees can build up their defenses," he said.

Gypsy moths feed on hundreds of varieties of trees and shrubs. They prefer the oak as a host tree.

The gypsy moth is native to Europe and was introduced in the United States in Massachusetts in 1869 by a French botanist trying to develop a silkworm industry.

Some of the gypsy moths eventually escaped from his laboratory. They colonized and spread -- a gypsy moth can travel about 13 miles in a year -- and are now found in about 19 states.

According to researchers at Rutgers, gypsy moths were first discovered in New Jersey swarming on a property in Somerville, Somerset County, in June 1920. The insect probably arrived on the property in its egg stage on blue spruces imported from Europe in 1911.

The gypsy moths quickly spread, infesting about 410 square miles by 1921, the researchers found.

New Jersey first began spending money to combat the gypsy moth threat in 1921, when it allocated almost $117,000. That translates into slightly more than $1.4 million today.