A man and a toddler were both shot by a gunman in Woodlynne, New Jersey, Thursday night

A man and a toddler were both shot by a gunman in Woodlynne, New Jersey, Thursday night.

The man told police he was inside his vehicle with a 2-year-old child and another man in the backseat at the intersection of 4th and Chestnut streets around 7:30 p.m. when three suspects approached the car. 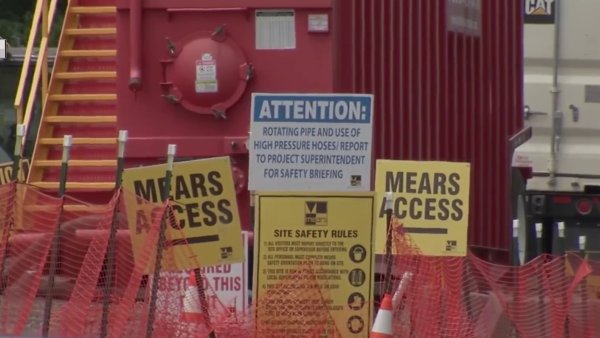 "Anyone who can open fire on a vehicle with a child inside is an extremely dangerous individual," Acting Camden County Prosecutor Jill Mayer said. "Our Major Crimes Unit is working hard with Woodlynne Police to find those responsible."

Both victims were taken to the hospital. Officials have not revealed their conditions.

No arrests have been made and police have not released a description of the suspects.

If you have any information on the shooting, please call Camden County Prosecutor’s Office Detective Allison Dube-Smith at 856-225-7105 or Woodlynne Police Detective Edgar Feliciano at 856-535-6780.

You can also email information to ccpotips@ccprosecutor.org.

Editor's Note: This story has been corrected to reflect the time and location of the shooting.