Grace Period Over: Speeding on Roosevelt Blvd. Could Get You a Ticket

The thoroughfare is one of the deadliest in all of Pennsylvania

An initial grace period is over and now drivers speeding along Roosevelt Boulevard, one of the most dangerous thoroughfares in Philadelphia, could get tickets if caught by cameras.

Initially, there was a 60-day grace period for drivers going above the posted speed limit, but Saturday marks the beginning of tickets being issued.

“There’s children that have died, whole families. [Speeding] is all night and all day, so whatever you can do to slow the traffic down, make people more careful and more attentive to what they’re doing, the better it is for us,” said Chris Proctor, who regularly drives along the boulevard. 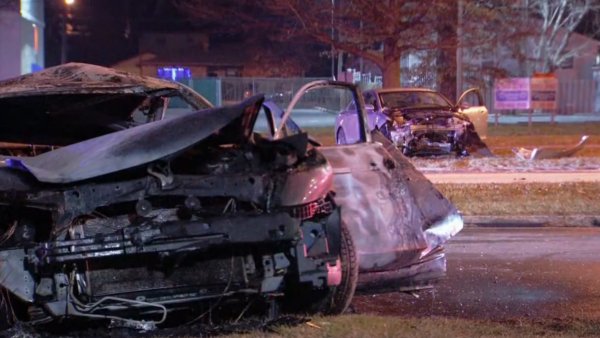 A total of 32 cameras were installed at eight intersections along the Boulevard, which is officially numbered U.S. 1. They are:

What Is the Purpose of the Speed Cams?

The point of the program is to save lives, city officials say.

"Managing speeds to save lives is a cornerstone of Vision Zero," a spokeswoman for Kenney said after City Council green lighted the legislation last year. "With around 100 people being killed in traffic crashes on Philadelphia streets every year, we are committed to continuing to bring to together street design, education, enforcement, and policy changes that will manage speeds and, thus, save lives making Philadelphia streets safe for everyone."

The cameras could also serve as a moneymaker for the City.

Speed cameras already operate in other cities, including New York City, where 600 new cameras were recently approved for streets around city schools.

In Washington, D.C., an incredible 1 million tickets were issued via speed cameras in 2017.

In Maryland, speed cameras across the state brought in $64 million in revenuein 2018.

What Fines Will Drivers Face?

Cameras will be programmed to take photos of any vehicles going 11 mph over the 45-mph speed limit and mail them a ticket.

Fines increase if drivers don't respond to tickets within 30 days.

A woman was killed in a fiery crash on Roosevelt Boulevard. NBC10's Drew Smith has the details.

The Dangers of the Roosevelt Boulevard

The stretch of Roosevelt Boulevard from Hunting Park at Ninth Street to Northeast Philadelphia's border with Bucks County is more highway than inter-city thoroughfare.

Between 2013 and 2017, 139 people died or were seriously hurt, according to Pennsylvania Department of Transportation statistics provided by Councilwoman Cherelle Parker, who sponsored the speed-camera legislation.

The boulevard, which is six lanes and expands to as much as 12 lanes the farther north it goes, has long been known as one of the deadliest in all of Pennsylvania.

Red-light cameras have operated for years in some locations along the boulevard. But problems with those cameras' functionality have hindered their success in slowing speeding drivers or lessening fatalities.

"We know that speed is especially deadly for people walking and biking, and that if we can get motorists to change their behavior and slow down, we can reduce crashes and save lives," Parker said.