A 13-year-old girl was in police custody at St. Christopher’s Hospital after she and some classmates took prescription sleeping pills during school hours, according to authorities.

The girl allegedly brought the drugs, believed to be Ambien, to H.A. Brown Elementary School in the Kensington section of the city and them out to at least six other students, the school district said.

A teacher noticed the students appeared to be drowsy and the teacher called 9-1-1, officials said.

1,000s of Former Republicans Will Play a Role in Philly DA’s Democratic Primary 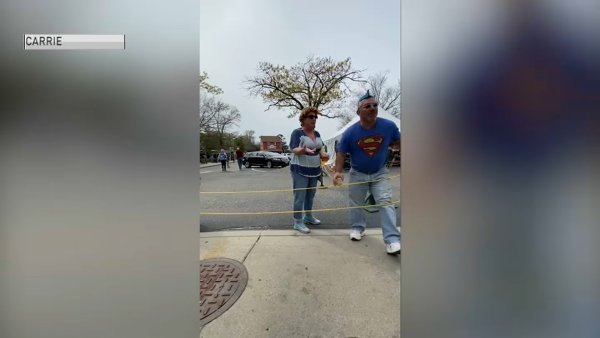 All the children were taken to St. Chris’ to be evaluated, according to officials.

Hospital officials say two students were being kept overnight in good condition. They were being observed for unstable heartbeats, their mothers said.

Five others were treated and released, hospital officials said.

At least one of the students thought the pills were candy.

"They handed me something -- I thought like it was a Tic Tac or something," said student Sonia Cortez. "I started biting on it but I noticed it tasted kinda funny so I was like, 'what is this?' So that was when my friend gave me the pill bottle."

Cortez was out of the hospital after a couple of hours.

Upset parents were left asking why their kids would eat something not knowing what it was and if the school could have done anything to have prevented this from happening.

The girl who gave out the pills was in the care of police while at the hospital and would likely face suspension, officials said.