Philadelphia police say a gunman's rampage started with him demanding that a woman who works at a Germantown church give him food, money and her car. It ended with him shot and killed by police.

A rampage through part of Philadelphia’s Germantown neighborhood early Thursday morning ended with a young woman being shot dead, a young man hurt and the suspected shooter killed by police officers.

On Friday, Police Commissioner Danielle Outlaw and other police brass addressed the deadly ordeal that led to an exchange of gunfire between the man and multiple police officers.

"Yesterday, a violent and armed individual began a cycle of events that will forever change the lives of countless people, including a very young, innocent woman who's life was just beginning," Outlaw said.

Outlaw said the officers showed bravery in meeting gunman Stanley Cochran as he went on the crime spree.

The incident began around 3 a.m. Thursday when Cochran, armed with a mini Draco assault-style weapon, entered the rectory at Saint Luke's Episcopal Church on the 5400 block of Germantown Avenue, police said.

A worker at the church, who knew Cochran, heard a noise and went to check it out, police Lt. David Hendershot, who investigates officer-involved shootings, said.

Cochran told the woman he wanted to kill someone and he wanted her to grab that person, investigators said. But, the worker said she didn't know the person he was asking for.

Over the next 30 to 60 minutes, Cochran demanded food and money from the 29-year-old woman. At one point, he demanded that she take him to Wawa. The woman, however, continued to refuse.

He eventually then fired his gun from the 2nd floor toward her, Hendershot said. She then turned over the keys to her Kia Spectra. Cochran then drove off in that worker's car before ditching the car along Greene Street, police said. The woman wasn't hurt.

A short time later, around 4:15 a.m., the man opened fire on a black Infiniti sedan driven by 19-year-old Skyler Owens-Mooney.

Owens-Mooney was shot in the head while driving south on Greene Street, investigators said. She then turned onto Armat Street where she crashed into some parked cars.

Officers found the injured young woman in her car and rushed her to the hospital where Owens-Mooney died a short time later, police said.

A 19-year-old man in the passenger seat was shot in the back, Hendershot said. That man managed to get out of the car and ran to a nearby relative's home for help. He was treated at the hospital and released.

A woman parked in her black Volvo at Greene Street and Maplewood Avenue heard gunfire and pulled up to a car that she saw drift into the intersection a block up at School House Lane, Hendershot said.

At that point, Cochran appeared in front of the woman's car, pointed his gun at her and demanded that she get out of the car, police said. The victim reversed on Greene to get away. She traveled about two blocks in reverse to Chelten Avenue as Cochran ran toward her.

The woman in the Volvo then flagged down police in the area and let them know what was happening. She then saw the officers confront Cochran at Greene and Chelten and sought cover. 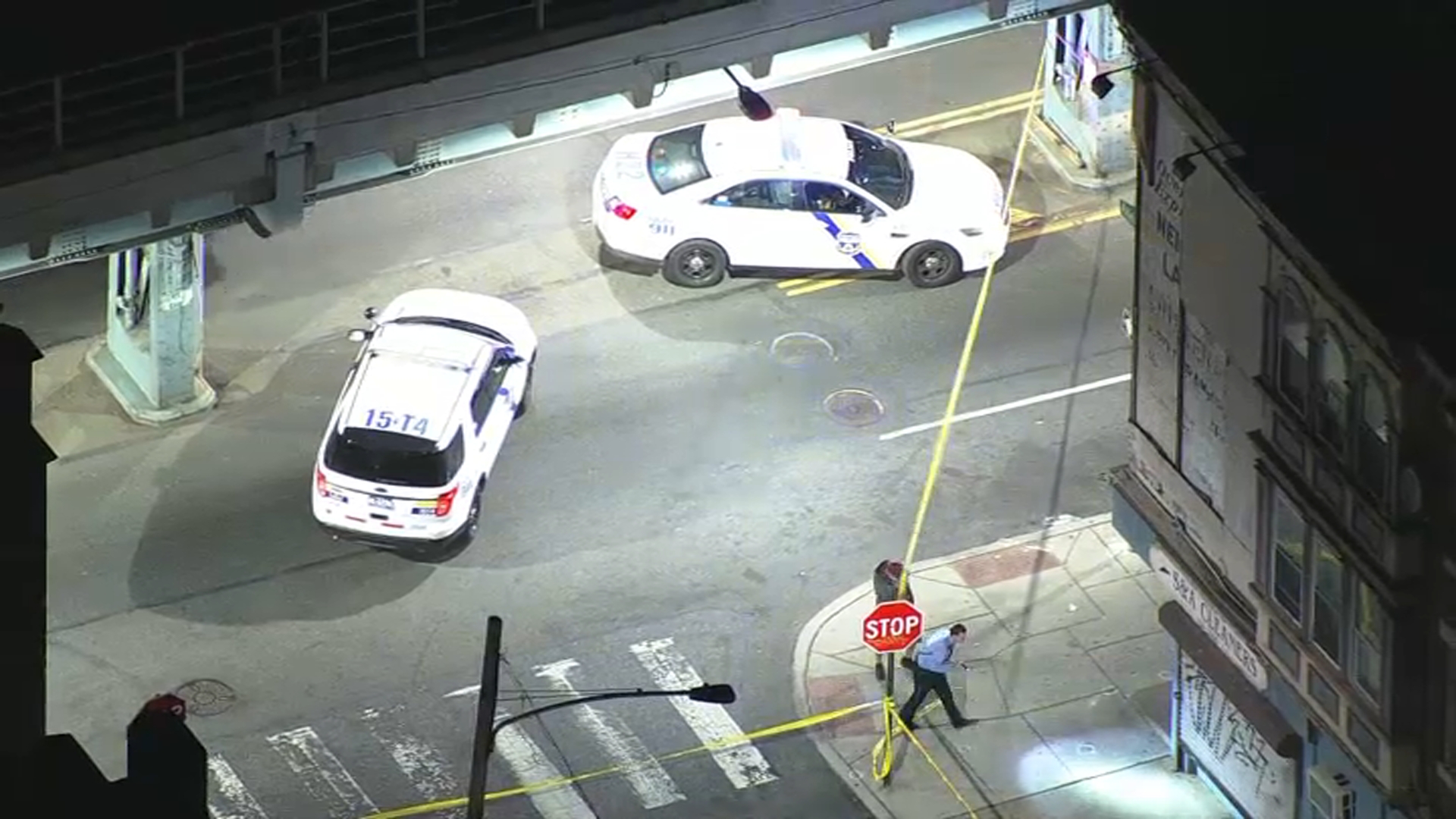 Gunmen Kill Man, Injure 6 Others in Mass Shooting in Philadelphia 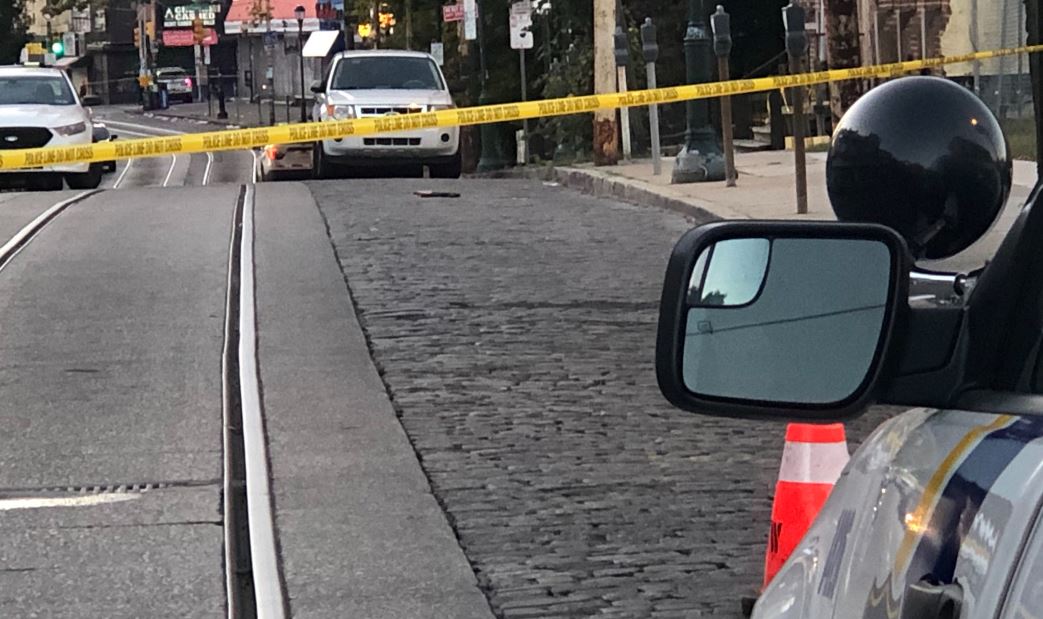 14th District officers in a marked police vehicle ordered Cochran to drop the assault-style rifle but he continued in their direction, Hendershot said. Officers opened fire on the gunman, but don't think they hit him.

Cochrane then fled toward Vernon Park, where they lost sight of him, investigators said.

The man exited the park at Rittenhouse Street and ran toward Germantown Avenue.

An officer in a marked patrol car hopped out and positioned himself behind a building for cover, police said. The officer told Cochran to drop his weapon, but he didn't. Cochran and the officer then exchanged gunfire, Hendershot said.

Cochran then hopped into the officer's police car and tried to take it, but had no success as the keys weren't inside, investigators said.

Cochran got out of the car and began to advance toward the officer, who opened fire, again, Hendershot said. Another officer arrived and struck Cochran in his body along Germantown Avenue.

No police officers were physically injured.

In the hours after Thursday morning's deadly incident, Sgt. Eric Gripp called the gunman a "deranged individual who was on a rampage."

At Friday's news conference, homicide investigators revealed they were investigating a lead that Cochran shot and killed two people along Lambert Street in the West Oak Lane neighborhood on Monday. Investigators have yet to link Cochran to the homicides.

Investigators said that Cochran run-ins with police before. The gun he was carrying had been purchased in Virginia two years ago, police said. Still, investigators are working to determine how he got the gun since Cochran was not legally allowed to have a firearm.

Philadelphia has been ravaged by deadly violence in 2020, with the homicide count of at least at 371 as of Friday. That's up 40% year-to-date and already exceeds the total number of people killed last year. In recent days, multiple teenagers have been gunned down and at least one man died in a mass shooting in Frankford.

The shooting spree happened a day after Philadelphia’s mayor and city council announced a lawsuit against Pennsylvania, pushing for the ability to enact new gun laws.