Elected officials, including U.S. Senators Chris Coons of Delaware and Bob Casey of Pennsylvania, called for stronger police oversight and law enforcement reforms to stop "systematic racism" as part of the local reaction to the guilty verdict Tuesday in the murder of George Floyd by a Minneapolis police officer.

And in New Jersey, the union president of the state police troopers' union said Derek Chauvin's actions "do not represent who we are," referring to the state's largest law enforcement agency.

Chauvin, 46, was found guilty on all three charges after a 16-day trial in Minnesota. He was tried on 2nd and 3rd degree murder charges as well as manslaughter.

The verdict was announced early Tuesday evening after the jury told the judge in the case at about 3:30 p.m. that they had reached a decision.

Former Minnesota police officer Derek Chauvin was found guilty on all counts in the murder of George Floyd. NBC10 has reactions from across the region.

Philadelphia Mayor Jim Kenney was the first local elected official to tweet about the highly anticipated verdict in the case of officer charged with Floyd's death, Derek Chauvin. He called for a citywide prayer at 7 p.m.

Thousands gathered in cities and towns across the United States. In Philadelphia, 1,000 National Guardsmen are patrolling city streets at the behest of Kenney and Gov. Tom Wolf.

Many businesses in numerous neighborhoods throughout the city were boarded up in anticipation of the verdict.

Reaction by citizens was not immediate or immense in places like Center City or West Philadelphia, where civil unrest led to clashes with police last year following Floyd's death. 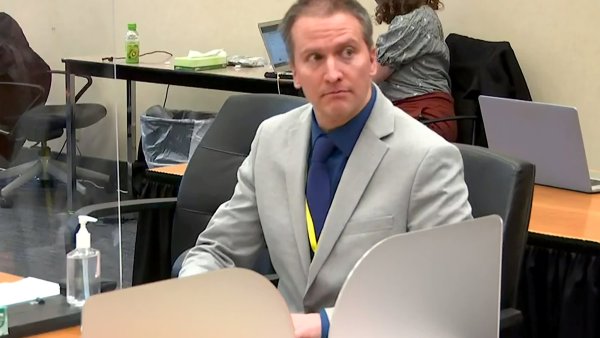 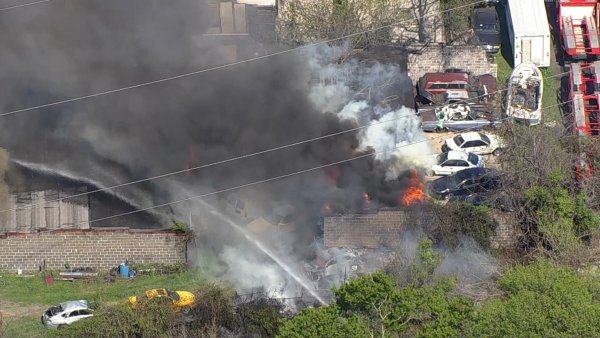 But elected officials and others like the president of the New Jersey State Police troopers' union quickly posted their reactions to the verdict.

"I said at the time last year that the actions in Minnesota were contrary to our training in New Jersey and does not represent who we are," NJSPBA President Patrick Colligan said in a tweet. "This event ran counter to the deeds put forward by so many good men and women in law enforcement every single day."

"This verdict doesn’t change the fact that we have necessary work to do to reform policing, build trust, & ensure justice," Coons said in a tweet.

Philadelphia District Attorney Larry Krasner, who has become a national leader in criminal justice reform and an outspoken advocate for police accountability, reiterated Coons' position that the verdict is a first step in a long road toward equality in the treatment of people of color by police.

"We hope that Mr. Floyd’s family and friends can find some modicum of peace today, even though we know that there is no way to ever fully restore their loss," Krasner said. "Now we must do our job and fight for transformational changes to policing and for increased accountability for officers who break the law. There is no time to rest."

U.S. Sen. Bob Casey, Democrat of Pennsylvania, said the verdict held one man accountable, but said "countless others have died at hands of police because of a broken system that must be reformed."

"True justice will come when Congress passes the George Floyd Justice in Policing Act and other measures to begin to right the wrongs created by systemic racism and injustice," Casey said.

That legislation, proposed in June 2020 in the House by U.S. Rep. Karen Bass of California, would strengthen police oversight and institute a national registry of police misconduct incidents.