As new details continue to be revealed about the Paulsboro train derailment, frustrations among those displaced by the accident are rising.

“It’s bad, real bad,” said Hawk Beverly, one of the evacuees. “They keep moving us around.”

Hazmat and emergency crews have determined that levels of the toxic chemical vinyl chloride are once again unsafe near the site of Friday's train derailment and chemical spill, forcing schools to close and keeping some nearby residents away from their homes. 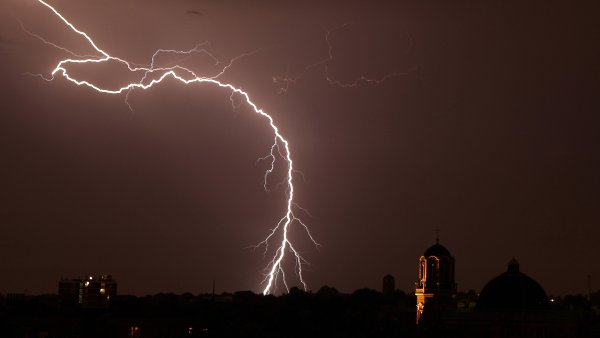 Homes near the crash site in Paulsboro, N.J. have been evacuated since soon after Friday's crash, and officials expect at least another five days before the more than 100 residents can return home.

Despite the chemical in the creek, water officials say it isn't getting into the drinking water. "Our water continues to be top quality and our operations were not impacted by the derailment," a Philadelphia Water Company spokesperson told NBC10.

Some residents were asked to stay at home and take shelter-in-place. Shelter-in-place means selecting a small, interior room, with no or few windows and taking refuge there until instructed otherwise.

The train was crossing a bridge over Mantua Creek at about 7 a.m. Friday when the bridge collapsed underneath it, dumping six of the train's cars into the creek. Four of the cars contained vinyl chloride, a colorless flammable gas with a sweet odor that is used primarily to make polyvinyl chloride (PVC) pipes and that evaporates quickly. One of the train cars was compromised, releasing about 180,000 pounds of the chemical into the creek, according to Conrail spokesperson John Enright.

Acute exposure to vinyl chloride via inhalation can cause dizziness, drowsiness, headaches, and even a loss of consciousness, and it is reported to be slightly irritating to the eyes and respiratory tract, according to a statement from Gloucester County Freeholder Director Robert Damminger.
More than 70 residents and workers in the small Gloucester county were transported to a local hospital Friday, complaining of respiratory problems.

Displaced residents who live in the 12-block evacuation zone surrounding the site of the derailment say they’re being shuffled between hotels because of overbooking. While Conrail is footing the bill for their lodging, the residents say the inconvenience has their patience wearing thin.

“It’s a waiting game,” said Tina Cruz. “We hope to hear good things, that the levels are down enough and we can go back home. But it’s just been up and down.”

“Right now I don’t have anywhere to stay,” said Lance Moore. “I’m just on the run around right now.”

Moore lives in the evacuation zone but doesn’t have an updated license and therefore can’t get a hotel voucher. Representatives from Conrail are at the evacuation zone giving people vouchers for lodging and personal care items. A physician is also on site for people like Shirley Tussey, who lives a block outside the evacuated area but believes she’s feeling the effects of the chemical exposure.

“I’m having surgery on Wednesday,” said Tussey. “My eyes are burning and I have a taste in my mouth. I’m just worried about it.”

Residents in the evacuation zone are being told to expect to be out of their homes until Saturday.
Public schools in the area were set to reopen Monday morning, but school district officials announced that they will remain closed following Monday's developments.

In a news conference Monday morning, the coast guard said that vinyl chloride levels are lower than any standard that would cause problems, but they are playing it safe.