William Warren Scranton, a former Pennsylvania governor, presidential candidate and ambassador to the United Nations, has died. He was 96.

Scranton died of a cerebral hemorrhage Sunday night at a retirement community in Montecito, Calif., where he lived with his wife, a family spokesman said Monday.

Scranton, a progressive Republican from the northeastern Pennsylvania city named after his wealthy family, was elected to Congress in 1960. He served one term before he was elected as Pennsylvania's 38th governor in 1962.

His foray into presidential politics occurred in 1964, during his one term as governor, when he emerged as a moderately liberal alternative to conservative Arizona Sen. Barry Goldwater after New York Gov. Nelson A. Rockefeller dropped out of the race. 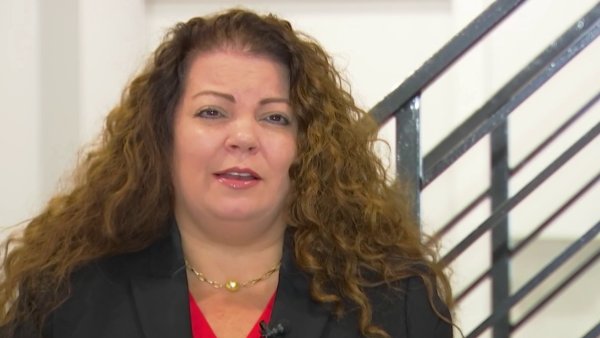 Scranton said he ran because he thought "someone had to oppose Goldwater,'' but that he knew he didn't have a chance.

He committed to the race barely a month before the Republican convention but lost the nomination by a 4-1 margin after a hoped-for endorsement from former President Dwight D. Eisenhower failed to materialize. In the general election, Goldwater lost to President Lyndon B. Johnson by a landslide.

"It is impossible to consider the short-lived Scranton campaign as a serious exercise in politics; but as an exercise in gallantry it may have saved the soul of the Republican Party,'' Theodore H. White wrote in his book, "The Making of the President, 1964.''

A popular governor skilled in public relations, Scranton took advantage of a strong economy to reform the Pennsylvania Civil Service, double spending on education and increase the state sales tax from 4 percent to 5 percent. He also oversaw the creation of the state's community-college system and the Pennsylvania Higher Education Assistance Agency, now a national provider of student financial aid services. State spending increased by 38 percent during his administration.

Scranton, whose ancestors accumulated vast holdings in iron, coal and railroads during the 19th century, was appointed ambassador to the United Nations in 1976 by President Gerald Ford. He served about 10 months in the post.

Although Scranton and his wife, Mary, spent much of their time in California in recent years, they also have a home in Waverly, Pa., near Scranton. They have four children.

The oldest of their three sons, Bill Scranton, served as lieutenant governor under Gov. Dick Thornburgh for eight years. The younger Scranton ran for governor in 1986, when he lost, and in 2006, when he dropped out before the primary.

Reaction to the death of William Scranton:

"Gov. Scranton was a world-class leader in government. He will be remembered as a man of humility, honesty, dignity and integrity.'' _ Gov. Tom Corbett.

"An extraordinary public servant. ... As a congressman and as governor, he prioritized education, economic development and job creation. When he left office after four years as governor, Pennsylvania's unemployment rate was one of the lowest ever.'' _ U.S. Sen. Bob Casey, D-Pa.

"Bill Scranton was a giant in American public life.  He will be greatly missed.'' Dick Thornburgh, former Pennsylvania governor and U.S. attorney general.

"His was a life dedicated to the service of our great commonwealth and our country.'' _ U.S. Sen. Pat Toomey, R-Pa.

"Whether in Harrisburg or representing America in the global community, Gov. Scranton sought common ground. Those of us privileged to know him will remember not only his contributions in public service, but decades of service to his community, commonwealth and country as a private citizen.'' _ Tom Ridge, former Pennsylvania governor and U.S. homeland security secretary.

"He will forever be remembered as a key supporter of the creation of the community college system and the Pennsylvania Higher Education Assistance Agency, both of which opened the doors of higher education for thousands upon thousands of Pennsylvanians.'' _ State Auditor General Eugene DePasquale.