A tornado packing winds of up to 135 miles per hour touched down in Berks County, Pennsylvania, Tuesday, the National Weather Service confirmed.

It ripped holes out of buildings, damaged cars and tore down trees.

The wind speed put the tornado in the "strong" category of the Enhanced Fujita scale, or EF scale, which defines the violent weather disturbances.

Officially, an EF2 tornado struck Caernavon Township in Berks County, with winds between 111 and 135 miles per hour. The exact path and width have yet to be determined.

Another tornado was confirmed in Sussex County, New Jersey, as part of the same storm system Tuesday. That disturbance reached EF1, with winds between 86 and 111 miles per hour.

Two other tornadoes were confirmed in parts of western Pennsylvania.

SkyForce10 captured images of storm damage around Morgantown including roofs ripped off and cars moved onto lawns.

Severe storms slammed the region Tuesday. NBC10 obtained viewer video of the storm from across the area. 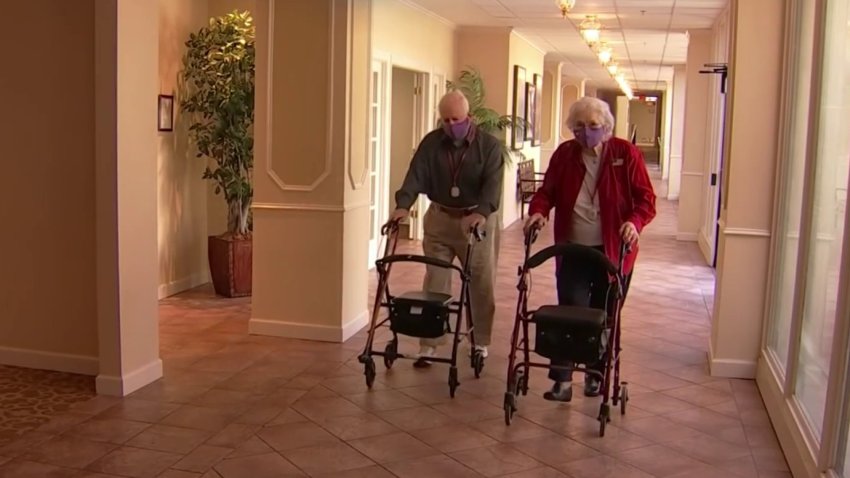 The storms were the remnants of the system of tornadoes that tore across Ohio and Indiana.

Damaged buildings and downed trees were reported throughout Berks County, including Caernavon Township and Morgantown. Storm damage was also reported in Chester County and parts of Delaware and New Jersey.

A string of storms, including a tornado, left a path of destruction in Morgantown, Berks County, Tuesday. SkyForce10 surveyed some of the damage Wednesday.

The recent spate of severe weather threats throughout the greater Philadelphia region has put a spotlight on the difference between the National Weather Service's tornado "watch" and tornado "warning" alerts.

A tornado watch is the less severe advisory, but still indicates that people should be prepared, according to the NWS. A watch typically covers a larger geographic area, like multiple counties or states, and means that a tornado is possible in or near these areas. Weather conditions during a tornado watch usually include thunderstorms.

First Alert Weather Meteorologist Brittney Shipp is explaining the difference between a tornado watch and warning and giving you tips in case a tornado hits your town.

A tornado warning is more severe and means that a tornado is happening or could be imminent, NBC10 First Alert Meteorologist Brittney Shipp said. A warning means "imminent danger to life and property," according to the NWS.

Despite the severe weather and damage, no serious injuries were reported.

Severe Storms and Hail Slam the Region For Three Days

As temperatures rose throughout the day, the threat of severe weather increased. The worst of the scattered storms hit during the evening commute.

The severe weather followed an earlier round of rain and thunderstorms that hit our area toward the end of the morning commute Tuesday.

Temps pushed toward 80 in the region Tuesday afternoon, heating up the atmosphere ahead of the second round of storms.

Keep checking back with the NBC10 First Alert Weather Team on air and download the app to get the latest forecast for your neighborhood throughout the week.