In yesterday’s blog, I talked about how difficult Erika’s forecast was going to be. The intensity uncertainty was even higher than usual. And even though the computer forecast tracks looked similar, I said they couldn’t be trusted, since Erika was so disorganized. Now, less than 24 hours later, the computer forecast tracks AND the official National Hurricane Center track have shifted well to the left. This was no surprise. From yesterday’s blog:

“So far, Erika has been weak enough to be steered straight west. As long as it stays weak and disorganized, it should track more to the left than most computer models say”

‘In Harm’s Way’: Foster Care System Under Microscope After 2 Homicides

“….Erika to track more to the left, move near the mountainous islands from Puerto Rico to Cuba, and be so disorganized that it won’t be able to recover. There’s at least a 30% chance of that happening”

SHOULD WE PUBLICLY DISAGREE WITH “OFFICIAL” FORECASTS?

This has always been a tough one for me, since worked at the National Hurricane Center long ago. I’ve been there when these potentially life-saving forecasts are made, and have admired many of the Hurricane Specialists there. Disagreeing publicly with NHC and downplaying a hurricane that gets worse can have fatal consequences. Studies have shown that many people, when faced with conflicting forecasts, will choose to follow the least threatening. Imagine if some local TV weathercaster downplayed Sandy, or Katrina, or Andrew. Basically, if we disagree significantly, we better be right.

But it depends on where you’re working. When I worked at AccuWeather (also long ago), we were encouraged to emphasize our disagreement with NHC or other National Weather Service forecasts. They used to take out huge newspaper ads bragging of their “victories”. They still disagree at times, but don’t seem to be as aggressive as they used to be. On the other hand, some other private sector meteorologists slam NHC sharply at times. Erika has been one of those times. One well-known meteorologist admitted he was on a “rant” and asked of NHC: “are they drunk?”

I’m not the only one who saw that the weak Erika was likely to follow the lower-level winds and steer well west of the NHC forecast (as demonstrated above). But what do we say, and how do we say it? How subtle do we need to be? Or can we emphasize our disagreement, with confidence that we are right and NHC is wrong? Remember, TV weathercasters are ad-libbing. There is no script. Sometimes words slip out that we regret later. In the rare times I publicly disagree (as with Erika), I try to prepare the phrasing a bit, so I don’t end up slapping myself for even one wrong word on-air.

The safe thing is clearly to show the NHC forecast on TV, and just “go with it”. Most do. But are we really serving our viewers by putting something on TV that we don’t agree with? Is it different for those of us with degrees in Meteorology and many years of experience in tropical forecasting?

In retrospect, I wish I had disagreed more publicly with Hurricane Irene in 2011. It was a category 3 major hurricane as it traveled north and hit near the North Carolina Outer Banks. And it was predicted to move up along the East Coast, directly affecting New Jersey and Delaware. It’s always a big deal when a hurricane comes up this way. But some hurricanes are different than others. Previous hurricanes taking this track have caused wind damage, depending on how strong they were (the 1944 storm destroyed much of the Atlantic City boardwalk).

But that track does not produce big storm surges (which was the worst part of Sandy). Tracking so close to land leads to weakening. Yet ALL of Cape May County was evacuated. When I heard that, I almost didn’t believe it! Why was this necessary? This was not a “worst-case scenario”. The whole county? Yes, there would be wind damage, but….

So, now what do I do? The newscasters read the story about the government ordering the evacuation. But when they did the “toss” to me, I went right into the weathercast, just talking about the facts. Careful wording can help enhance or “play down” the threat, and I tried to make sure our viewers would not expect a “historic storm” at the shore. And indeed, Irene was not “historic” for the Jersey Shore. A lot of people mentioned Irene a year later when they were asked why they didn’t evacuate for Sandy. The over-forecasting of Irene clearly led to an under-estimation of the threat of “the big one” (which took the worst-case track).

SO, WHAT ABOUT ERIKA NOW?

Once again, the weak, dis-organized storms tend to move to the left of the computer models. Since it is still weak, I would expect moving near the Dominican Republic and Haiti with their high mountains will weaken Erika even more. Maybe it will just be an unorganized blob of thunderstorms by Sunday. It sure doesn’t look like it will be able to get itself together fast enough to strengthen into a hurricane by that time. This lessens the wind and storm surge threat to Florida for now, but they could still get a LOT of rain in some places. South Florida is in a severe drought and needs rain, so it’s possible Erika could turn out to be helpful there.

Here are the 2pm Friday computer model forecasts. Notice that many now take Erika into the Gulf of Mexico. Very weak wind shear is predicted in the Eastern Gulf early next week, which would make conditions favorable for strengthening (very warm water, too). The Central and Western Gulf should have high wind shear, limiting Erika’s potential. 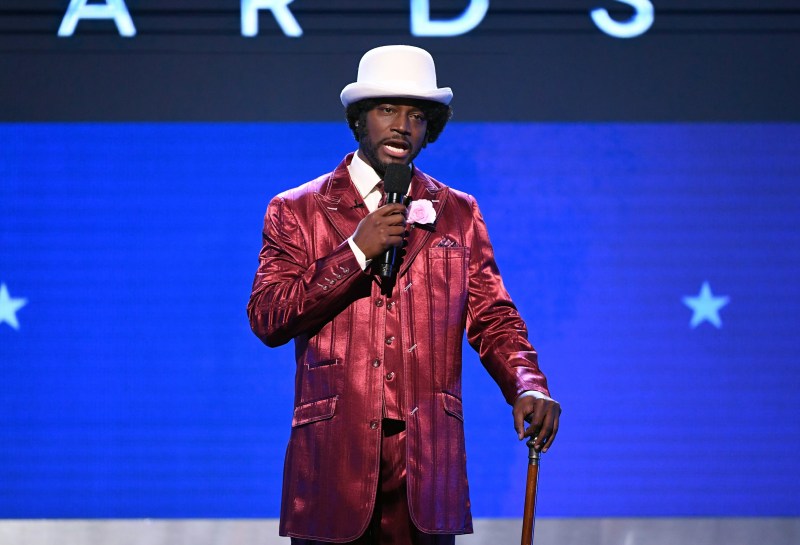 Photos: See the Top Styles and Moments From the 2020 Critics’ Choice Awards 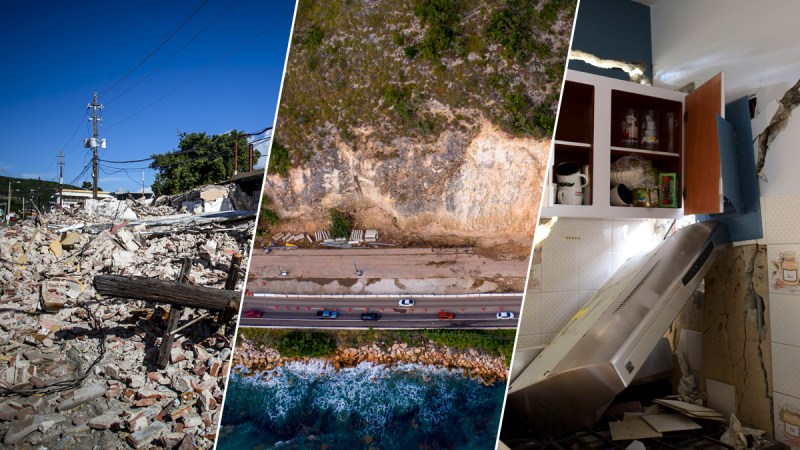