Officials say their investigation revealed the officer did not commit a crime.

Charges have been dropped against an off-duty police officer who was accused of exposing himself to two boys after investigators determined the children walked in on him while he was using the bathroom.

A 13-year-old boy and his 9-year-old brother told police that Penns Grove Officer Anthony Minguez exposed himself to them at an Applebee’s restaurant back on March 29 in Pennsville. The mother of the boys told NBC10 her sons walked out of the men’s bathroom in tears.

“He said, ‘The man in there shook his penis at us and bust out laughing and thought it was funny,” she said. 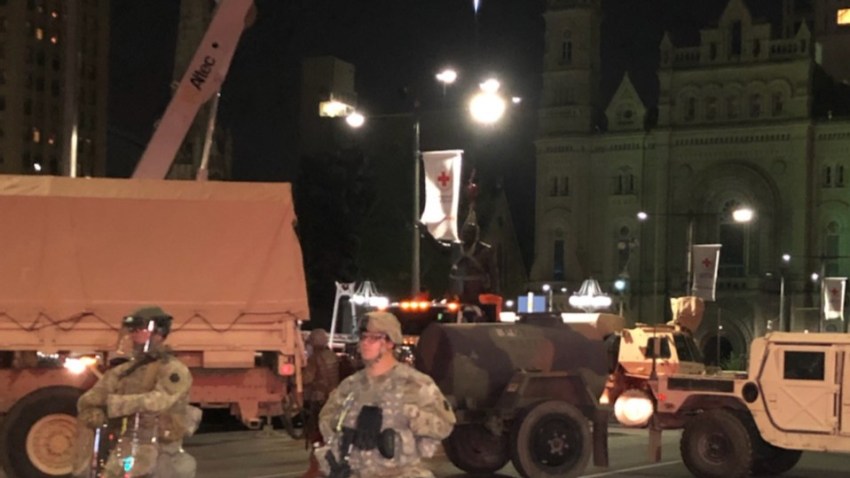 Police who responded to the restaurant said Minguez was visibly intoxicated. The officer was charged with lewd behavior and disorderly conduct and the Salem County Prosecutor’s Office launched an internal affairs investigation.

On Monday the Prosecutor’s Office announced the lewdness and disorderly conduct charges against Minguez would be remanded.

Lenahan said officials conducted a thorough investigation of the incident which included interviews with the two children, patrons, the bartender, manager, waitresses and a review of video evidence. Based on the investigation, they determined Minguez did not commit a crime.

“The elements of the indictable crime of 2C:14-4B1 indicate the subject must expose himself for the purpose of sexual gratification,” Lenahan wrote. “In this case, the subject was exposed for the purpose of urinating, not sexual gratification. At this point the allegations do not rise to the level of an indictable crime and the allegations of lewdness and disorderly conduct are being remanded to the Pennsville Municipal Court for adjudication.”

Officer Minguez remains on duty, according to NJ.com.