A suspended New Jersey police officer has been indicted for the murder of his baby girl last year. 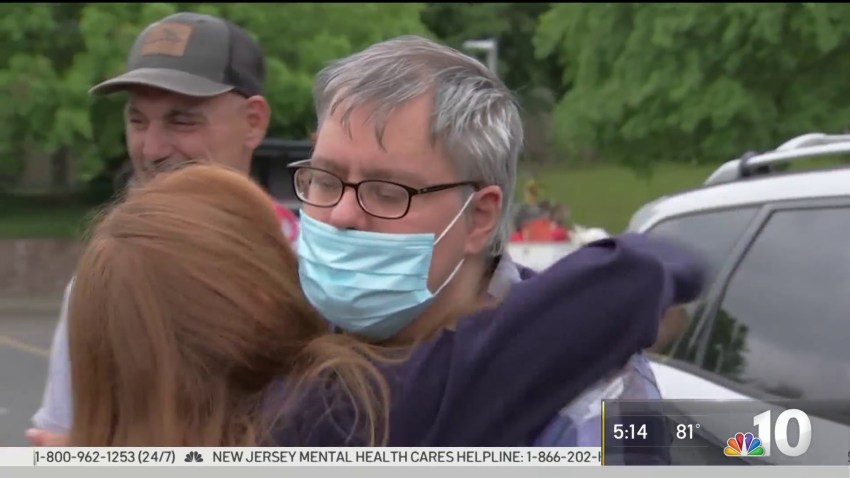 Daniel Bannister, 31, was taken into custody in July at a Ewing Wawa store.

The investigation began on Dec. 5, 2018, when medics responded to the Bannister’s home in Ewing Township for a report of an unresponsive baby girl having difficulty breathing and in cardiac arrest. Hailey was taken to Capital Health Medical Center – Hopewell where doctors determined she suffered a fractured skull, brain bleed and multiple fractured ribs. She was transferred to Robert Wood Johnson Children’s Hospital where she died on Dec. 11.

The Mercer County Prosecutor’s Office Special Victims Unit and Homicide Task Force were contacted due to the suspicious nature of the girl’s injuries. An Middlesex County Medical Examiner’s Office autopsy determined the girl died from blunt impact trauma of the head, which included skull fractures and subdural hemorrhage.

Hailey's death was ruled a homicide and investigators said the injuries indicated an ongoing pattern of abuse.

NBC10 visited the couple's home in July for comment. A man, who did not identify himself, claimed Bannister had been falsely accused.

"He kept getting real aggressive with me," the neighbor said. "Screaming a whole bunch of nonsense all around the neighborhood."

Daniel Bannister had been hired by the Ewing Township Police Department in May 201,7 but was suspended from the force in December, Ewing police said in July.

It was unclear if either of the Bannisters has an attorney who could comment for them.