'I didn’t give him the finger or beep my horn at him or anything to heighten the situation at all,' Ryan Eberly said

No confrontation led up to last week's shooting that killed a vacationing Pennsylvania mother of 6 on a North Carolina highway when another driver fired into the family's car, her husband said.

Ryan Eberly, 40, told LNP for a story Monday that he may have accidentally forced the other motorist over to the shoulder of Interstate 95 southbound when he switched lanes before seeing the other car, but that he did not escalate the situation.

“I didn’t give him the finger or beep my horn at him or anything to heighten the situation at all,” Eberly said.

Julie Eberly, 47, died at a hospital after the shooting last Thursday. 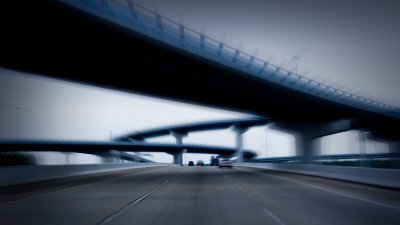 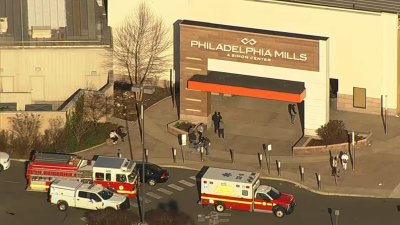 Investigators have not arrested a suspect, although the Robeson County Sheriff’s Office has described the suspected shooter's appearance and identified his vehicle, posting a photograph online of the silver, four-door Chevrolet Malibu.

The Eberlys were going on a beach vacation to celebrate their seventh wedding anniversary. They have six children after each bringing three kids to the marriage.

Eberly said he had switched into the right lane to go around a slower driver and became aware of the Malibu driving on the shoulder. The Malibu’s driver rolled his window down and gestured, Eberly said.

Eberly said he responded by gesturing that he was sorry and returned to the left lane. Moments later, he noticed the Malibu following closely behind him before the driver then pulled alongside, rolled down the window and started shooting, Eberly said.

“I looked over. The passenger window of my car was shattered. My wife called my name,” Eberly said.

After the bullets were fired, the Malibu drove on ahead, its driver holding the handgun out of the window.

“My immediate attention turned to my wife and, obviously, I determined she was hit and got to the shoulder as soon as I could,” he said.

Ryan Eberly was not injured.

A $20,000 reward is being offered for information leading to the shooter's arrest.

We are going to aggressively track down the driver of this vehicle," Sheriff Burnis Wilkins said. "Detectives have worked nonstop 24/7 to identify this coward. If you know who it is and who owns this car, come forward now. Do not become part of a conspiracy and call us now."

The Robeson County Sheriff’s Office can be reached at 910-671-3170 and/or sheriff@robesoncoso.org.