In the video obtained by NBC10, several men are standing on a corner near 55th Street and Cedar Avenue Tuesday afternoon when a white SUV pulls up and stops. Two men jump out of the driver's and passenger doors, pull out guns, and begin shooting at the group on the corner. 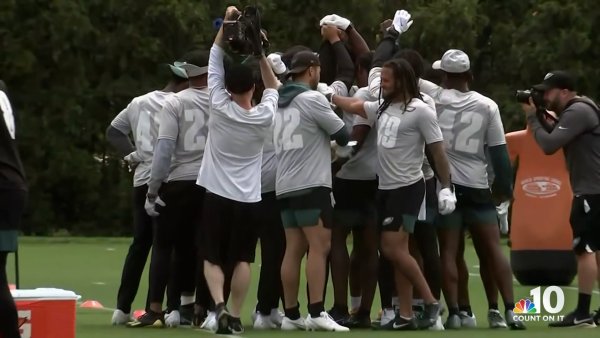 The Lineup 41 mins ago

Eagles Training Camp Kicks Off as Fans Wonder Who Will Start: The Lineup

The gunmen jumped back into the SUV and took off seconds after unloading on the corner. The shooting happened within a block of Boys' Latin Charter School, and the school was placed on lockdown for a period of time after the shooting. No students were injured.

Police have not provided any details on what motivated the shooting but say the victims were all intended targets.

The gunmen remain at large.