A man who Philadelphia police say attacked a driver and pulled out a gun during an assault while riding a dirt bike on Broad Street, which was caught on camera earlier this week, is facing charges and also accused of attempted murder in the shooting of a pharmacist last month.

On Friday, the Philadelphia District Attorney's Office announced a slew of charges against 27-year-old Gregory Stevens for the two recent incidents, including attempted murder charges in the pharmacy robbery.

On Tuesday, shortly after 6 p.m., a 25-year-old man was driving with his 13-year-old brother north on South Broad Street behind several dirt bikes and quads. The group of bikes stopped abruptly near Washington Avenue, causing the man’s car to strike one of the bikes, police said.

The driver told police he got out of his car to see if the rider of the bike was hurt. The dirt bike rider allegedly became hostile and demanded payment for the damages to his vehicle. 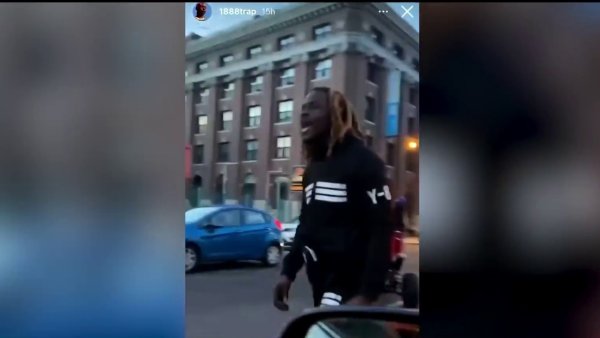 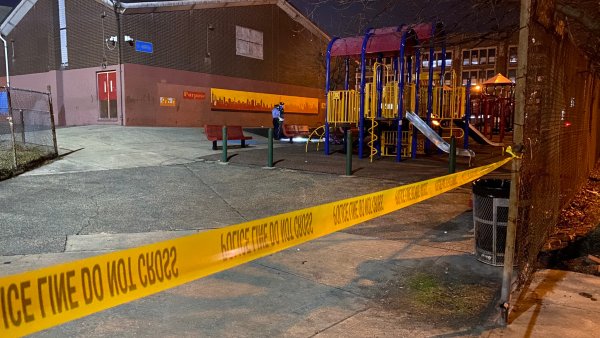 3 Dead, Including Teens, 6 Hurt in 3 Separate Shootings in Philadelphia

Police said other dirt bikes surrounded the driver’s car while the man alleged to be Stevens attacked him. The driver managed to get back into his vehicle and lock the doors but the other dirt bike riders began throwing garbage at the car.

"Stevens was also seen in the video retrieving a firearm, which prompted bystanders to verbally intervene," the DA's office said in Friday's release announcing the charges. "Video also captured Stevens picking up cinder blocks and throwing them at the windows of the complaining witness, resulting in further damage to the vehicle and injury to the victim."

Police confirmed that they obtained video from social media showing the suspect attacking the victim and breaking his car windows. At one point in the clip, the suspect returns to one of the parked dirt bikes, takes out a gun and walks toward the victim’s vehicle when someone else stops him and the group flees.

"Like most, I was both shocked and sickened by the utter lawlessness I saw in that video," Philadelphia Police Commissioner Danielle Outlaw said.

The victim suffered minor injuries from the attack and broken glass. His father, who did not want to be identified, told NBC10 his son returned home from the hospital after getting X-rays.

Tuesday's incident happened just hours after the DA's office approved an unrelated arrest warrant for Stevens for his alleged role in a Feb. 22 armed robbery at a pharmacy along the 3900 block of Kensington Avenue.

Stevens is charged with attempted murder, robbery, aggravated assault and other counts in the Feb. 22 incident.

The DA's office said that Stevens is not permitted to carry a gun and is on parole for a 2014 robbery.

“This violence is an outrage and will be vigorously and justly prosecuted," District Attorney Larry Krasner said. "It also raises questions about the challenges state supervision faces when many court functions are still shut down."

Editor's note: This story has been updated with the new bail amount set by the District Attorney' Office.