Despite the chaos and death caused when a mob of President Donald Trump supporters stormed the U.S. Capitol, nearly all members of Pennsylvania’s Republican delegation in Congress objected to Democrat Joe Biden’s election victory.

The objections from Pennsylvania Republicans came despite other would-be objectors backtracking after Wednesday afternoon’s violence, and with the Keystone State delegation echoing already debunked claims of widespread election fraud. Benches cleared later in the night when Pennsylvania Democratic Rep. Conor Lamb rebuked them and other Republicans early Thursday morning.

The eight GOP members – Lloyd Smucker, Fred Keller, Glenn Thompson, Guy Reschenthaler, Scott Perry, Mike Kelly, John Joyce and Dan Meuser – had signaled early Wednesday that they would raise objections, and they followed through despite other Republicans backing down in an effort to keep the peace. Missouri Sen. Josh Howley seconded their objection to Pennsylvania’s Electoral College votes going to Biden.

“I object to the electoral votes of my beloved commonwealth of Pennsylvania on the grounds of multiple constitutional infractions,” Rep. Perry, who represents Pennsylvania’ 10th District, said in a floor speech

Though they objected the presidential election results, the Pennsylvania Republicans did not object to the results of their own elections. The other two Pennsylvania GOP members – Sen. Pat Toomey and Rep. Brian Fitzpatrick – did not object.

Conor Lamb, D-Pa., was making his speech against the objection to the electoral vote count in Pennsylvania when tempers flared.

Rep. Dan Meuser, who represents portions of Berks County, admitted on Twitter that, “It is true that fraud has not been proven,” but said he was still objecting because Democratic Gov. Tom Wolf and Secretary of State Kathy Boockvar “engaged in unlawful actions changing the rules during the election.” Meuser later deleted his tweets.

In fact, the rules of the 2020 presidential election were approved by Republicans in Pennsylvania back in 2019, a fact that Democratic Rep. Lamb, who represents portions of Allegheny, Beaver and Butler counties, underscored.

“I wanted to point out to all these great lovers and supporters of the Pennsylvania Legislature that it was the Republican Pennsylvania Legislature that passed a Republican bill that they all voted for and supported that set up the system under which we just ran the election, and that the reason the president lost was because he was not as popular as other Republicans in our state. He got fewer votes than all of them,” Lamb said as he addressed his Republican colleagues across the aisle.

Lamb’s comments, in which he said GOP members had been telling “lies” about votes in his state, caused tempers to flare and benches to clear as Rep. Morgan Griffiths, R-Va., demanded Lamb’s comments be stricken from the record.

As Lamb continued to speak, Rep. Andy Harris, R-Md., shouted in frustration. A Democrat across the floor told him to "sit down," causing Harris to shout back and for the pair to confront one another. Around a dozen lawmakers from both parties then got up and angrily approached one another before tensions were diffused ahead of things coming to blows. 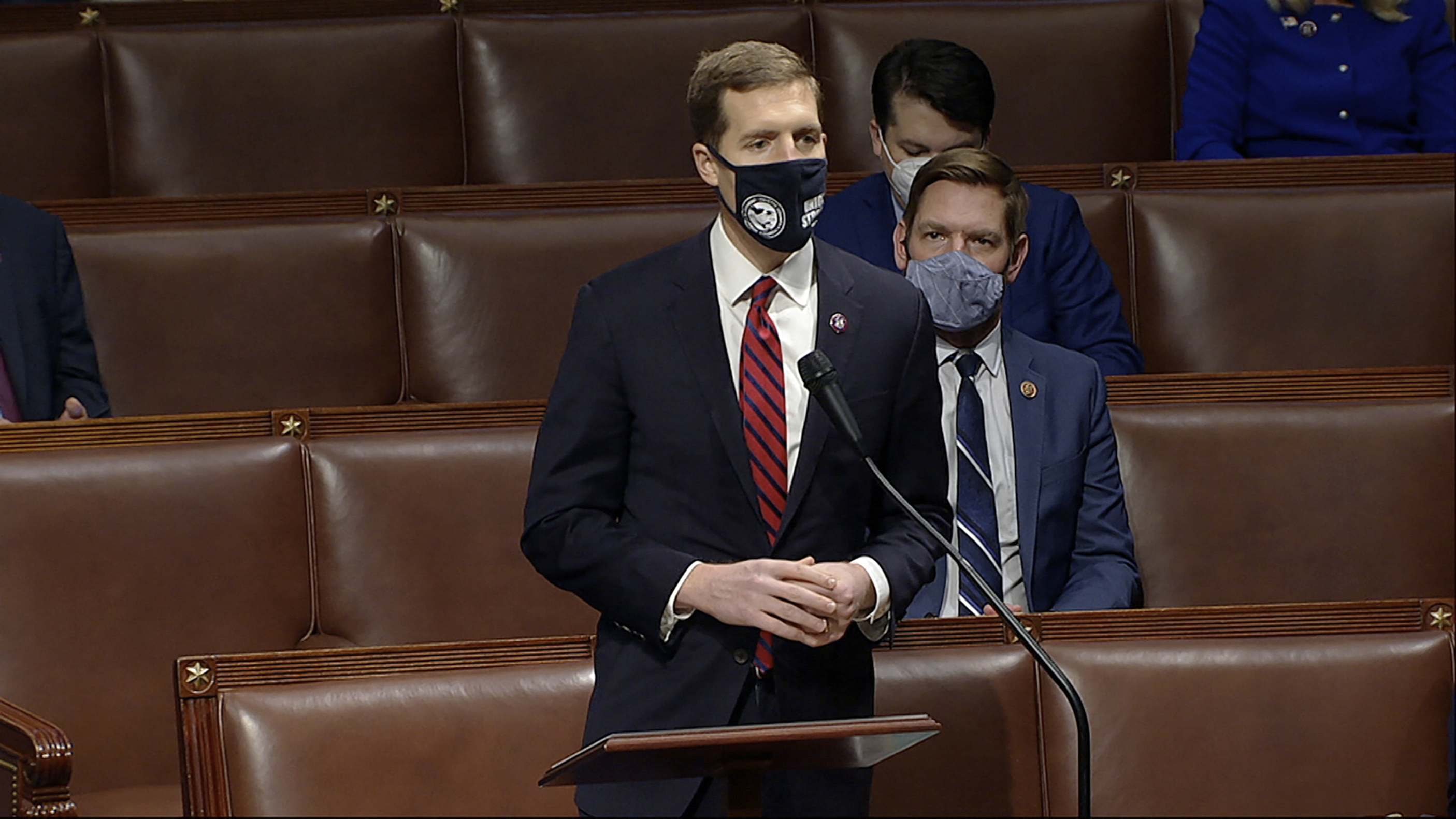 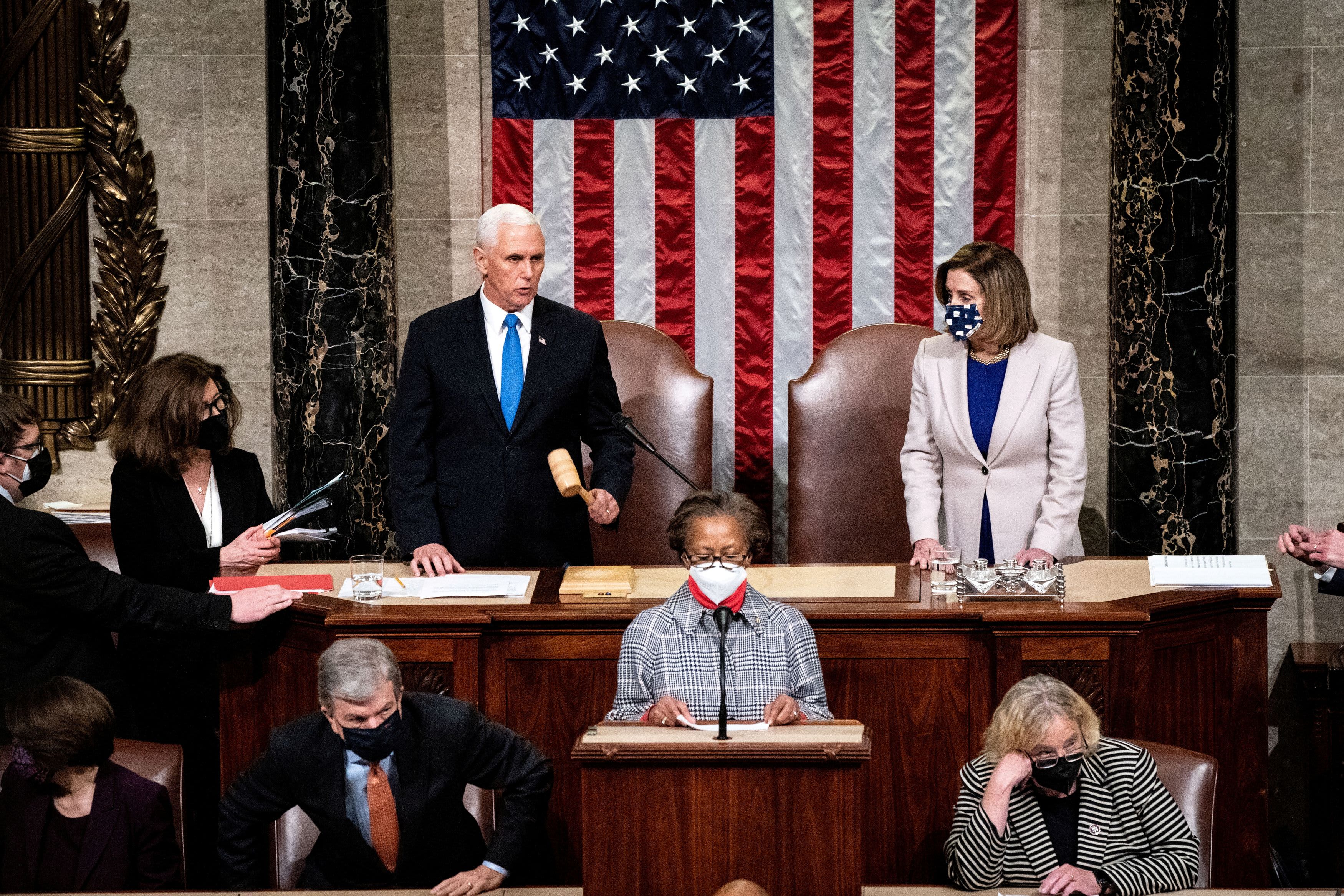 Ultimately, all of the objections failed and Congress confirmed Biden’s presidential victory on a day that went from usually routine to one that will go down in infamy for its vitriol and violence.