More than a weekend after a gunman fired shots nearly striking a woman in the parking lot outside a Northern Liberties gentleman's club, Philadelphia Police announced that a suspect was back in Philadelphia to face attempted murder charges.

Police first received a 911 call from three workers who told police they were inside a renovated building when they heard gunshots. As responding police officers spoke to the men and the victim, who works at the gentleman's club. The woman told police she was walking toward her car in the parking lot when she heard gunshots that then hit her vehicle, nearly striking her.

The woman ran inside the club and wasn't harmed, police said.

Brandon Hudson talks to witnesses and residents in Northern Liberties after shots were fired into a parking lot Monday night.

Police declared a barricade situation and set up a staging area around the building, blocking off Spring Garden Street, several exits on I-95 and a nearby SEPTA station. Officers searched through the building but didn't find a gunman or a weapon. They did find an open fifth floor window of the building that had two bullet markings however.

Police eventually gave the building the "all-clear" and reopened the closed roads.

On Friday, police told NBC10's Rosemary Connors that the shooting appeared to be totally random and done with a AR-15 with a scope. 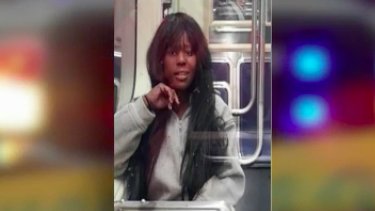 Woman Wanted for Multiple Random Attacks on, Off SEPTA

Police in South Jersey honed in on Mitchell after finding Mitchell in possession of a rifle scope, a 20-round rifle magazine and marijuana, police said. The later searched his Laurel Springs, New Jersey, home, police said.

On Tuesday, Mitchell was extradited back to Philadelphia to face charges, police said. A judge arraigned him Wednesday morning and set bail at $500,000.

Mitchell remained behind bars Wednesday and couldn't be reached for comment.