'What we believe is that the search was conducted inappropriately and there was implicit racial bias in the search,' the president of the historically black college said

Delaware State University's president announced Friday that he would file a formal complaint with the Civil Rights Division of the U.S. Department of Justice after sheriffs deputies in Georgia stopped and searched a bus the school's women's lacrosse team was riding on last month.

"What we believe is that the search was conducted inappropriately and there was implicit racial bias in the search," said Dr. Tony Allen, president of the historically Black school, on Friday. "Even if they did not know who was on the bus at the time of the stop, there was certainly great certainty who was on that bus once they boarded it."

On April 20, two sheriffs deputies from the Liberty County Sheriff’s Department stopped the DSU bus while it was traveling on Interstate 95 in south Georgia. The team was on the way back from a game in Florida.

The deputies are seen on video, which was taken by one of the people on the bus, saying that they are looking for drugs. They later used dogs to sniff through the student-athletes' belongings, including their underwear.

"If there is anything in y'all's luggage, we are probably going to find it," one deputy says.

Allen said he is "incensed" by the encounter. He said the complaint would be made available to the public once it is filed some time next week. 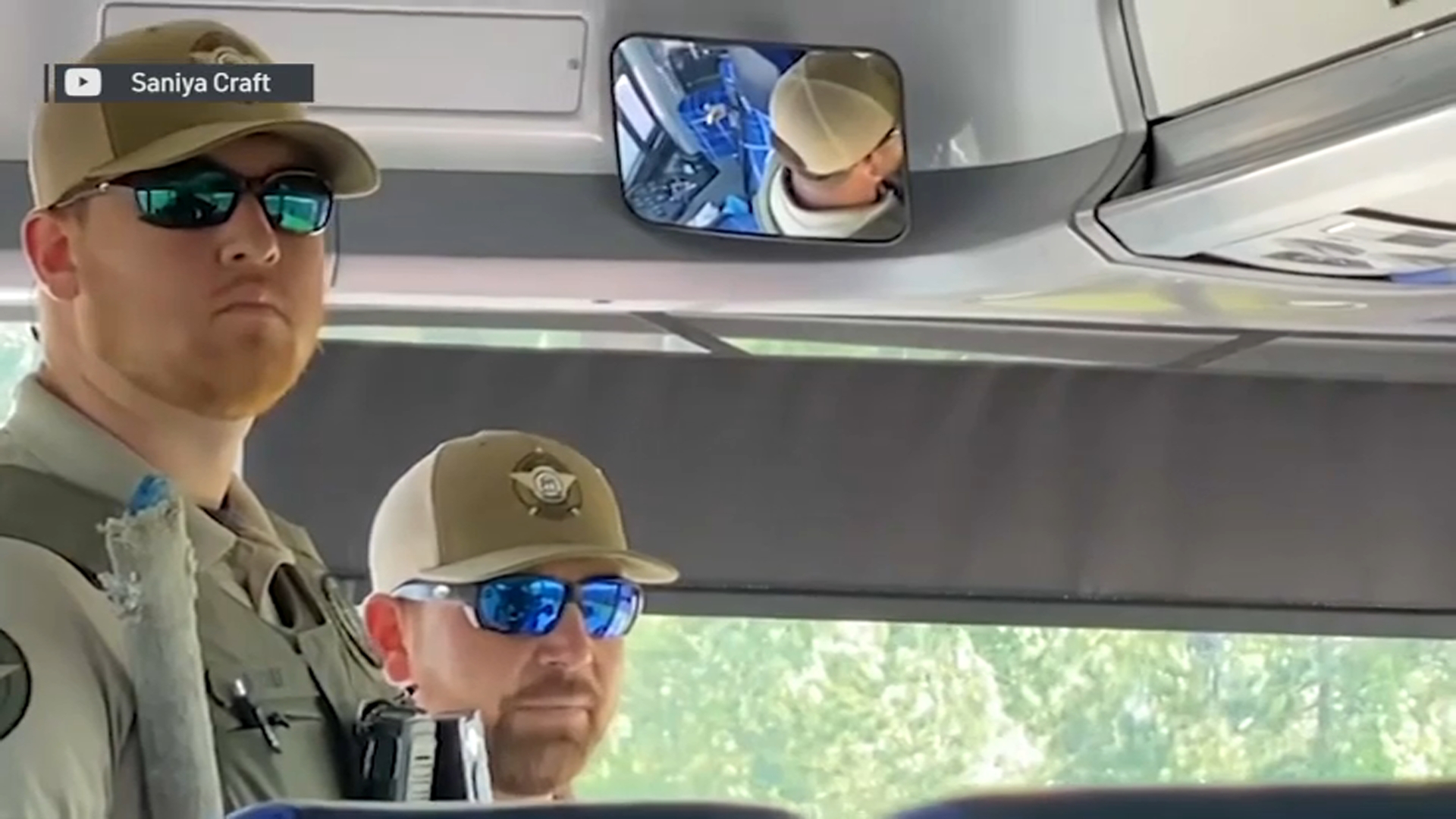 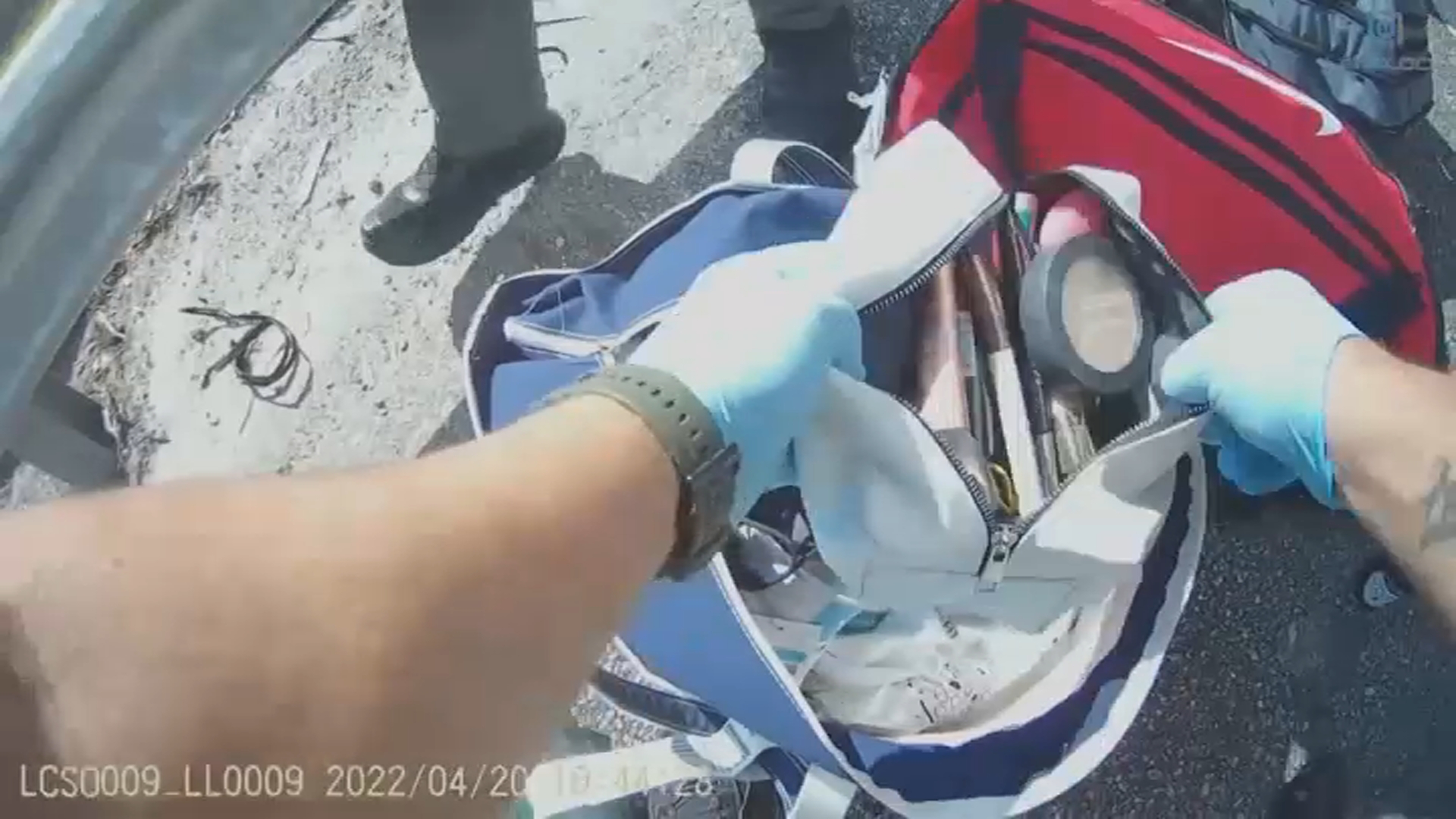 Allen said that he had spoken cordially with Liberty County Sheriff William Bowman and that they don't see the stop and search the same way.

Earlier this week, Delaware Attorney General Kathleen Jennings called for a federal investigation after body camera footage was released that shows Georgia deputies searching through the personal items of the DSU team, contradicting statements from their sheriff.

Delaware’s attorney general is calling for a federal investigation after newly released body camera footage shows Georgia deputies searching through the personal items of Delaware State University’s lacrosse team, contradicting statements from their sheriff. The development comes amid allegations that the deputies racially profiled the predominately African American student-athletes and their coach last month. NBC10's Leah Uko speaks with the lacrosse team's coach as well as an attorney and father of one of the players. She also has a new statement from the sheriff who clarified his initial comments.

On the body camera footage, one of the deputies says, "Just a bunch of dang schoolgirls on the bus. Probably some weed. Maybe," before entering the bus.

During a news conference on Tuesday, Sheriff Bowman, who is African American, said the bus was stopped after the driver committed a lane violation. Georgia state law requires a bus or motorcoach to operate in the two most right hand lanes except when the bus or motorcoach is preparing for a left turn or moving to or from a High Occupancy Vehicle (HOV or carpool) lane, according to Bowman.

Liberty County Sheriff William Bowman denied allegations that members of his department racially profiled the Delaware State University women's lacrosse team when their bus was stopped for a traffic violation and then searched for drugs. Watch his full press conference.

Bowman also said there were several commercial vehicles stopped that morning including one bus where "contraband" was located.

“Due to the nature of the detail, a K-9 was part of the stop and an alert was given by the K-9,” Bowman said. “Before entering the motorcoach, the deputies were not aware that this school was historically black or aware of the race of the occupants due to the height of the vehicle and the tinted windows.

“As a veteran, a former Georgia State Trooper and a sheriff of this department, I do not exercise racial profiling, allow racial profiling or encourage racial profiling,” Bowman said. “From what I have gathered, I believe that the stop was legal, but I also understand my duty to help the public understand law enforcement while seeking ways to improve services.”

Members of a Georgia Sheriff's Department are accused of racially profiling Delaware State University's Lacrosse team. NBC10's Tim Furlong speaks with the team's coach as well as a player who reported the incident.

Pamella Jenkins, head coach of the DSU Women’s Lacrosse team, Sydney Anderson, a member of the team who wrote about the incident in DSU’s student newspaper both said the search was expansive.

“It went from two officers to six officers and they brought out their K-9,” Anderson told NBC10. “They started smelling our bags. Going through everything. Our personal hygiene like underwear and everything in the bags and they did that for about 20 minutes.”

The deputies ultimately did not find any drugs during the search and the driver was issued a warning for the lane violation, which Bowman confirmed during Tuesday's news conference.

On Friday, Allen said the university made a Freedom of Information Act (FOIA) request for all police-worn body camera footage and paperwork related to the traffic stop. That request expired without a response for the Georgia sheriff's office.

Earlier this week, state AG Jennings also sent a letter to the U.S. Department of Justice, asking them to investigate.

"Like so many others, I’m deeply troubled by the actions that our Delaware State University Women's Lacrosse team and staff endured in Georgia this past April," Jennings wrote. "I want to commend these outstanding young women for their valor, and my fellow Delawareans for rallying around them."

Allen on Friday, said the civil rights complaint and AG's request are "first steps" and that the university "wholly supports" the students, coaches and bus driver's options as they explore any actions.