Former counselor Patricia May speaks of her experiences surrounding the 2017 prison riot at James T. Vaughn Correctional Center in Delaware.

Patricia May had a feeling of dread when she reported to work at Delaware's maximum-security prison last year. For months, she'd worried about her safety after being assigned to C Building at James T. Vaughn Correctional Center in Smyrna.

As she walked to her office Feb. 1, 2017, the veteran Department of Correction counselor voiced her concerns to a colleague.

"I thought I was going to get killed in there," May told The Associated Press in her first interview since last year's deadly prison riot. 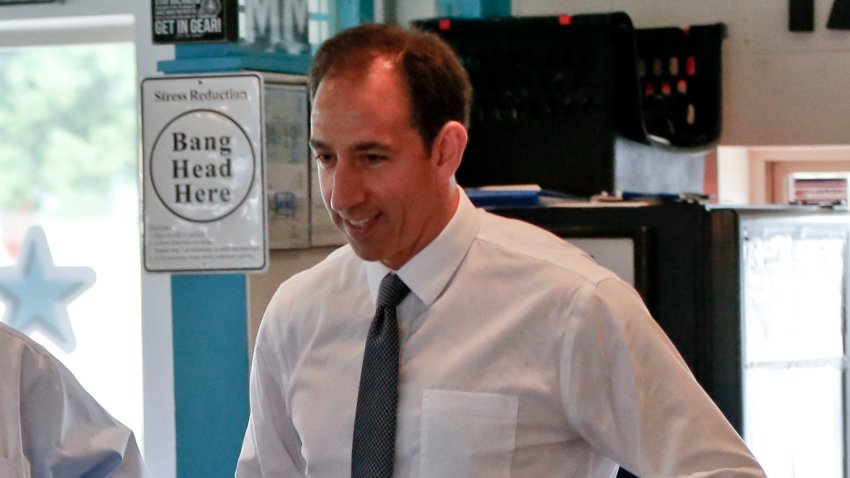 "It was common knowledge that the riot was going to come about," she added. "We just didn't know when."

A few minutes later, inmates staged an uprising in which officer Sgt. Steven Floyd was killed, two others were beaten and tormented, and May was held hostage for almost 20 hours.

May, who retired in March, blames prison leadership: "They knew it was going to happen. They did nothing. When they put me in that building, they knew they were putting me in a dangerous situation."

Prison officials have not responded to the details of May's interview. But on Tuesday, they released a report touting progress in prison reform efforts.

The report updates work on 41 recommendations in an independent review ordered by Democratic Gov. John Carney after the uprising. The Department of Correction has implemented and "measurably addressed" 40 recommendations, according to the report by Claire DeMatteis, a lawyer hired by Carney to oversee reform efforts. The remaining recommendation, she wrote, is the one to reduce mandatory overtime.

The state spent nearly $31 million on overtime in the fiscal year that ended June 30, which the report describes as "an essential public safety expense."

Part of the reason: Delaware's prisons have 227 correctional-officer vacancies, including 98 at Vaughn. A staffing analysis recommends an additional 137 positions at the Smyrna prison. But enhanced recruiting efforts could take another 18 to 24 months to yield results, the report says, and administrators are seeking interim solutions.

Overall, according to the report, Carney and lawmakers have committed $62 million to the department since the riot.

Former counselor May was included in a $7.55 million settlement of a lawsuit filed on behalf of Floyd's relatives and six correctional staffers. In settling, state officials didn't acknowledge any wrongdoing.

But the review found that prison administrators dismissed warnings of trouble, including Floyd's plea to move some inmates to another building for security. That was indicative of an overcrowded, understaffed facility plagued by mismanagement, poor communication, a culture of negativity, and adversarial relationships among staff, administrators and inmates, investigators found.

"I'm just ticked off that nobody talked to me," said May, who did arrange a meeting with Carney's chief legal counsel before Carney announced the hiring of DeMatteis. In an email Tuesday, DeMatteis said, "I greatly respect Ms. May's service and the trauma she experienced."

In describing the riot to the AP on Friday, May, 68, said it broke out shortly after she received clearance from Floyd for an inmate to visit her office. Roughly 30 minutes into the meeting, another prisoner burst in, holding a sharp weapon.

"He said, 'Ms. May, I don't want to hurt you, but if you don't do everything I tell you, I'm going to have to stab you,'" she said. She was tied up, a hood placed over her head. She could hear the violence outside her door. Inmates ransacked the building, set fires and barricaded doors.

As she was led to a cell, May was able to look down through the bottom of the hood. Claustrophobic, she had warned an inmate that if he tied the hood around her neck, she would "freak out."

"When I walked out of the office, the floor was covered with blood. ... I didn't know whose blood it was," she said.

An inmate later held a phone or radio to her head, ordering her to explain "how serious this is."

"There's blood everywhere," May said numbly, unable to think of a better way to explain.

In an effort to calm May, a Christian, inmates brought her a Bible. She clutched it to her chest. Too nervous to eat, she declined food.

An inmate brought her a radio, but there was no reception. Instead, the inmate sang to her.

Eventually, May was allowed to remove her hood. Three inmates had joined her in the cell and vowed to protect her. They shared their life stories; she told them how she relied on her faith and recounted Bible stories.

An hour later, shouts rang through the hallways.

"They're coming at us with a backhoe!" inmates hollered.

May and the inmates closed their cell door. The inmates shouted to responders to let them know May was with them, and told them where to find the electrical panel to unlock the door.

May was worried that "my guys would get hurt ... they cared about a counselor they hardly even knew."

May, who holds a degree in criminology and previously worked as a probation and parole officer before becoming a counselor, says inmates need better conditions and that officials "are antiquated in our thinking about treatment."

"They have to take these reforms seriously," she said. "If you take all their hope away, what do they have left?"