SkyForce10 captured video of the bear in a wooded area Tuesday afternoon, it would take hours more for the tranquilized animal to be captured after sliding down a tree in the yard of a Clifton Heights, Pennsylvania, home

Officials worked throughout Tuesday to capture a bear that was on the loose in Delaware County making its way through a park, a shopping center and even a yard. They even at one point leaned on SkyForce10 to locate the animal.

The black bear, with a tranquilizer dart in its backside, fought to hang onto a tree in a yard of a home along West Baltimore Pike in Clifton Heights, Pennsylvania, in the moments before it was captured overnight.

Video posted to Facebook by the Clifton Heights Borough Fire Company early Wednesday shows the bear sliding off the tree and being put onto a tarp.

Firefighters, police officers and state game wardens assisted in the capture. The bagged animal was carried over to a tube hitched to a vehicle with lights flashing and placed inside.

The plan was to take the bear to a more "bearable" location. 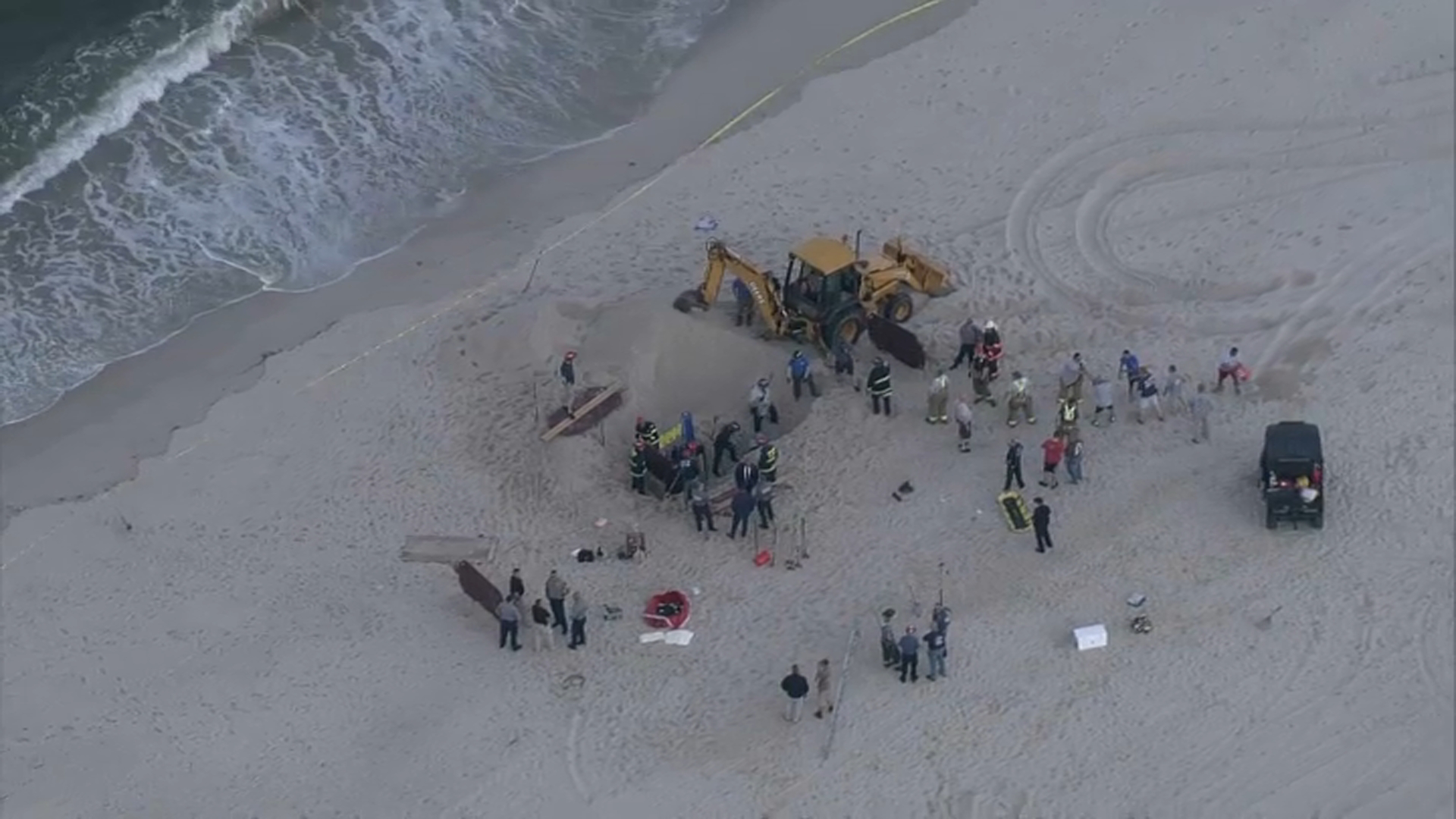 "The bear will be checked and then released in a less populated area," the fire department said.

The Pennsylvania Game Commission continues to search for a bear that's been spotted throughout Delaware County. NBC10's Aaron Baskerville spoke with Clifton Heights residents who are hoping to catch a glimpse of the animal.

The capture came after a daylong search in the suburban Philadelphia county.

Late Tuesday afternoon, the Pennsylvania Game Commission hit the bear with a tranquilizer in a wooded area near the Big Lots store in Clifton Heights. The bear ran off after being struck.

A trap with jelly doughnuts inside was laid out but that didn't draw in the bear. Maybe, the animal is more of a classic glazed fan.

Earlier in the day the bear had been spotted in wooded areas of Lansdowne Borough and Clifton Heights on the border of Upper Darby.

Police officers and the Pennsylvania Game Commission were sent out to search for the wild animal.

Then at 11:50 a.m., Upper Darby police said the bear had been spotted in the Creek Road area.

"We ask you to stay away from the area as we await Pa game warden," police wrote on Facebook. "We are notifying business and schools. Thank you for your cooperation."

Unable to go over it, or under it, Delaware County officials asked NBC10 to have SkyForce10 aid them in the search for the bear Tuesday afternoon.

Just around 12:40 p.m., SkyForce10 captured an image of the bear in the Lansdowne area. Around that same time, police said the the state game commission had arrived and they were working on a plan to contain the animal.

After a period of several minutes, the bear got up and began to move as crews got closer to it. When SkyForce10 left the scene around 1:30 p.m., the bear was still on the loose.

The search continued through the night until the caught-on-camera capture.

While the bear was on the loose, people in the county were captivated.

"I really want to see it, I really do," one resident said.

People are urged by officials not to approach bears, to not feed the mammals and to call authorities instead.

The National Park Service has tips on what to do if you encounter a bear. The Pennsylvania Game Commission shares five steps for dealing with a bear: Alert the bear, get back, stay calm, pay attention and fight back.