Peter Lezur received quite a shock when he arrived at his home on the 100 block of Forsythia in Quakertown, Pa. A deer had smashed through the front window of his home, creating a path of destruction wherever it went.

“The deer went through my window, destroyed my house,” said Lezur.

Investigators say the seemingly confused animal first went from one porch to the next before crashing through Lezur’s house. 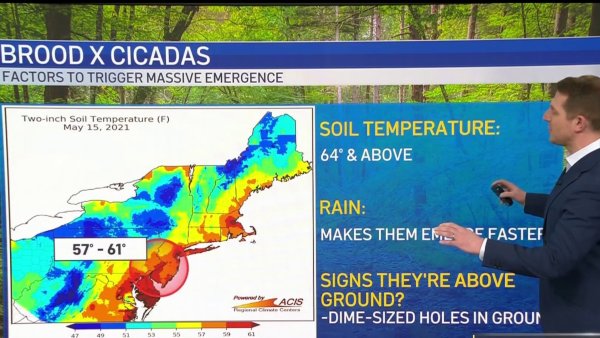 Cicada Invasion Begins in Our Region

Authorities say the deer was inside the home for more than an hour, running through the house and damaging everything in its path. When the deer was found it had suffered deep cuts to its chest and abdomen.

“It sustained injuries from jumping through the window that caused it to have to be euthanized,” said Rick Macklem of the Pennsylvania Game Commission.

Game commission officers took the doe, which they believe was less than a year old, away in a blue tarp. Onlookers were left shocked and wide eyed as the wild ordeal came to an end.

“You see stray cats but you do not see stray deer,” said Strecker.

“I’ve been here 21 years and this is truly the craziest thing I’ve ever seen or heard about,” said Doug Kemp.

Yet the most shocked resident of them all is unsurprisingly the owner of the home.

As Lezur tallies up the damage he still says the situation could have been much worse. He and his wife could have been home when the deer first crashed through the house.