A man from outside the city died and a woman was hurt in a late-night shooting in Philadelphia's Queen Village neighborhood. Surveillance video captured the deadly ambush.

Police rushed to 2nd and Bainbridge streets -- a block from a popular stretch of South Street -- around 11:45 p.m. Monday after receiving multiple 911 calls about a shooting, Philadelphia police said.

Officers found a man who was in his 30s shot multiple times in the neck and chest in the driver's seat of a Mercedes-Benz sedan parked on Bainbridge, investigators said. He was rushed to the hospital where he died a short time later.

A 25-year-old woman -- who also doesn't live in the city -- had managed to get out of the passenger seat after being shot and was found across the street on the sidewalk, Philadelphia Police Chief Inspector Scott Small said. She was rushed to the hospital in critical condition with gunshot wounds to her stomach and thigh.

"It's a very nice, quiet, normally very safe neighborhood, we don't usually see any problems at all in this particular area," Small said.

At least 11 shots were fired near the driver side of the car, which was still running when police arrived.

"It appears the shooter or shooters was standing on the sidewalk right next to this Mercedes, firing shots into the Mercedes through the driver door window," Small said. 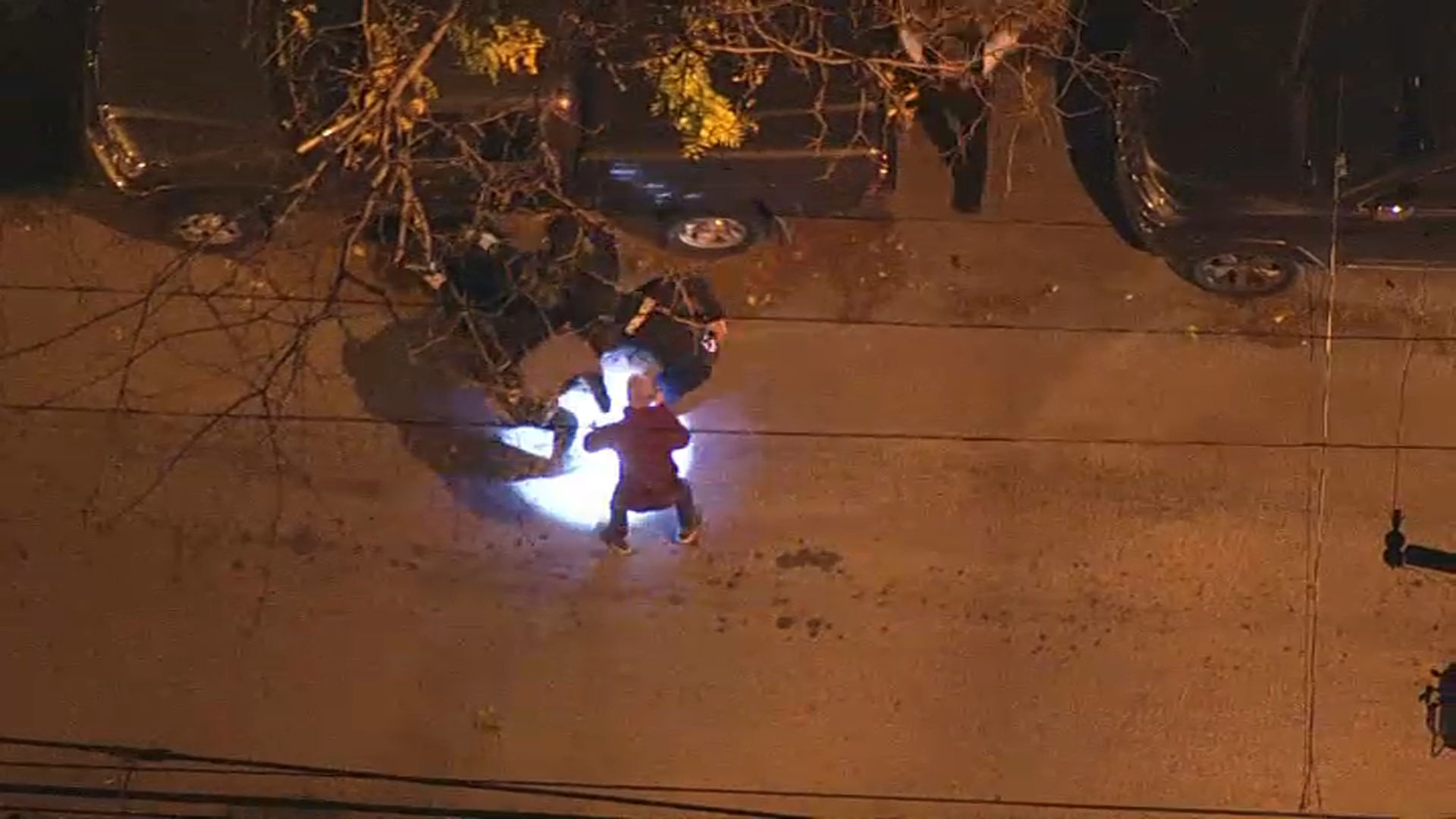 Surveillance video obtained by NBC10 shows at least one shooter, wearing a hoodie, firing into the sedan about 35 seconds after the man and woman got into the car.

Police said it appeared that another car double parked on Bainbridge Street and one or two people got out just moments before the shooting, Small said. They then hopped into the car which went backwards down Bainbridge Street then sped off on South American Street.

"They backed up to our corner right here and then they flew down the street," neighbor Brian O'Donnell said.

Police didn't have a motive for the shooting, nor an exact description of the suspects. There is a lot of surveillance video in the area that should help with the investigation, Small said.

This wasn't the only deadly shooting in Philadelphia overnight as the city continues to be plagued by deadly gun violence. Troy Coward, 25, was gunned down during an argument on the second floor of a home on East Indiana Avenue near C Street in Kensington earlier on Monday night, police said.

Entering Tuesday, at least 206 homicides had been reported in Philadelphia so far this year, a 40% increase from 2020, which was one of the deadliest in Philadelphia's history.