A second man is arrested in connection with Monday's stabbing at a deli in Southwest Philly.

Deli owner, Edward Whalen, was attacked during a robbery. Two hooded men came into his shop during the afternoon, one with a gun and the other a knife. Daughter Ashley was working the register. She says one of the men threatened a customer first with the knife, then tried to come after her. That's when her dad stepped in.

"He was don't you hurt my daughter. Don't you hurt her," Ashley said. Her dad got into a scuffle with the knifeman. Ashley said she could hear her dad screaming from the back. He was stabbed several times in the back, head and hands. He's in serious condition.

The two suspects, Zinnah Tobert, 20, and Terrell Nelson, 22, are charged with attempted murder, robbery and other related offenses. 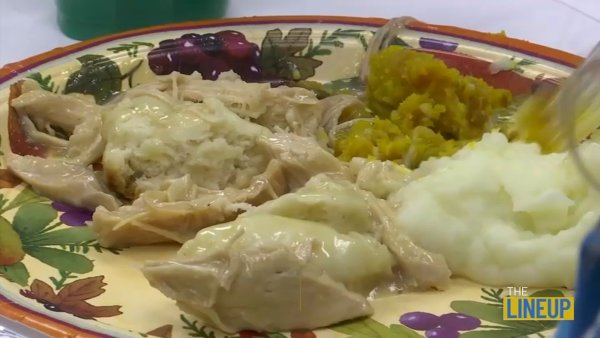 This Could Be the Most Expensive Thanksgiving Dinner: The Lineup