By agreeing to do so, you've already gone further than most do. You've overcome all the fear that comes along with living in a city that, according to the district attorney's  office, has a "near epidemic" level of witness intimidation.

You look out on the courtroom. You see the defendant -- a guy from your neighborhood -- staring back at you. You see the lawyers, and behind them, the gallery of those who've come to watch the trial.

People in the gallery aren't supposed to use their cellphones, but as you're testifying somebody in the crowd takes one out and snaps a picture.

Neither you, the judge, nor court security notices, and before you're even off the stand, the photo has been uploaded to a social media website for all the world to see.

"The witnesses are very intimidated when something like that happens, obviously," said Bill Davis, assistant district attorney in Philadelphia's homicide unit. 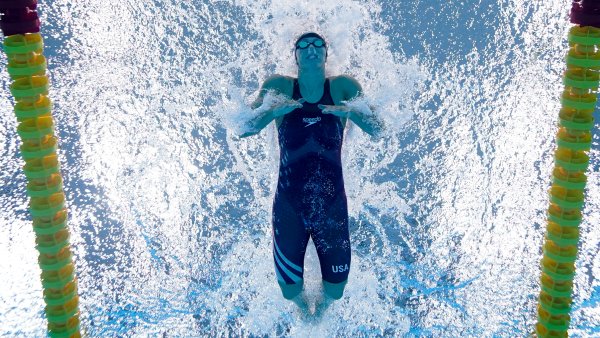 Davis says the above scenario has become more and more prevalent in Philadelphia courtrooms in just the past few months. The newest platform of intimidation, he says, is the online picture sharing app, Instagram.

It happened during a homicide trial he was prosecuting about a month ago.

"I'm in the picture. The witness is clearly on the stand. There's court staff in the picture, and it was posted on Instagram on the same day that it was taken with captions underneath talking about the witness was snitching," Davis said.

In a different courtroom, on the same day, the same thing happened to Philadelphia Assistant District Attorney  Lorraine Donnelly.

"The court staff does their best to keep an eye on everyone in the courtroom, but sometimes people are able to do that without a flash or without any noise being made," she said.

In both cases, the DA's office has leads on the perpetrators, and intends to prosecute them to the fullest extent of the law with the help of subpoenaed Instagram records.

All this, though, has renewed a larger debate: In a world where cell phones double as high-quality multimedia recording devices that can intimidate not only witnesses but juries, should they be barred from criminal courtrooms?

If it were up to Davis, the answer would be simple.

"Yes, absolutely yes, because they serve no purpose," Davis said. "When there's a trial going on, you can't be talking on your cell phone, so all it can do is sit in your pocket. Except the other thing it can do is get raised up right in front of the pew in front of you and snap a picture of a witness."

Following this conversation with Davis, NewsWorks/WHYY made an inquiry on this matter to a Philadelphia homicide judge, which then sparked an internal conversation about a possible courtroom cell phone ban at the Philadelphia Criminal Justice Center.

"We looked into it, and [in] other jurisdictions that have done this," said Dembe, "it has not gone well."

Dembe's mainly referring to Chicago, the first major American city to try a ban in the era of ubiquitous cell phone use. The ban was announced in December; by January, it was postponed until mid-April.

"They got a lot of push-back because policies were implemented without really having anything other than anecdotal evidence," she said.

Dembe says the Philadelphia court administrator's office will take "not months ... weeks" to do the research.

Even if the data suggest the problem is as prevalent and damaging as the DA's office says it is, Dembe says the logistics of implementing a ban are daunting.

Should the ban be applied to everyone in the courtroom? Even lawyers? Cops? Witnesses? Journalists?

"And then [the question becomes], how at the door to the courthouse does somebody enforce 'this one can have it, that one can't have it' without having lines that go on and on and on?" said Dembe.
Philadelphia did have a cell phone ban starting in the 1990s, but it was later repealed because of the logistics.

"It seriously backed up entrance to the courthouse," she said. "We had lockers and the keys got lost, and the lockers got broken. It's just not as easy as you would think when you first consider the issue."

Other criminal courts with smaller jurisdictions have had success implementing a ban -- including Albuquerque, N.M., Worcester, Mass., and Erie County, Ohio.

For Davis, the "Instagram-cell-phone debate" is just another hurdle in the never-ending fight against witness intimidation.

"It's the same old thing, just in a new form," said Davis. "But it is a form that allows it to get out to everyone.

This story was reported through a partnership in news coverage between NBC10.com and NewsWorks.org.