NJ birders have been counting how many birds of each of the state's species they can spot on a single day between Dec. 14 and Jan. 5.

Hundreds of birders — mostly amateurs with a deep knowledge of identifying species on the wing — have been fanning out in New Jersey in organized groups. They have been counting how many birds of each of the state's species they can spot on a single day between Dec. 14 and Jan. 5.

In New Jersey, 27 counting groups each cover their own circular area 15 miles in diameter, William J. Boyle Jr., of Cape May, told The Press of Atlantic City. He's an author of books on the state's birds who compiles reports on data from New Jersey and Pennsylvania.

It's called the Christmas Bird Count, and it's going on around the state, nation and world. Sponsored by the National Audubon Society, it's the longest-running citizen-science bird-counting project in the nation. The data collected helps track the relative health of species globally.

Because of the work, we know the bald eagle population has rebounded after almost being driven to extinction by hunters and the pesticide DDT. 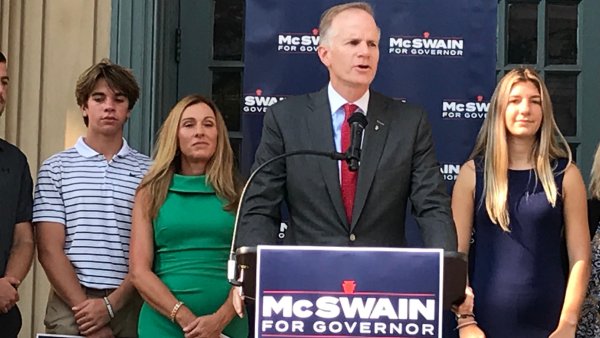 Another raptor, a small falcon called the merlin, has moved its wintering grounds north, increasing its numbers in South Jersey.

But a relative, North America's smallest falcon, the American kestrel, has plummeted in population here and elsewhere in the U.S. Researchers are still trying to understand why. The kestrel eats mostly insects and some mice. The merlin is mainly a bird-eater.

One of the last counts is the Cumberland Count around the Union Lake and Eugene D. Bevans wildlife management areas on New Year's Day, organized for the past 10 years by Michael Fritz, 51, of Seaville in Upper Township.

The Cumberland Count, which has been done for about 50 years, has one of the highest sightings of American bald eagles in the U.S., he said.

Becky Hedden, of Manahawkin in Stafford Township, is president of Atlantic Audubon and runs the Marmora count, now in its 44th year. Her area is based around the Lester G. MacNamara Wildlife Management Area but goes as far east as Ocean City and as far north as Linwood, she said.

She will have 10 to 15 people helping that day.

When the Endangered and Nongame Species Conservation Act was passed in 1973, the state had just one nesting pair of bald eagles. Now, after decades of protection, there are more than 150 pairs, most in Cumberland and Salem counties, according to the state Department of Environmental Protection.

The CBC started 116 years ago as a way to get people to count birds instead of shooting them.

"There was a tradition in England of going out on Boxing Day — the day after Christmas — to shoot wrens," Boyle said.

In North America, there were holiday competitions among hunters called the Side Hunt to see which teams could shoot the most critters, both birds and mammals.

Ornithologist Frank M. Chapman was among the scientists concerned about declining bird populations due to overhunting. So in 1900, he proposed a new holiday tradition, a Christmas Bird Census, according to the Audubon website.

The CBC provides solid data on species facing population increases and decreases in winter and helps identify trends, such as a recent tendency for species to move north.

"One thing I have seen: There are a lot of southern species — what people in the birding world call half-hardy — that are pushing it to try to spend the winter in New Jersey. More and more of them are staying around," Boyle said.

"Years ago, the black vultures were not here," he said. "And the merlin used to be very rare in New Jersey in the wintertime. Now it has become not common but certainly not rare by any means compared to 25 to 30 years ago."

The CBC data are combined with the U.S. Geological Survey's Breeding Bird Survey taken during May and June to get population estimates.

The federal Environmental Protection Agency has used the CBC data in its reports as an indicator of climate change, and the North American Bird Conservation Initiative of the U.S. Fish & Wildlife Service used it in its overview of 40 years of data for the report, "State of the Birds 2009."

That report found that about one-third of the 800 U.S. bird species are in serious decline due to habitat loss, invasive species and other threats.

Struggling species include the eastern meadowlark, bobolink and savannah sparrow, Boyle said. All are grasslands birds that need successional habitat of tall grasses and small bushes, and that habitat continues to be lost in the state.

Counts always have been a social event, as well, said Mark Garland, director of the Monarch Monitoring Project at New Jersey Audubon's Cape May Bird Observatory.

He participated in the Cape May count earlier this month and plans to help with the Cumberland Count. It's a fun day out with other birders, he said.

Numbers from this year's count need to be compiled and verified, so they won't be available for a while, Boyle said.

A counting group that dropped out last year left the Belleplain State Forest area uncounted. That area had been counted for 28 years.

Boyle is looking for volunteers to lead a count again in Belleplain.

Pretty much all of the state's other areas are covered, he said.