Philadelphia Police are searching for the person who blew up a soda machine outside a Mayfair plumbing business.

The device exploded around 10 p.m. on Thursday in front of a business along the 6600 block of Montague Street, Philadelphia Police said.

Police say surveillance video from the store captured a young man getting out of a car and placing an object into the Coke machine's dispensing bin. He then got back into the car and drove away. Minutes later the machine blew open.

The explosion was so extreme, police say, parts flew 100 feet away and windows from the business were blown out.

"It was a really loud, loud, obnoxious boom. And the flash of light," said neighbor Michelle Rodriguez.

Officials said the blast caused thousands of dollars in damage, but no one was hurt.

Philadelphia Police Chief Inspector Joe Sullivan said investigators believe the device was homemade. They're concerned the man may have bomb making knowledge and could strike again.

Some Ineligible People Are Getting Vaccines. Philly Hasn't Been Able to Stop It 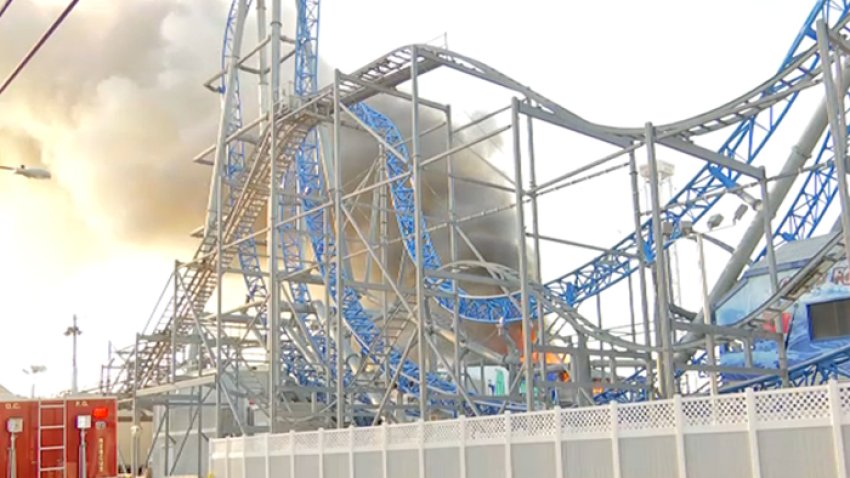 From the Ashes: Jersey Shore Amusement Park Damaged by Fire Set to Reopen in March

"This is not vandalism. This is the detonation of a dangerous explosive device," Sullivan said.

Anyone with information is asked to call Philadelphia Police at 215.686.TIPS.