Camden counted more homicides in the month of May alone than it did in the first five months of last year.

As money floods Camden's waterfront by the millions for development, the city's neighborhoods are seeing a surge in something much more grim: the body count.

Over the weekend, the New Jersey city of about 77,300 residents clocked its 22nd homicide of the year, more than doubling last year's murder tally as of the same date, when the city saw 10 killings. In May alone, the city surpassed that number, with 11 killings on the city's streets.

In the most recent slaying, police say 28-year-old Britton Knox, a Camden resident, died after being shot several times in mid-afternoon daylight on the 1300 block of Browning Street. Police haven't made any arrests.

The uptick in homicides has Camden's Metro police force -- already stretched thin -- scrambling to increase patrols and community policing initiatives across the city, as residents brace themselves for what they've grown to expect: the next flurry of gunfire and body in the street.

"I feel so sorry for my grandbabies," said Denise Dennis, who moved from Camden to neighboring Pennsauken nine years ago but said some of her 14 grandchildren still live in the city. "I pray so hard every night that they make their destinations to and from school ... it's a blessing even to make it to school to get an education."

Dennis visited Camden on Tuesday afternoon for a doctor's appointment around the corner from the family home where Terron Phillips once lived. Phillips, 19, died earlier this month in what may perhaps be the city's most senseless and violent murder. As he walked home from buying a pack of cigarettes, police said, Phillips was approached by a car of four teenagers, three of whom didn't live in Camden, armed with a sawed-off shotgun. The group robbed Phillips, stealing the pack of cigarettes, according to police, but decided to kill him with a shotgun blast to the chest anyway. All four now face murder charges.

Despite its level of brutality, Camden Police Chief Scott Thomson said Tuesday that Phillips' murder is the exception to the rule in Camden. Most of the city's homicide victims, Thomson said, know their killers. He said most killings can be traced back to vendettas, perceived slights, disputes over money or domestic disputes.

How to Get the Second Dose at Philadelphia Rite Aid Pharmacies 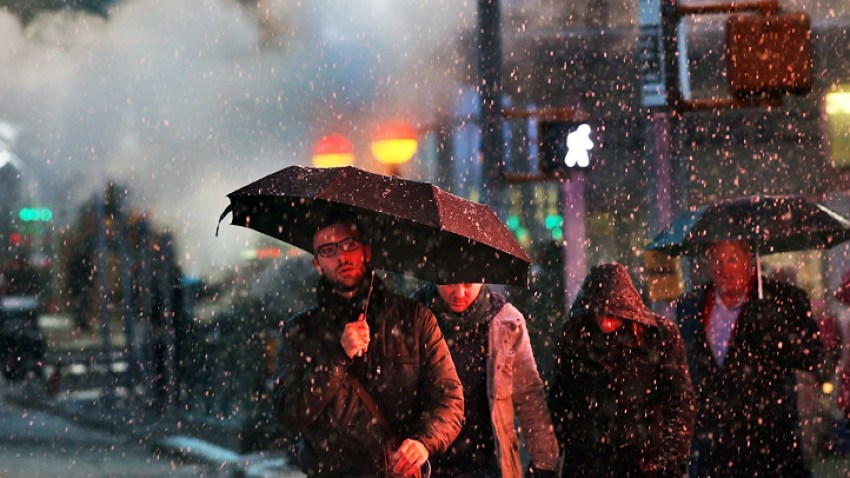 "They're personal, up close, with multiple rounds fired," Thomson said.

Take for instance 22-year-old Jonathan Vasquez's murder: Vasquez was with several other people outside his grandmother's funeral on the 1000 block of South 4th Street on May 5 when Thomson says someone walked up to him and fired several shots at him, killing him. The shooting, which could have been disastrous due to the size of the crowd outside at the time, was targeted, deliberate and swift -- as most in the city are -- Thomson said.

Police arrested one man in that shooting and are still searching for another.

"That's the common denominator -- they know one another," Thomson said.

What's vexing to the police chief, though, is the brazenness of the shooters in the homicides this year: Police are seeing an uptick in daytime killings, he said, a marked change from those of previous years, when the majority occurred at night.

"What's upsetting to me is seeing them trending into daylight hours," Thomson said.

Camden's chief said he and his officers know that the solution lies in community policing and building trust. The solve rate for murders this year is above 50 percent, he said, thanks to an increase in cooperation from residents who are willing to entrust police with information to help them catch murder suspects.

Thomson credits that to the department's community initiatives -- like basketball games officers play with kids, officers attending community movie nights and barbecues, and the department parking ice-cream trucks on some of the city's most violent corners to hand out free summer treats.

"We're going to double down on community policing," Thomson said, "not militarize neighborhoods."

But with a police force well below what it should be and state laws that make it difficult for him to hire new officers at all, let alone ones from Camden who know the city and are invested in it, Thomson said the police can only do so much.

"We have 100 positions open," Thomson said. He added that being forced to hire officers from civil-service exam lists made three years ago when the last police test was given prevents him from hiring people from Camden itself, hurting the department's legitimacy in a city where the unemployment rate is staggering.

"Nothing stops a bullet like a job," Thomson said. "We're handcuffed," he added later, referring to the force's inability to hire the police it needs.

City activist Amir Khan, who once ran for mayor, agreed.

"You've gotta give people a chance," Khan told NBC10's Cydney Long on Tuesday, adding that the new development coming to the city's waterfront, including a new practice facility for the 76ers and headquarters for companies including Holtec and Subaru, should guarantee jobs for residents.

Camden resident Mike Coleman, 26, knows that reality well: Coleman recently got out of jail and said he spent some time after his release looking for work, but grew frustrated and gave up after his search came up dry.

"It's Camden. Everybody's broke. They're not [ever] gonna be able to stop that," Coleman said, shrugging off the fact that the murder rate more than doubled. "People are desperate ... it's a shame, you've gotta look over your shoulder every day."

"He was a good kid," they agreed as they stood in front of a market around the corner from Phillips' family home in Whitman Park.

"It's a shame he died over some cigarettes," Coleman said.

Back around the corner, as he worked on the front lawn, Phillips' stepfather, three days out from burying his stepson, declined a formal interview, but scoffed at the idea of any hope for change that will ebb the bloodshed.