The entire length of the well-known corridor in northwest Philadelphia is in the midst of a streetscaping and repaving project, which local and city leaders expect to have completed this month. "The final result is Main Street is going to look great," a community official said.

A $5 million streetscaping project for all of Manayunk's popular Main Street has left the street without any asphalt for more than a week, but officials are hopeful the work will be complete by the end of the week.

It's the last, and most obvious sign yet, of a monthslong makeover for one of Philadelphia's most popular streets, known to residents and tourists alike for weekend strolls and nighttime pub jaunts.

The project, paid for by the city, began in February with the replacement of old street lamps and the installation of new electrical systems. In recent weeks, the entire stretch of Main Street from Ridge to Leverington avenues was stripped of its pavement.

Repaving, which has been delayed by weather issues, will begin Tuesday night, and the expectation is that all of Main Street will be repaved by the end of the week, according to Leo Dillinger, director of operations for Manayunk Development Corporation.

He said businesses along Main Street, along with nearby residents, have had to deal with a lot in 2021, including the ongoing coronavirus pandemic and the flooding from Hurricane Ida.

"They have been troopers going through all this," Dillinger said. "We’re finally rounding third base and heading toward home plate. Everyone here has had to deal with uneven pavement and hearing jackhammers through the summer, but the final result is Main Street is going to look great."

An official with Councilman Curtis Jones's office, which represents Manayunk at City Hall, said some of the repaving was supposed to be started and completed by last weekend, but there was a delay.

Dillinger said it is expected that Main Street from Leverington Avenue to Shurs Lane will be repaved overnight Tuesday into Wednesday, and the rest of Main Street from Shurs to Ridge Avenue will be done by later in the week. 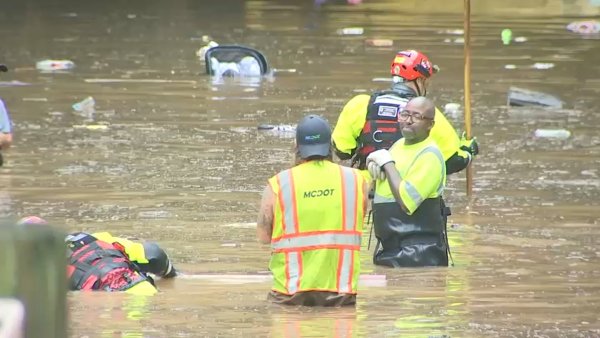 What Happens When a Creek Rises from 1 Foot to 18 Feet? Ida Threatens to Answer That 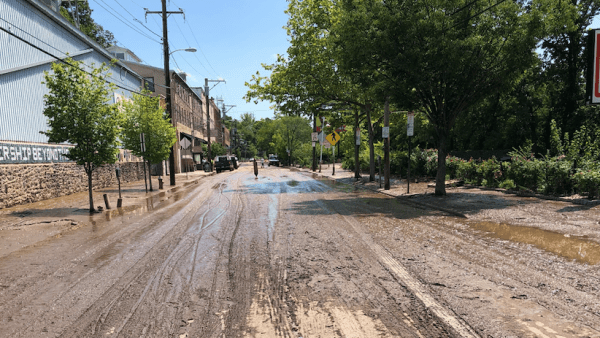 Shurs Lane, which runs up the hill in Manayunk and Roxborough from Main Street to Ridge Avenue, has also been stripped over its pavement, and its repaving will commence soon after Main Street is complete, Dillinger said.

The goal of the entire monthslong project is to improve Main Street's aesthetic and safety, with upgrades to crosswalks and traffic signals to make crossing the busy street safer for pedestrians. The old "snakehead" street lamps are being replaced with new green Victorian-style lamps.

Meanwhile, Main Street restaurants with permits for outdoor dining will be allowed to reopen their "streeteries" and outdoor cafe seating after the street is repaved.

Outdoor dining in Philadelphia is legal until Dec. 31, 2021. After the New Year, outdoor dining will not be permitted unless City Council passes legislation making it permanent in city code.

Dillinger said the Manayunk Development Corporation has not yet taken a stance on permanent outdoor dining. Councilman Allan Domb has introduced a bill to make it permanent, and hearings are expected later in October.

"It's hard to determine right now where that goes," Dillinger said. "Does the public see it as a benefit or a hinderance, to not only the business community but residential as well? We’ve gotten some mixed reviews. We haven’t taken a stance one way or another."