In the midst of the worst gun violence in more than 50 years, Mayor Jim Kenney said "solutions must expand to match the scale of the problem" in his annual budget address. However, funding remains low among new proposed city spending.

Philadelphia, which is on pace for its deadliest year in decades, could see an expansion of funding for anti-violence measures in a 2021-2022 city budget proposed Tuesday by Mayor Jim Kenney.

Yet the increase to $36 million for programs ranging from early intervention initiatives for at-risk young people to job training and neighborhood cleanups still pales in comparison to other new spending in Kenney's budget.

Street paving, for instance, would receive $100 million in new funding, bringing to $132 million the amount spent on fixing potholes in the new fiscal year that starts July 1.

Mayor Jim Kenney unveiled a proposed budget plan, sending millions of dollars to address the rising violence in Philly. NBC10's Matt DeLucia spoke with residents about where they believe the money should go.

The spending proposal comes despite Kenney and other city leaders describing efforts to stop gun violence as a top priority.

"We've heard from the public and leaders in our communities that we must reimagine our approach to policing to create the safety all Philadelphians have a right to," he said in his budget address.

Activists in the city are urging Kenney and City Council, which will now hold hearings on the proposed budget, to think bigger.

"We want to see at least $100 million per year in gun violence prevention," A’Brianna Morgan of Reclaim Philadelphia said. "This includes our rec centers and libraries. "It's especially important to prioritize the ones in neighborhoods hardest hit by gun violence." 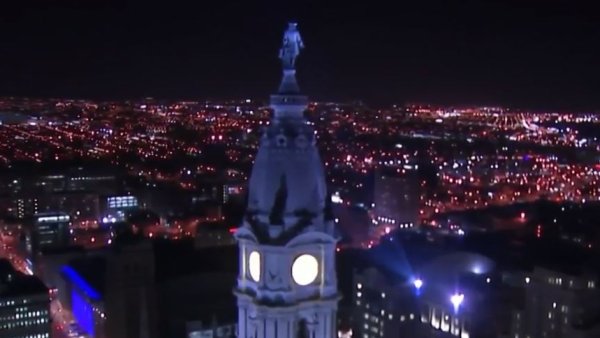 Congress Saved Philadelphia's Budget With $1.4B: Here's Some of What It'll Pay for 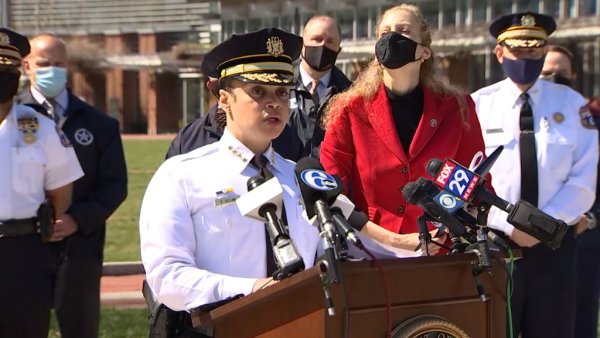 Kenney's budget does call for reopening libraries five days a week following a COVID pandemic year in 2020 when many public buildings were closed, starting last March.

But for programs aimed directly at violence prevention, the total funding comes to 0.67% of the $5.2 billion spending plan.

The newly proposed budget comes at a time of financial uncertainty caused by the coronavirus pandemic, but one lessened by a federal windfall that will allow Philadelphia to avoid a “very, very ugly” situation. The city will receive $700 million this year and $700 million next year from the federal American Rescue Plan, which Congress passed last month.

The budget from Kenney is not set in stone, and City Council begin weeks of hearings through June to determine what departments will ultimately get. The Philadelphia Police Department, for instance, would get the same $727 million it received in the current budget.

"I think it’s clear the money is not technically enough," Councilwoman Helen Gym said. "I think the important thing is we need to be led by the voices of the people who are impacted right now."

As Philadelphia looks to recover from the pandemic, residents have their opinion on where to spend the $1.4 billion dollars from The American Rescue Plan. NBC10’s Lauren Mayk talks to locals in the community to get their suggestions.

Kenney said Thursday during his bi-weekly press conference on gun violence that his administration is “doubling down on our commitment to tackling gun violence as a public health crisis.”

As part of their five-year “Roadmap to Safer Communities” – launched in 2019 – Philadelphia officials hope that by 2023, the number of fatal and nonfatal shooting victims will have reduced by an average of 30% compared to the numbers seen in 2020.

But while officials have noted some improvements – Police Commissioner Danielle Outlaw pointed out that homicides are down in the department’s “Operation Pinpoint” neighborhoods – the overall picture is still grim.

Though they’re experiencing fewer shootings than the rest of the city overall, Operation Pinpoint neighborhoods have still seen a rise in shootings, Outlaw said.

Meanwhile, data from the Philadelphia Police Department shows there have been at least 145 killings through April 15 of this year, of which 133 (nearly 92%) have come by way of guns. Of those victims, 56 have been kids and teens under 18 years old.

During the same time last year, 90 people had been shot to death and 38 children and teens under 18 had either been killed or wounded by gunfire, according to figures compiled by the Philadelphia Controller’s Office.

“We can’t allow our children to continue to be victims of these acts of violence,” Outlaw said.

Some fear Philadelphia could surpass 600 homicides by the end of 2021.

The Roadmap to Safer Communities is meant to help bring down those figures through a network of solutions that include alternatives to policing and different policing tactics.

“We know that gun violence is a multi-pronged, multi-solution effort, and that is how we are approaching it now,” said Erica Atwood, Philadelphia’s Senior Director for Criminal Justice and Public Safety.

Here’s a breakdown of some of the roadmap’s programs and the money allocated to them.

Intervention Before People Use a Gun

This summer, the city wants to launch a pilot program of the Rapid Employment and Development Initiative (READI) currently in use in Chicago. Officials say it “relentlessly engages those highly at-risk and connects them to cognitive behavioral therapy, paid transitional jobs, and support services.”

Also this summer, the city wants to launch a “24/7 911 Triage & Co-Responder Program” designed to better identify and respond to mental health crisis 911 calls.

As part of the program, dispatchers would also receive training in de-escalation and other crisis intervention techniques.

Before that, the city plans to launch a pilot program that pairs police officers with behavioral health professionals to respond to people in crisis. Other “peer-based” teams would then follow up with those people and connect them to services in the community. Officials want to launch the program this month and expanded over the next 12 months.

Give Health Workers a Bigger Role in 'Crisis Situations'

"Another $7.2 million expansion of behavioral health mobile crisis units and a crisis hotline will improve how emergency mental health services are delivered in crisis situations," Kenney said in his budget address.
NEW INVESTMENT IN 2022: $7.2 million