“Sometimes you lose a life even if the person doesn't die, and that's an immense cost for a lot of people in communities where violence is very prevalent," Temple University criminal justice professor Jason Gravel said

The rising number of killings in Philadelphia has understandably garnered widespread media attention in recent months, but as homicides have risen, so too have nonfatal shootings.

As of April 8, there were 388 nonfatal shootings in Philadelphia this year, according to data from the District Attorney’s Office. That is a 42% increase from the same time in 2020, but even before then, nonfatal shootings had been rising since 2017.

Here Are Some Jobs Hiring in Pennsylvania, New Jersey and Delaware 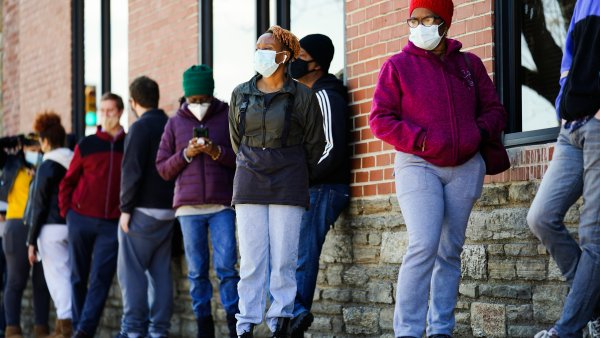 Data from the city Controller’s Office shows 967 nondeadly shootings in 2017; 1,136 in 2018; 1,165 in 2019; and 1,838 in 2020, the start of the coronavirus pandemic in the U.S. Thursday night, just hours after leaders announced yet another anti-violence initiative, a 16-year-old girl escaped with a gunshot to her shoulder when a gunman fired at least 25 bullets as she was sitting in a car parked next to a West Philadelphia playground.

For these survivors of gun violence, the consequences can be devastating and lifelong, said Jason Gravel, an assistant professor at Temple University’s Department of Criminal Justice.

“Nonfatal shootings mean that someone is still around and has to deal with the impacts of the shootings on their lives more mentally, physically. And that drains these individuals’ resources, but also eventually the city’s and the society’s,” Gravel said.

He noted that people who survive gun violence may become permanently disabled, hindering their ability to work or be involved in efforts to improve their communities.

Moreover, survivors can serve as physical manifestations of what people in high-crime areas already fear.

“Sometimes you lose a life even if the person doesn't die, and that's an immense cost for a lot of people in communities where violence is very prevalent. It's a daily reminder of what might happen when you're scared and when you don't feel safe,” Gravel said.

It’s important to think of shootings not only as involving offenders and victims; rather, there is often a lot of overlap, Gravel said.

In a high-crime community, people may pick up a gun not because they plan to shoot somebody but because they live in fear and feel they need the gun to defend themselves, he said. That proliferation of guns can then cause what would otherwise be a conflict ending in a fight to become one ending in a shooting.

This week, local and federal leaders proposed some solutions to the gun violence.

On Thursday, officials announced an “all-hands-on-deck” approach that would add federal resources to prosecute gun crimes. Former Mayor Ed Rendell even floated the idea of bringing back retired police officers.

But Gravel said these proposals, the former which could be just one piece of the solution, miss the mark.

Right now, shootings are so numerous that they may eventually taper off naturally, and adding police officers would only coincide with – but not be the cause of – that natural drop, he said.

“Policing is not a long-term solution to this. It's just not. If that was the case, we would know about this by now,” Gravel said. “If we think that more policing, more aggressive policing is a solution to anything in America, I think we haven't learned anything.”

Leaders should instead be focusing on underlying issues like poverty and devote money and resources to social workers and trusted community members and groups, Gravel said.

For example, he posited, Philadelphia could set up centers where community members who want to work on anti-violence initiatives can gather to exchange ideas or even receive training from psychologists, social workers and professionals from some of the city’s many universities. In that way, the city would be acting as a “broker” in the distribution of resources and helping people to stop shootings before they happen.

“If you can reduce the violence, if you can show the community that it really is becoming more safe, then instances where someone might be just carrying a gun for their safety, there might be a chance to leave their guns at home for a little bit,” Gravel said.