Two 11-year-old boys suffered graze wounds in separate shootings during another weekend of gun violence in Philadelphia, making them the latest child victims in the city.

The first boy was walking along the 6000 block of A Street in the Olney neighborhood shortly before 10 p.m. Saturday when he heard speeding cars and flying bullets, a Philadelphia Police department spokesman said.

The boy was grazed in the back of his head and his right shoulder and was taken to St. Christopher's Hospital for Children for treatment, according to police. 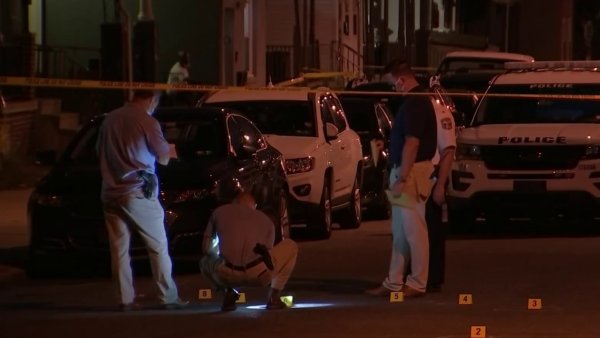 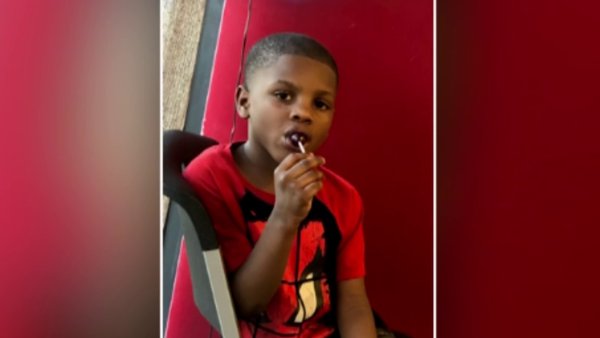 The boy suffered a graze wound to the back, the woman was shot in the right foot and the man was shot once in the chest. All three victims were taken to area hospitals.

The man is in critical condition while the woman and boy are both stable.

The incidents were just two of several shootings in Philadelphia over the weekend.

Shortly before 10 p.m. Saturday, a police officer responding to a report of a person with a gun heard multiple gunshots on the 800 block of Brill Street in the Frankford neighborhood. At least two bullets struck his patrol vehicle on the passenger side, police said.

Another officer who came to help tried to stop a man riding an ATV, but the man struck the officer and knocked him to the ground, making him hit his head, the PPD said. The officer was in stable condition at Jefferson Torresdale Hospital and the man was later caught and placed under arrest. Police said the suspect had a handgun in his possession.

At about 2:48 a.m. Sunday more gunfire broke out, this time on the 1800 block of Pratt Street in the same neighborhood. There, a 19-year-old man was shot three times in the arm and stomach before being taken to Temple University Hospital, where he was listed in critical but stable condition, police said.

About two hours later, police in Center City found a man who had been shot once in the leg near the intersection of 10th and Market streets. Medics took him to Jefferson University Hospital, where he was in stable condition. Police were investigating whether the shooting happened at that location or whether the man was shot somewhere else and walked to the intersection.

An 11-year-old boy walking outside suffered graze wounds to his head and shoulder when gunfire broke out. He is only the latest child gunshot victim as a summer of violence continues in Philadelphia. NBC10's Randy Gyllenhaal reports.

Shortly before 7 p.m. Sunday, a 25-year-old man was shot once in the back and once in the left leg on the 100 block of East Sharpnack Street. He was taken to the hospital where he was pronounced dead. A weapon was later recovered.

Finally, a 31-year-old man was shot once in the left elbow Sunday night on 17th and Dauphin streets. The man was taken to Temple University Hospital where he is in stable condition.

Police did not immediately announce any arrests in any of the cases, which all followed a mass shooting Saturday night in which a 17-year-old boy and five others were wounded as they had a late-night barbecue at a West Philadelphia playground.

Minors have been frequently caught in the crossfire throughout the city this summer.

Just this week, a 6-year-old girl was shot in the chest as a gun battle erupted in West Philadelphia. The city’s police union has offered $10,000 for information leading to an arrest.

Only days before the girl was shot, a 7-year-old boy died when another shootout happened as he was playing outside. Three men have been arrested in that case.

There have been more than 1,800 shootings and nearly 1,100 shooting victims in the city this year alone, according to Philadelphia Police Department crime statistics. However, those numbers are only current through Aug. 2, meaning the total is actually higher than that.

“These acts of lawlessness have no place in our communities; and I remain steadfast in that we will hold accountable those individuals who seek to cause harm in our city,” Philadelphia Police Commissioner Danielle Outlaw said in a late-night statement after Saturday’s mass shooting.