Ban Pit Bulls: Local City May Be Next

Pit bulls are a vicious dog breed, which should not be allowed on our city streets or in our homes.

If you believe them to be passionate, kind beings, think again—their genes and inherent aggressive nature will take over at any time.

This is the type of description you are likely to hear from some city officials, legislators, and many city residents when it comes to dog attacks and pit bulls. 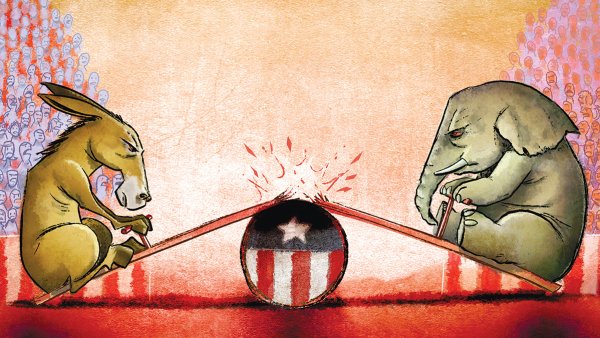 But, despite current events, we must take a step back and realize it is not the breed, which should be punished, but the irresponsible owners allowing any dog to take charge.

Following a pit bull attack of a 9-year-old boy in Wilmington, Del., January 23,  city officials are re-evaluating “dangerous dog” breed legislation and mulling over the idea of a city ban of “aggressive” breeds.

Wilmington currently requires pit bulls to be registered with the city, people under 18-years-old are not allowed to walk pit bulls, and muzzles are required when walking them in public parks.

New Castle County Councilman Jea P. Street will also re-introduce dangerous-dog legislation, which did not pass in 2008, which would require muzzles on specific pit bull breeds and mixes, require pit bull owners to post warning signs on their property, and owners would have to purchase $100,000 worth of liability insurance.

We don’t know if the legislation will be breed specific, but it does seem to be targeting pit bulls, right now—at least it seems to me.

Enforcing laws owners must follow to ensure a city is safe and that dogs are living safe, comfortable lives is important.  However, the focus must not be on the breed, but the owners themselves.

That’s a problem right there.

The dogs were roaming unleashed, were not micro-chipped, no tags, no collars.  The so-called “owners” of these three pits didn’t “own” them at all.  They allowed them to run wild.  Allowed them to be intimidators.  A responsible dog owner must train and be the dominant force in a household.  These “owners” should have never been allowed to own a dog in the first place.

In my opinion, they are to blame for this attack.

The pit bulls were kept at the Kent county SPCA for the three-day waiting period—those crucial three days, which determine their fate.

The owners never came in to claim them.

The pit bulls were euthanized.

What happened to the young boy in Delaware is a tragedy.  Children should feel safe to walk through their city without worry of attack, whether by people or animals.  It’s also a possibility the young man could be traumatized and maintain a life-long fear of pit bulls and dogs, in general.

The severity of a pit bull attack is what really causes concern.  Their strong bodies, their strong jaws are more threatening than the bite or attack of a yorkie, let’s say.

But, the problem here is, when will dog owners take responsibility for the animals they intend to keep?

Wilmington, if you do ban “aggressive” breeds, expect to ban dachshunds and Chihuahuas, as a recent study showed the “weiner dog” as more prone to bites and attacks.

A ban on dachshunds?--That’ll be the day.