No one was hurt, police said

An ATM exploded Thursday in West Philadelphia, the latest in a string of blasts targeting the machines in the city.

The latest explosion happened around 5:17 a.m. in front of a barbershop near the intersection of 51st and Market streets, the Philadelphia Police Department said. No cash was taken or injuries reported. 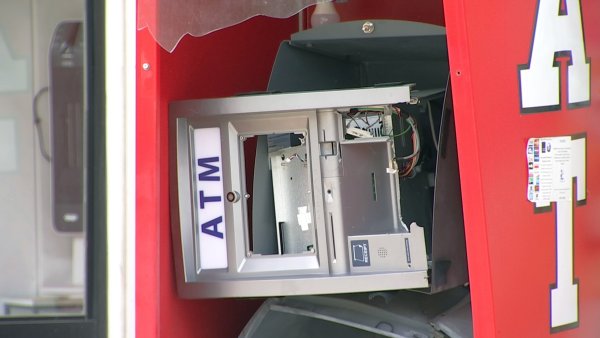 Man Accused of Blowing Up ATM in North Philadelphia

The blast did not seem to cause major damage to the barber shop, and the Philadelphia Police Bomb squad responded to the scene as authorities continued to investigate.

Roughly 50 ATMs were targets of explosions throughout Philadelphia back in June. Police said a 24-year-old man died trying to blow one up, while a 25-year-old man was arrested for allegedly selling homemade dynamite with instructions on how to use it on ATMs.