A similar effort took place in Atlantic City, where young people from a church helped clear a shopping district that saw smashed windows and looting.

Chris DeLeon, 34, of Trenton, carried a push broom and said he arrived at 8 a.m. with dozens of other people to sweep up broken glass.

At least three banks downtown, along with other business, had windows smashed. DeLeon said he attended the protest and saw live videos showing the vandalism after he left. He decided to come back to help clean.

“It just goes to show there’s at least as many good people as there are other folks out there," he said.

Atlantic City Mayor Marty Small apologized to businesses for vandalism and looting that affected more than 20 businesses Sunday, most of them in The Walk, a shopping district.

Seventeen people were arrested in connection with the looting, the mayor said, and six were Atlantic City residents.

The violence is unacceptable, Small said.

Teenagers from a church were among those helping clean up vandalism, Atlantic City Councilman Kaleem Shabazz said. 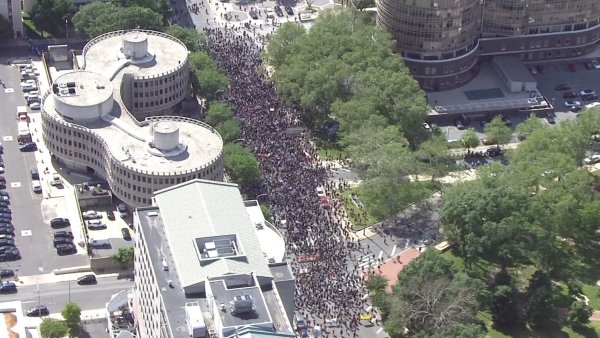 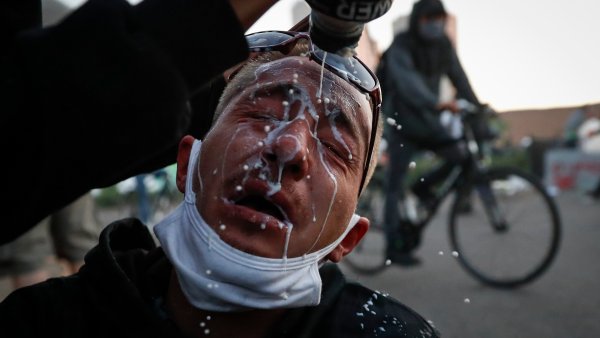 Use of Force Criticized in Protests About Police Brutality

Trenton Mayor Reed Gusciora toured the West State Street business corridor Monday morning and said police determined some of the vandals were from out of town. But he also called on young people in Trenton to take responsibility.

“This is definitely a step backward,” he said. “Yesterday was also peaceful for the most part. A productive dialog took place, but then once it turned dark, things go ugly. We had agitators from out of town who should have stayed out of town, and unfortunately we have a lot of youth from Trenton that have to take ownership of the damage downtown."

No injuries were reported in the disturbances Sunday night in Atlantic City and Trenton.

Floyd, a black man who was in handcuffs at the time, died May 25 after a white Minneapolis police officer kept a knee pressed on his neck even after he had stopped breathing. Protests have rocked U.S. communities ever since, with nightfall discontinuing peaceful activity.