‘Am I Enough? Absolutely', Police Commissioner Says Amid Leadership Questions

Danielle Outlaw was speaking amid questions about her decision making during last summer's racial justice protests.

Philadelphia’s police commissioner insisted Thursday she’s the right person for the job and will not resign as she forcefully pushed back on a scathing report that found she and other city leaders failed to adequately prepare for last year’s racial justice protests, leading to “cascading negative consequences.”

Commissioner Danielle Outlaw faced reporters amid questions over whether she would resign and still had the full backing of Mayor Jim Kenney, whom the report also blamed for last summer’s chaos. She said Kenney and other city officials have personally reached out to her and expressed their support.

While the commissioner mentioned she was “appreciative” of the report compiled by Philadelphia Controller Rebecca Rhynhart and said it would help the department better prepare in the future, Outlaw also pushed back on some key findings.

The Philadelphia City Controller is blaming Mayor Jim Kenney and other top officials for some of last spring’s civil unrest. In the blistering report, controller Rebecca Rhynhart states that if the city had properly planned, some of the looting and use of force by police could have been avoided. NBC10 investigative reporter Claudia Vargas has the details.

The five-month investigation was done by the law firm Ballard Spahr and security consulting firm AT-RISK International at the request of the controller. It cost taxpayers $150,000.

Some of the key findings include:

Outlaw said there was no blueprint for handling protests of the scale the city saw last year, and she took exception to the mention of the MOVE bombing and what she said was a failure to mention the “dozens” of injuries sustained by Philadelphia Police Department officers during the unrest. The report did mention injuries to officers, blaming them on a "failure of leadership and planning."

“While there can be no doubt that the events of this past summer caused many to draw parallels and relive police injustices committed throughout our nation’s history, I find it disingenuous and quite frankly repugnant that the report drew parallels between these events and the MOVE bombing of 1985,” Outlaw said. 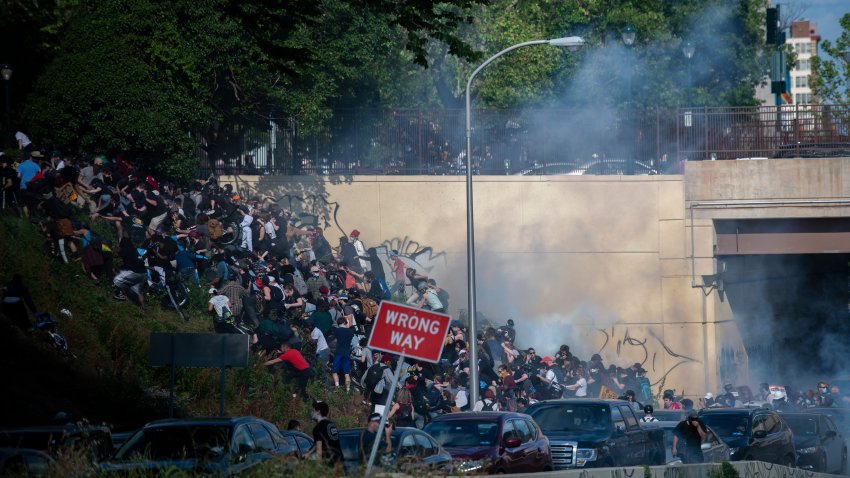 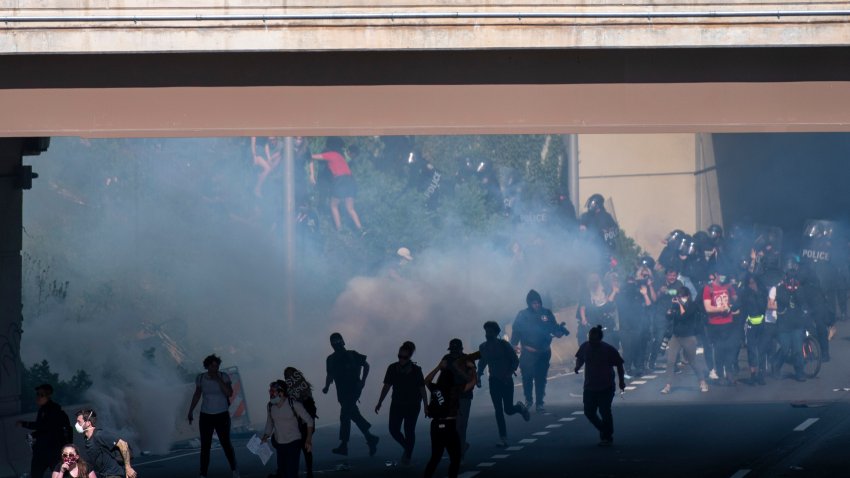 The report noted that the MOVE incident was the last time tear gas had been used in the city for the purposes of crowd control. It went on to point out that last year, tear gas was used several times throughout the city, including in West Philadelphia, where residents nearby had gas blow into their homes, in some cases hurting children.

Tear gas was also used on a large crowd that gathered on Interstate 676 in Center City. While Outlaw initially defended the decision to use gas on the crowd as people were trapped on an embankment, she and Kenney later delivered an about-face and admitted that the crowd had been peaceful and that the use of gas, white smoke, beanbag rounds and plastic pellets on protesters and reporters was wrong.

The report noted that Outlaw was parked on an overpass above the highway when protesters made their way onto it, but the commissioner said Thursday that she was not present when the gas was deployed. Instead, she said she arrived once the gas had already been used – without her authorization.

The report called the use of gas "indiscriminate" and "improper."

Despite the fact that tear gas hadn’t been used for crowd control for decades, Outlaw said she authorized its use in West Philadelphia because officers were surrounded and hurt. She added that she trusted SWAT officers’ ability to properly use the gas because SWAT certification requires officers to “remain fluent” with their equipment.

Outlaw said many of the report’s recommendations have already been implemented.