Update: Starting Monday, federal investigators are beginning to look into the blasts.

The last small fire was extinguished Saturday at the South Philadelphia refinery where a series of house-rattling explosions rattled the city Friday morning. 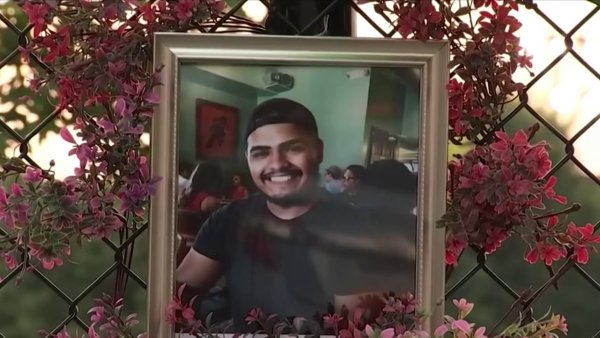 The Philadelphia Fire Department's hazmat unit and the Department of Public Health will continue to test the air for any hazards.

So far, they have not found anything unsafe, officials said.

Efforts to ease concerns in neighboring communities has not provided much comfort to residents who wonder what is in the thick, black smoke they watched rise into the air Friday morning at the Philadelphia Energy Solutions refinery.

"It's better safe than sorry," Christopher Formen, safety boater and rowing instructor at Bartram's Garden, said. "We don't know about the air quality. We don't know what the situation is with the physical fire. we don't know if something else is going to explode."

The PES refinery is the largest on the East Coast. The 150-year-old industrial plant is known as the largest single source of particulate pollution in the Philadelphia area even when there isn't an emergency.

NBC10 cameras were rolling as an explosion occured at the Philadelphia Energy Solutions refinery in South Philadelphia around 4:22 a.m. Friday, June 21, 2019.

Neighbors have protested the refinery and wondered about its safety. A group called Philly Thrive gathered again Friday at City Hall after protesting the same refinery earlier this month following a small fire at PES.

"I have witnessed it for years, blowing up," one protester, who lives near the refinery, said. "This is bad, people. Enough is enough."

The Chemical Safety Board — an independent, non-regulatory federal agency — said it will deploy a four-person team Monday to investigate the explosions and fire.

Four refinery staff members suffered minor injuries and were treated at the site, a refinery spokeswoman said. A shelter-in-place order was also briefly issued Friday morning after the fire broke out around 4 a.m.

On Saturday, Philadelphia Mayor Jim Kenney told reporters he was shocked after learning about the explosions.

"My initial reaction was 'Damn, this is bad,'" Kenney said. "It was a frightening scene. I'm thankful that no one got killed or seriously injured.”

Philadelphia Mayor Jim Kenney called for continued monitoring and regulation of the Philadelphia Energy Solutions refinery after what he called a “frightening” blast rocked the facility Friday.

City agencies would continue to monitor the situation and air quality, he added.

Kenney said health and safety issues need to be addressed, but he stopped short of calling for the closure of the plant.

"We will see what the federal and state authorities say, if that's what is called for that's what we will do," Kenney said.

But City Councilwoman-at-Large Helen Gym issued a statement Friday calling for the refinery to be shut down until PES could assure the safety of its workers and neighboring residents.

Officials have not released details on what caused the explosion.

It's also not clear what burned as refinery officials and fire officials have said offered different information. Peter DeCarlo, a Drexel University professor and air-quality expert, warned that whatever was released into the atmosphere could be dangerous.

"Immediate exposure can trigger asthma and other issues," he said.

Air monitoring sites could be outside the smoke plume caused by a blaze at the Philadelphia Energy Solutions refinery in South Philly, Drexel University professor and air quality expert Peter DeCarlo says. Some neighbors are demanded more answers about the emissions coming from the plant.

The Philadelphia Department of Health, however, said that they measured the air and discovered "no findings that would point to any immediate danger in the surrounding community at this time."