WARNING: Some may find the details of this story disturbing

A female juror looked to the ceiling, brought a tissue to her face and wiped tears from her eyes.

She couldn't bear to look at the injuries sustained by a 5-year-old girl abducted last year from her elementary school and raped with a sharp object.

"Gruesome," said attorney Tom Kline, who is handling the civil case on behalf of the now 7-year-old victim. "The photos are shocking and disturbing." 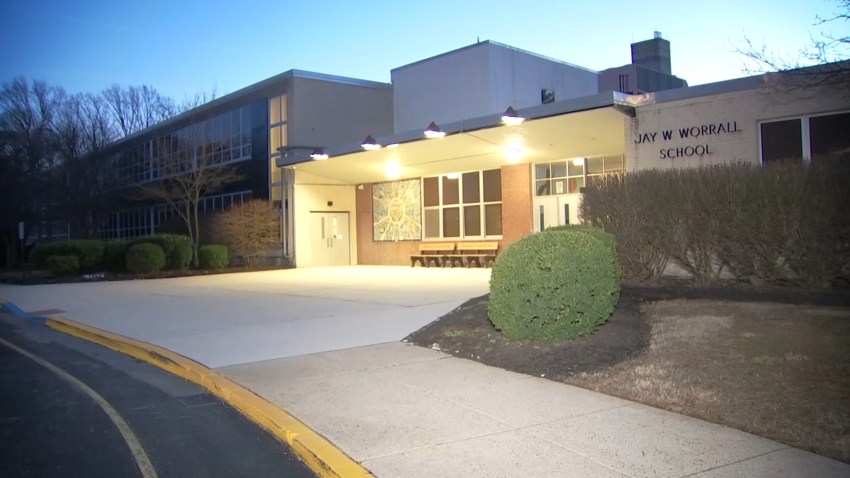 The evidence was so disturbing that Common Pleas Judge Jeffrey Minehart asked the public to leave the room.

The images were shown Tuesday as part of the Commonwealth of Pennsylvania's case against 21-year-old Christina Regusters. The woman, who allegedly committed the depraved acts on the girl over a 19 hour long period last January, stands as the only person charged in the case.

As the photos were flashed on a large projection screen in Criminal Justice Courtroom 1101, Regusters also diverted her glance -- looking down as her cheek rested in her left hand.

Police officers, jurors and media allowed to stay for the display were visibly jarred as Dr. Cindy Christian, a Children's Hospital of Philadelphia (CHOP) pediatrician who specializes in child sex abuse, detailed the damage done by the violent assault.

The doctor said the object used in the rape, which could have been a wooden broom handle, prevented the girl from controlling her own bowels.

"I can’t imagine it being any more severe," said Christian, who also testified about injuries to the girl's vagina.

After being found partially clothed in an Upper Darby playground, the girl was transported to CHOP's emergency room where she was examined and forensic evidence collected.

The girl was also given anti-retrovirals to try and protect her body from any exposure to sexually transmitted diseases like HIV. Some of the drugs caused illness and vomiting, which the child endured for days after treatment in the ER.

Christian testified that the child’s mother called pediatricians days after leaving the hospital because the child remained in immense pain, had difficulty walking and was still not able to go to the bathroom.

The girl was taken to the hospital's Child Abuse, Referral and Evaluation Clinic where she was surgically examined under anesthesia. Christian said the internal exam helped them determine the need for a temporary colostomy bag to give her body time to heal.

That procedure was reversed in May, four months later, with another surgery, the doctor testified.

Christian said she has conducted “thousands and thousands” of exams on children who had been sexually abused. She said she can’t think of more than two handfuls of cases where the trauma and injury to the anus had been as severe as what the child went through in this case.

“Children shouldn’t have to have colostomies. They are very rare,” Christian said.

Regusters has maintained her innocence in the case. Her attorney has argued that prosecutors have the wrong person, despite the introduction of DNA evidence on the T-shirt the child was wearing when she was found.

Earlier in the day, the victim's brother and sister took the stand to recount the day of the abduction. The victim is expected to face her alleged rapist in court Wednesday.