Two men are in critical condition after multiple shots were fired in two separate incidents only moments apart in Philadelphia early Thursday morning.

A bullet struck an 18-year-old man in the chest just after midnight near the intersection of North 27th and West Stiles streets in the city's Brewerytown neighborhood, according to authorities.

The victim stumbled down Stiles Street to the corner of 28th Street, where police say they found him.

He was transported to Hahnemann University Hospital, where he is in extremely critical condition. 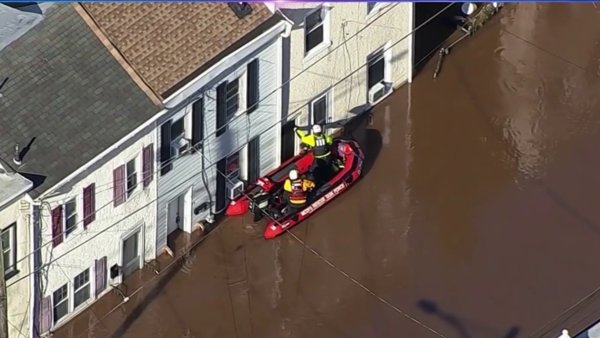 Are You Covered? What to Know About Flood Insurance

About 3.5 miles away, a 46-year-old man was shot in the stomach around midnight near the intersection of North 7th and West Schiller streets in the Hunting Park section of the city, according to police.

The victim was taken to Temple University Hospital, where he is in critical but stable condition, officials said.

No arrests have been made in either incident.