Editor's Note: 10 Questions is a weekend feature on NBC10.com. If you know someone who we should profile, please email us.

Helen Gym is the founder of Parents United for Public Education, an organization advocating for a strong Philadelphia public school system.

What is Parents United?
Parents United for Public Education came about to engage parents citywide to stand up around a strong public school system. With all the events that have transpired in the last year or so there’s nothing more important than the quality of our schools. It’s tied to our population, our future and tied to children —getting people engaged and active and passionate about our public schools. 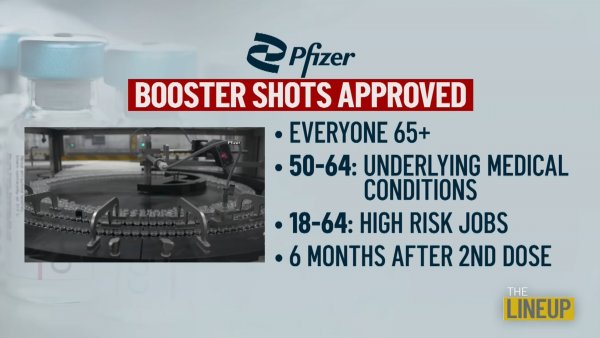 Tell us a little more about yourself.
I’m a transplant from the Midwest. I came here for college and stayed here more permanently since the 90s. I’m a former public school teacher in the district. I was the first editor of the Philadelphia Public School Notebook. I’m a parent of three children. I helped found a charter school in Chinatown. I’m a daughter of immigrants.

What was life like growing up in the Midwest?
My parents did not have that much. Everything I ever got in my life, including sports, art activities and community functions, learning to ride my bike at the park in Columbus, Ohio, learning to swim at the public pool, alll came from public spaces. They have had an incredible impact on my life and what I understand a society's purpose to be. That's a belief I carry with me. No matter what background you come from, these public goods help give us all the quality and access to opportunity that many people would not have otherwise.

How do you summarize the current situation with the Philadelphia public schools?
We’ve been at this for a very long time. I was a teacher in the 90s, active around the state takeover in 2001. What makes this crisis very different is, it has created a perfect storm. The governor has made it his mission to under-fund public schools all over the Commonwealth. You've got a massive and rapid expansion of the school system with the creation of charter schools. Philadelphia's charter schools alone comprise the second largest district in the Commonwealth and they largely came up over the last decade. And we have a local leadership that has really lost its way around understanding, much less believing in, the mission of public education. But the biggest danger for the Philadelphia public schools at this time is beyond funding and politics. It’s not about Republicans and Democrats, it's really about whether people believe in public goods and public spaces for all. A lot of people have said let education become like the housing or health care market -- great opportunities for those who can afford it, dramatic inequity for the rest.

We are moving very rapidly away from the notion of what it means to have something be a quality public good.  There are those who stand to profit by promoting the idea that everything is for sale -- that children are customers, clients and commodities to be bought and sold.

How can the issues facing the school district be fixed?
The governor took out almost a billion dollars in public education in his first year in office. That money comes directly out of schools and districts. We’ve stripped out school aides, nurses, librarians, teachers and support staff. Our schools are a shell, essentially. How much longer can we live with this? Schools are being starved to the point of dysfunction. It's purposeful and deliberate. The political thing I see as political gamesmanship has no relevance of what we are talking about when we talk about the kind of schools we want our children to attend. They are fighting over money that is pennies under the couch. We need to come up with the amount of money it takes to fund the schools our children deserve. We are not even close.

For the short term, the district needs enough money to at least operate safely and have at least a shot at educating children this school year. That’s not $50 million. It’s far more. We need the District to rethink its priorities. It’s chasing after reckless schemes that have little basis in data and research and are funded by outside entities with articulated and vested interest in destabilizing public school systems. One of the District’s biggest increases in spending (proportionally speaking) is the money going to lawyers to address anticipated lawsuits. How disgraceful is that? How indicative is that about how far away the District is headed from its mission and duty to Philadelphia’s children? The District must also limit contracts. No new initiatives and stop indiscriminatory expansion of charters.

In the longer term, we need a fair funding formula for Pennsylvania that not only invests in education significantly but also accounts for poverty and special need. Pennsylvania is one of only three states in the nation without a funding formula. The legislature literally decides the future of Pennsylvania's children in back door deals. As a district, we need to focus on teaching and learning. Districts that have successfully turned themselves around invest in their staff as educational professionals who find teaching a sustainable and respected profession. We need to stop the churn in our public schools, the high turnover of teachers and principals, the rapid opening and closing of schools, in order to stabilize school communities, focus our priorities, and learn from our mistakes.

What can students do to have an impact on the school district?
It’s been an incredible year to see thousands of students pour out onto the streets and testify about what’s happening in the city. We saw thousands come out around school budget crisis. I feel like students being conscious that their education is tied to this larger question about the moral center and future of Philadelphia is something that is both necessary and powerful. Many have done it and many more can make that connection.

Can adequate school funding be achieved?
I have no doubt that the city and state will strike a deal regarding Philadelphia public schools. But, will that deal lower the bar? We haven’t had a conversation about the quality of education. I have no doubt that people are going to bicker about things that have nothing to do with what the core issues in the schools. The political leadership, with both the city and state, have lost their moral center when it comes to determining what a quality education looks like. They are bickering over numbers that are irrelevant and they don’t know what we need. It’s us who need to define the numbers. We put out the number, a minimum amount of $180 million. That is the number the District requested last spring. Until we have the conversation about the $180 million, we want a guidance counselor in every school. We want our school aides back. We lost 1,200 of them. You can’t run a lunch room with one person. We are demanding that schools are adequately staffed and funded with a fair funding formula. We are drawing a line because we have to. The $180 million is only a starting point to begin to have the conversation about what's necessary to restore a minimum level of safety. We define safety with the number of adults in a building, not a security camera.

Do you support a boycott of Philadelphia schools?
If they give us $50 million by spring we will run out. We are calling upon the district to not open schools until they are fully staffed and funded. Boycott may not be the right word. I think what we are calling upon is for the district to be responsible to not only the children but also the staff. This is their responsibility to do. And we won’t support it otherwise. We think schools should stay closed and not open until we can promise children that they are getting an education -- not just going to a shell of a building once called a school.

What other school issues are there out there?
I think there are a lot of things happening with the school district right now. Who runs the school district? Why are we, in Philadelphia, one of the few places in the country where we can’t elect our own school board? We have been under a state run school board for 13 years and mayorally-appointed before that. The question about responsible and responsive leadership at our school district level is a very important conversation to be had. The changing notion of public – we are eroding that very quickly, expanding the idea of privatization and opening the door to other problematic areas. There are issues such as high stakes testing. Grading schools. We strip more and more resources from children. We demand students are college and career ready but refuse to fund them to give them a shot at being college and career ready. It's a dichotomy of standards that have no money and resources attached to them and it is setting children up to fail.

Last thoughts…
We have a governor who ran against public schools and children. That’s how I feel. In the next governor’s race we are going to have to decide how much education will become an issue. We need to ask the question whether we are going to allow the next governor to get away from that core ideal. The mayor’s race is right after that. Will we allow people into office who don’t think about, don’t care and aren’t committed to public education in Philadelphia? For most people there is a big difference between public and private. The fight is going to continue. To me, public education and the responsible and loving care of our children is the central issue of Philadelphia's future.