Wildfires in California, Washington and Oregon sent smoke across the country, blanketing the continental U.S. with a haze from sea to smoking sea

Dangerously dirty air spewing from the West Coast wildfires is seeping into homes and businesses, sneaking into cars through air conditioning vents and preventing people already shut away by the coronavirus pandemic from enjoying a walk or trip to the park.

People in Oregon, Washington state and California have been struggling for a week or longer under some of the most unhealthy air on the planet. The acrid yellow-green smog may linger for days or weeks, scientists and forecasters said.

It is also a sign of things to come. With wildfires getting larger and more destructive because of climate change and more people living closer to areas that burn, smoke will likely shroud the sky more often in the future.

“I don’t think that we should be outside, but at the same time, we’ve been cooped up in the house already for months, so it’s kind of hard to dictate what’s good and what’s bad. I mean, we shouldn’t be outside period,” Portland resident Issa Ubidia-Luckett said Monday.

The hazy air closed businesses like Whole Foods and the iconic Powell’s Books in Portland and suspended garbage pickup in some communities. Pollution and fire evacuations canceled online school and closed some college campuses in Oregon.

“It is so bad that you can likely smell (smoke) inside your house,” said Sarah Present, the health officer for Clackamas, Multnomah and Washington counties. “In some areas, the air quality is so hazardous it is off the charts of the EPA’s rating scale.”

The Oregon Department of Environmental Quality’s Air Quality Index is considered hazardous between 301 and 500. Values above 500 — which multiple Oregon cities have reported during the past week — are beyond the index’s scale. 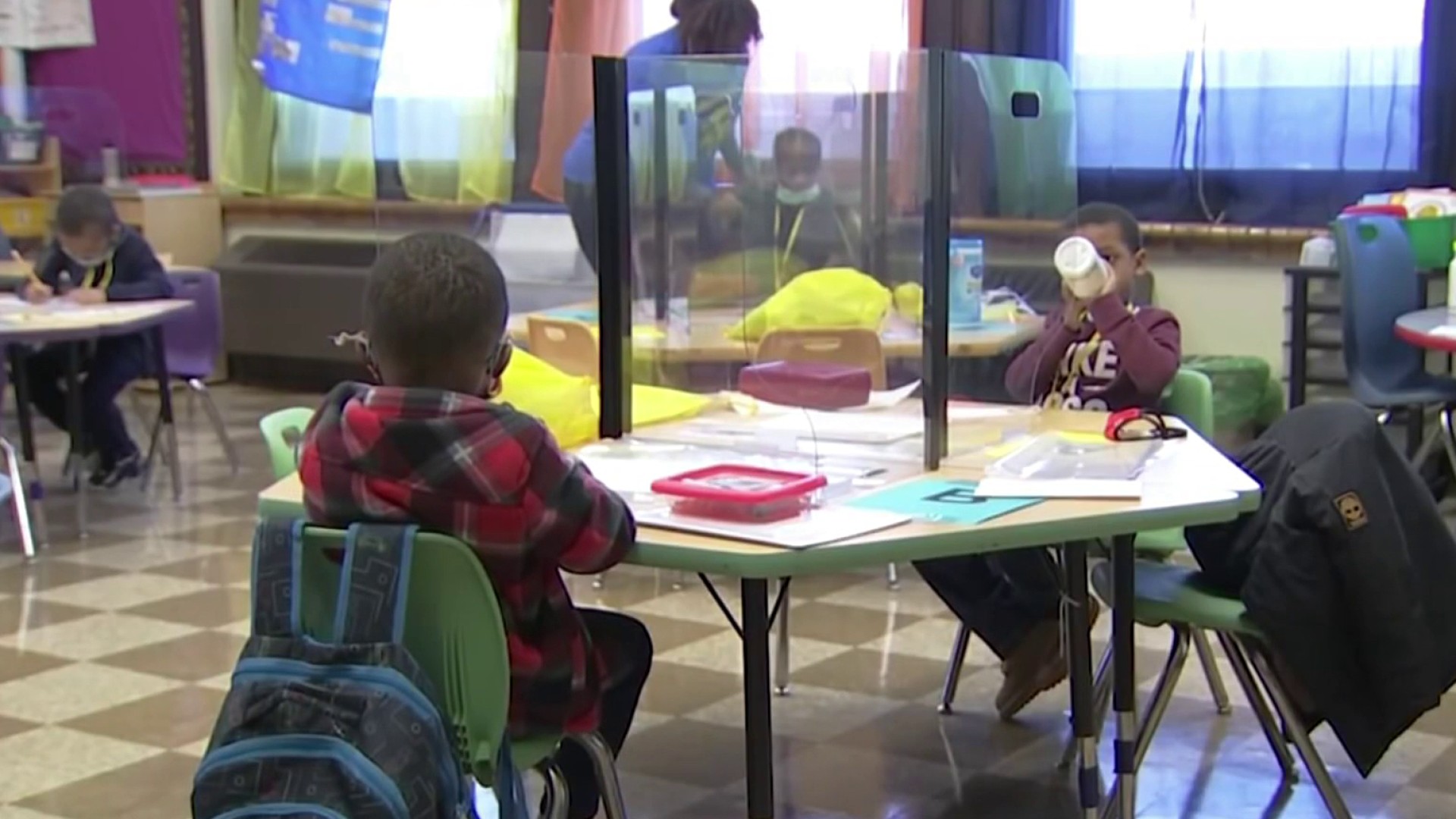 Rollback in COVID Guidelines As Back-to-School Season Gets Underway 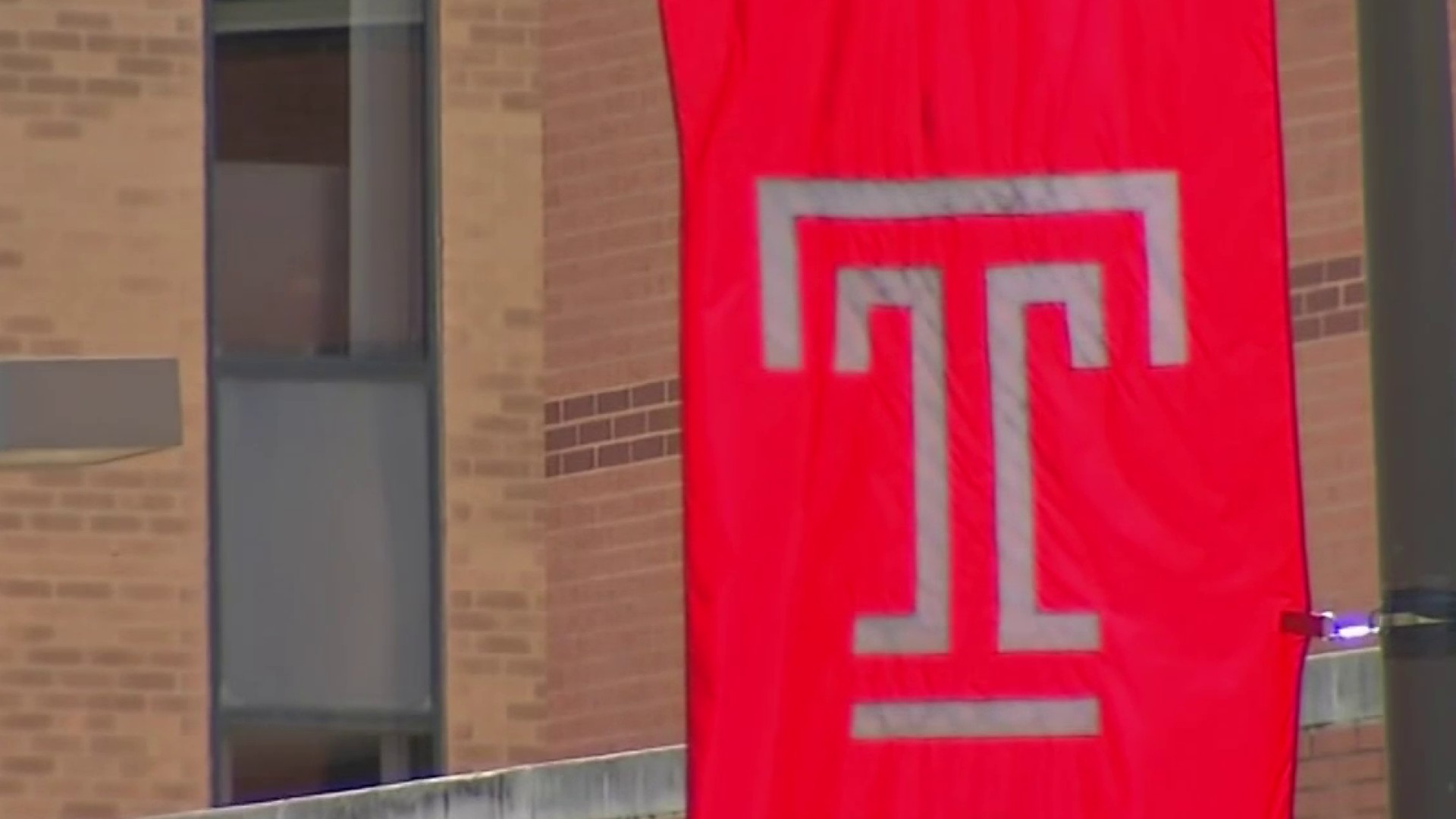 The air quality agency extended an alert to Thursday, and the air was so thick that Alaska Airlines stopped flights to Portland and Spokane, Washington, until Tuesday afternoon.

Zoe Flanagan, who has lived in Portland for 12 years, braved the smog to walk her two dogs Monday. In desperation, she and her husband turned on the heater a day earlier because it has a better filter than their air conditioner.

She said the air made her feel hungover, despite not drinking. She could not get enough water, and she had a headache. With health officials urging people to stay inside, the poor air also took away the simple pleasure of being outdoors during the coronavirus pandemic.

“Those backyard hangouts that we all got so used to as our one saving grace are now totally gone, and we just have to keep practicing letting go of what normal is," Flanagan said.

Smoke can irritate the eyes and lungs and worsen some medical conditions. Health experts warned that young children, adults over 65, pregnant women and people with heart disease, asthma or other respiratory conditions were especially vulnerable.

“The lasting effects of breathing the small particulates in the wildfire smoke can be extremely dangerous,” Present said. “It can lead to heart attacks, irregular heart rhythms and even death.”

The region has had a significant increase in visits to emergency rooms due to air quality, officials said Tuesday.

Smoke from dozens of wildfires is pooling in California's Central Valley, an agricultural region that has some of the state's worst air quality even when there are no flames. Some parts of central California are not likely to see relief until October, said Dan Borsum, the incident meteorologist for a fire in Northern California.

“It’s going to take a substantially strong weather pattern to move all the smoke,” Borsum said at a briefing Sunday.

Joe Smith, advocacy director for Sacramento Loaves & Fishes, which helps homeless people, said California’s capital city has not seen consistent blue skies in weeks. People without homes have been grappling with an onslaught of disasters this year.

“Some of the toughest folks you’ll ever meet are people who live outdoors, unhoused, but it is getting to them,” Smith said. “We’ve got COVID-19, followed by excessive heat wave, followed by smoke. What’s going to start falling out of the air next on these poor folks?”

Twana James, who lives in a tent in Sacramento, coughed several times, trying to clear her throat, saying her voice is not usually so hoarse.

“Everything is covered in ashes,” she said by phone Monday. “It’s hard to breathe.”

Places like the Oregon Convention Center in downtown Portland are being used as shelters for people who need a dose of healthy air. Typically during wildfires, people can escape to other areas of the state to breathe easy, said Dylan Darling, a spokesman for the Oregon Department of Environmental Quality.

“That’s what’s standing out — there just isn’t a place in Oregon right now to find fresh air,” Darling said. The level of pollution lingering for so long and so widely “really stands out in the state’s history,” he said.

Oregon needs a “perfect balance” of winds to disperse smoke but not exacerbate the fires, said Tyler Kranz, a meteorologist at the National Weather Service's Portland office.

“We need the winds to get the smoke out of here,” Kranz said. “We just don’t want them to be too strong, because then they could fan those flames, and all of a sudden, those fires are spreading again.”

Ubidia-Luckett was eating outside Monday at a popular burger place east of Portland with her 6-year-old son, but they moved inside because of the bad air, which had postponed the boy's first day of kindergarten for the second time.

“That’s the hard part for little kids. They’re so cooped up so what do you do?" she asked. “Eventually, they want to go outside.”

Associated Press writers Janie Har and Juliet Williams in San Francisco contributed to this report. Cline reported from Salem, Oregon, and is a corps member for the Associated Press/Report for America Statehouse News Initiative. Report for America is a nonprofit national service program that places journalists in local newsrooms to report on undercovered issues.