Robin Thede’s face lights up when she hears that the deliciously clever humor of her “A Black Lady Sketch Show” provokes a laugh-out-loud response.

“That means the most. That’s the whole point,” said Thede, who created, produces and acts in the HBO show, with its critical raves underlined by groundbreaking Emmy nominations.

A tickled viewer demonstrates that “we connected at a human level ... and that is the biggest gift I can give to people, especially for Black women, because we just don’t have it," Thede said.

She cites the “duh” moments prompted by the show’s rarity. 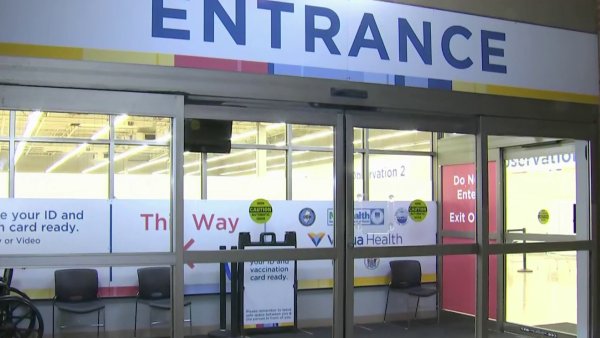 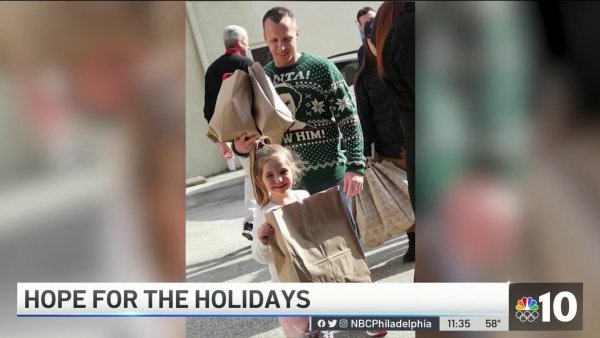 MVP Recovery Giving ‘Hope for the Holidays' in Kensington Neighborhood

“People are saying why didn’t we exist? We had ‘Chappelle’s Show,’ we had ‘In Living Color,’ we have these great sketch shows in Black media traditions,” Thede said, “but never where women were at the forefront. And why not?”

“A Black Lady Sketch Show” illustrates what's been missing. It offers a dizzying array of characters artfully played by Thede and fellow cast members Ashley Nicole Black, Gabrielle Dennis and Quinta Brunson. The stories can be satirically biting and at times surreal, such as the (spoiler alert!) soul food restaurant that’s its own kind of purgatory.

It's from the Black female perspective but with a comic sensibility inviting to all. Season-one sketches included a gang meeting with standard HR protocol; a wedding dinner hijacked by a severely woke family member, and a support group for women who are “bad (expletives),” as in rhymes-with-witches.

The series is competing with “Saturday Night Live” and “Drunk History” at the Sept. 20 ceremony airing on ABC and hosted by Jimmy Kimmel. (The limited contenders reflects a new TV academy rule that adjusts a field’s size based on the number of submissions.)

Thede is both a versatile performer who “can do it all, from subtle observational comedy to big character swings” and a sophisticated artist, said Amy Gravitt, executive vice president for HBO Programming.

“She wanted to do something new with the format, not just by featuring a cast of all Black women — which shouldn’t be revolutionary — but also by playing with genre and paying as much attention to the aesthetic of the show as the comedy,” Gravitt said in an email interview.

Framing the sketches is an unspecified apocalypse that’s forced a group of women to huddle together, a twist Thede dreamed up pre-pandemic and which she promises will be fleshed out in the second season. The new episodes were written and ready to shoot when COVID-19 forced an industry-wide production halt that’s only slowly easing.

In late August, Thede was awaiting the green light for taping of the show that boasts Issa Rae (an Emmy nominee for her series “Insecure”) as an executive producer.

For Thede, who grew up in Davenport, Iowa, the series reflects a childhood embrace of comedy and the escape it provided. She shares that passion with her father, an educator who named her after his favorite comedian, Robin Williams. (Phyllis Thede, her mother, has served as an Iowa state representative since 2009 and is running again).

Growing up, Thede said, she was a “nerd,” a stutterer and one of the few Black youngsters at school, especially in the primary grades. She found refuge among TV characters.

“I really mean it when I say TV was a friend of mine," she said, recalling how she would copycat those she saw on the small screen from newscasters to sitcom characters, including Jackée Harry's Sandra on “227” (an impersonation Thede revived on her show).

She kept up the mimicry as a teenager, started shooting sketches and earned the kind of reaction that made her think, “'OK, maybe I'm kind of good at this,'" she recalled. She graduated from Northwestern University, honed her improv skills at The Second City in Chicago and built TV credits that include “The Nightly Show with Larry Wilmore” and “The Rundown with Robin Thede.”

The TV industry is gradually opening doors to women and people of color, who have long pushed for a fair shot at work and the chance to make shows with diverse voices and points of view. That's also led to a more inclusive Emmys, with a record number of African Americans nominated in 2020.

Thede welcomes the increased awards recognition, but is adamant that it not be misconstrued amid America's reckoning with entrenched racism and inequality that followed the death of George Floyd in police custody.

“Someone said to me, ‘This is like the reparations Emmys,'" Thede said, staking her rebuttal on acclaimed nominees including “Watchmen” with Regina King, “Little Fires Everywhere” with Kerry Washington, “Insecure” — and “A Black Lady Sketch Show."

“We're breaking ground not just because we’re Black women, but because the show is just damn funny. It just is,” she said proudly of her series. "That’s indisputable.”