The Push to Close the National Park ‘Gap' for Pennsylvania, NJ

Up a winding mountain road two hours from any major city, a small parking lot appears through the fall foliage and it’s as busy as any Wawa. Cars from Pennsylvania, New Jersey, and New York wedge into spots and forge a few new ones.

“Are you leaving?” drivers asked any hiker standing near a car.

Nearly all of them were there on this Friday afternoon in October to see Raymondskill Falls, the tallest waterfall in Pennsylvania, and one of the main attractions in the Delaware Water Gap National Recreation Area. Encompassing 70,000 acres of mountains, forest, and the Delaware River, the Water Gap is one of the most popular outdoor destinations in the country with more than 4.5 million visitors annually. 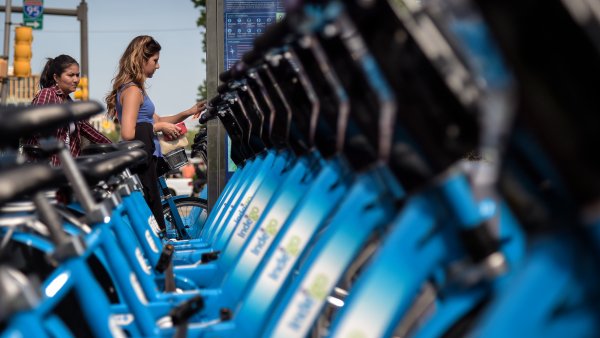 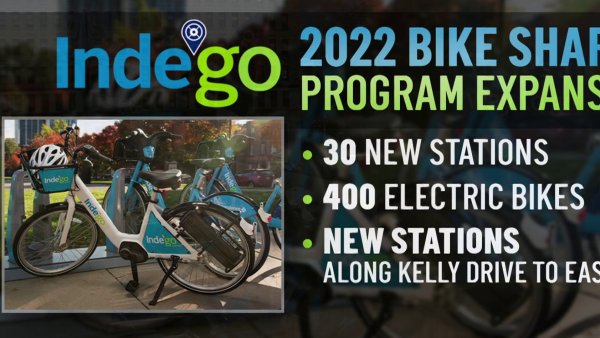 Indego Pedaling Ahead With 2022 Expansion Plan

What’s missing, fans of the area say, is the distinction of being named a “national park,” the crown jewels featured in documentaries and coffee-table books, often on the checklist of outdoors enthusiasts from all over the world. Groups like the Sierra Club, in both New Jersey and Pennsylvania, along with other outdoors enthusiasts, are trying to change that, dropping “national recreation area” for “national park and preserve.”

“You never hear people say, ‘I’m going to go see all the national recreation areas in America,’” said John Donahue, who spent 14 years as park superintendent of the Delaware Water Gap. “This place, basically, already is a national park.”

Pennsylvania, New Jersey, and New York have no national park, the nearest being Shenandoah, four hours south of Philadelphia. Pennsylvania is home to several national historical parks, including Independence Mall and Valley Forge, which are both prized for their place in history. National parks like Yosemite and Grand Canyon, however, are designated for their natural beauty and resources. There are only nine east of the Mississippi River.

John Kashwick, vice chair of the New Jersey chapter of the Sierra Club, said turning the Water Gap into a national park is a social justice issue. The Sierra Club has supported the proposal for almost a decade.

“It’s not just scenery,” Kashwick said. “Its proximity to large urban centers like New York and Philadelphia make it accessible to millions. There’s so many people who could be served by this park.”

Donald Miles, vice chair of the Pennsylvania chapter of the Sierra Club, said the move from a recreation area to a national park would, ideally, command a larger budget to address amenities and infrastructure.

“We basically see the same amount of tourists as Yellowstone but without the commensurate budget,” he said.

The Water Gap has an annual budget of $8.2 million from the National Park Service, while Yellowstone National Park’s budget is $27.6 million.

Like Yellowstone, the Water Gap encompasses several states, and both the New Jersey and Pennsylvania chapters of the Sierra Club plan to present proposals to elected officials, Indigenous leaders, business owners, and residents in both states in the coming months. From there, it would require U.S. House and Senate support. This happened in West Virginia in December 2020, when the New River Gorge National Park and Preserve was created. New River is America’s 63rd national park and while the effort had overwhelming support, some locals in West Virginia feared the area simply did not have enough amenities — campgrounds, stores, parking spaces, and bathrooms — to stay in step with the uptick of tourists the name change would bring.

“The national park system of the United States of America is the gold standard in the world of conservation and stewardship,” one West Virginia business owner told the Guardian in May. “I don’t want this to be the place where the brand is diminished.”

The Delaware Water Gap already sees double the number of tourists New River does, but Sean Strub, mayor of Milford, Pike County, said he hasn’t heard any opposition to the possible renaming. Milford, the northern gateway to the Water Gap, already has a hotel, rentals, and restaurants, Strub said.

“The Water Gap is already a deciding factor in all our development plans here,” Strub said. “It’s why people move to Pike County and why they visit. The Water Gap can definitely handle a lot more people, but maybe not a lot more cars.”

John Christie, a Monroe County commissioner, said it’s too soon to say how the rebranding would play out. He does have concerns about the smaller roads that intersect the Water Gap and would hope that budget increases could address them.

“The infrastructure in that area does not support a whole lot of traffic,” he said. “I’d like to hear more, the arguments for both sides of this.”

The COVID-19 pandemic brought an influx of tourists to the area, Donahue, the retired park superintendent, said, and that highlighted some parking issues and prompted some trail closures to popular waterfalls, like Raymondskill. He said national park user fees and possible budget increases could help address those issues as a national park. Some national parks require entrance fees.

Like New River, the Water Gap would be a national park with a preserve, which would secure hunting and fishing, two major traditional uses there. Miles said opposition from hunters was a concern when the Sierra Club first floated the idea several years ago.

“Hunters and fishermen will be among the first people we speak to,” he said.

Atop a vista overlooking the river and New Jersey, Donahue, 68, pointed out how precious the Water Gap is, given its location in the Northeast and how it was nearly lost. In the early 1970s, the U.S. Army Corps of Engineers planned to dam the river, and the resulting reservoir was supposed to supply drinking water to both Philadelphia and New York City. Activists and residents pushed back and the plan was scrapped. The National Park Service took over in 1975.

“There’s places where you can see all three states at once,” he said.

If the national park plan is approved, Donahue said, the change would happen “immediately.”