More than 41 million Americans have filed for unemployment since the start of the coronavirus pandemic two months ago, the Labor Department reported Thursday.

Although every state is looking for ways to reopen and restart the economy, the U.S. leads the world in both coronavirus cases and fatalities, with nearly 1.7 million cases and more than 102,000 deaths, according to a tally from Johns Hopkins University.

Meanwhile President Donald Trump said Friday that the U.S. will be terminating its relationship with the World Health Organization, saying it had failed to adequately respond to the coronavirus because China has “total control” over the global organization.

He said Chinese officials “ignored” their reporting obligations to the WHO and pressured the WHO to mislead the world when the virus was first discovered.

The U.S. is the largest source of financial support to the WHO and its exit is expected to significantly weaken the organization. Trump said the U.S. would be “redirecting” the money to “other worldwide and deserving urgent global public health needs,” without providing specifics. 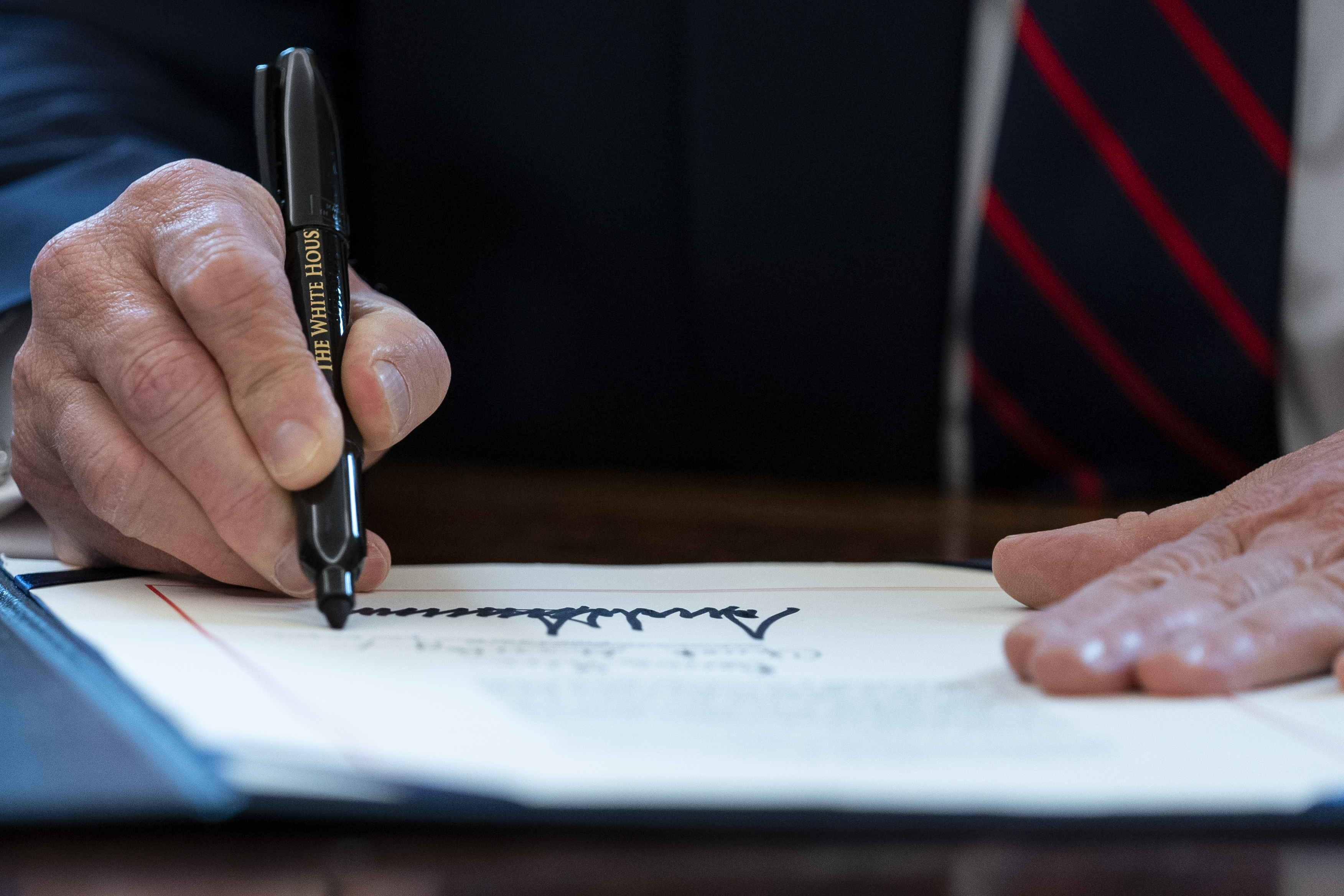 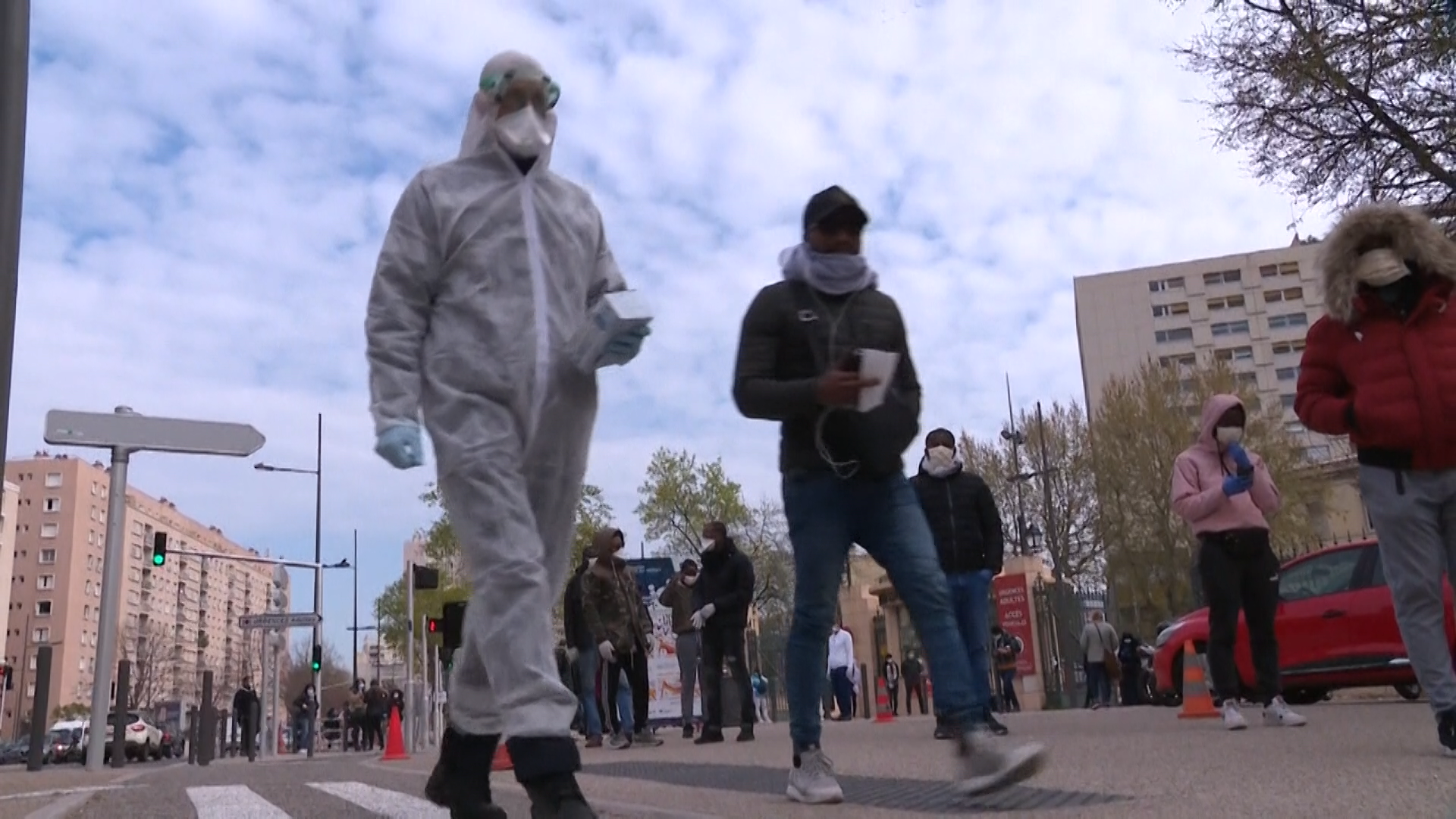 Americans' personal savings hit a record 33% in April while consumer spending fell by a record 13.6% plunge for the month.

Analysts say the strength of the nation's economic recovery going forward will hinge on whether Americans feel comfortable parting with their cash again.

The savings rate, up from 12.7% in March, is the highest since the U.S. Bureau of Economic Analysis began tracking how much people save as a percentage of their disposable income in the 1960s, CNBC reported. The previous record was 17.3% in May 1975.

Last month's 13.6% spending decline, meanwhile, was far worse than the revised 6.9% drop in March, which itself had set a record for the steepest one-month fall in records dating to 1959. Friday's Commerce Department figures reinforced evidence that the economy is gripped by the worst downturn in decades, with consumers unable or too anxious to spend much.

“There’s not much opportunity for many people to go out and spend money,” Megan Greene, Senior Fellow at Harvard Kennedy School, told CNBC. “With shops all closed and everybody locked up, the ‘shopportunities’ have dried up. That speaks to a kind of demand shock.”

A separate study by TD Ameritrade conducted from April 24 to May 4 found 78% said they've saved money by not going out to eat -- for an average $245 since the pandemic started, CNBC reported. Other large percentages of those surveyed said they scored major savings by holding off on vacations and large purchase like cars.

Bank of America CEO Brian Moynihan told CNBC that checking accounts have 30% to 40% more money in them than compared with 12 weeks. He is among the financial experts who expect more to be spent in the future.

“Sure there’s a lot of despair out there and really difficult stories, but if you look at the consumer as a whole, the consumer has this huge saving right now, and that, once the paralysis is done, that’s pent up demand waiting to be deployed,” Ark Invest founder Cathie Wood told CNBC.

Virus Ignited in US No Earlier Than Mid-January, Study Says

The spark that started the U.S. coronavirus epidemic arrived during a three-week window from mid-January to early February, before the nation halted travel from China, according to the most comprehensive federal study to date of when the virus began spreading.

That means anyone in the U.S. who thought they had the virus in December or early January probably had the flu, public health researchers said.

Some people have claimed Americans were getting sick from the coronavirus as early as November and that infections were spreading in the U.S. before any case was identified, said Dr. Robert Redfield, the head of the U.S. Centers for Disease Control and Prevention.

“(This) puts data into the discussion. Prior to this we had discussion without a lot of data,” he said.

In the study released Friday, CDC researchers collaborated with health officials in six states as well as genetics researchers and disease modelers in the Seattle area.

They drew on four kinds of data. One was reported illnesses by hospital emergency departments across the country. Another was a look back at about 11,000 respiratory specimens collected in January and February. A third was a genetic analysis of viruses taken from patients in California, Washington and the Northeast. Finally, autopsy findings from California also fit the theory.

The new coronavirus emerged in Wuhan, China, late last year. The first U.S. infection to be identified was a traveler — a Washington state man who returned from Wuhan on Jan. 15 and sought help at a clinic on Jan. 19.

The White House announced a ban on travelers from China on Jan. 31, with implementation beginning on Feb. 3. Before that, some travelers were screened for symptoms at some airports. Only later did health officials realize the virus could spread before symptoms show up, rendering symptom-based screening imperfect.

White House officials in February declared the virus was contained and not a current risk to the American public. Until late February, coronavirus infections were too rarely diagnosed by emergency departments to be identified as a growing epidemic, the study found.

But limited spread in some communities was occurring in late January and early February, the study found.

Early instances of infection were found in the 11,000 airway samples collected from six states. The earliest was in a sample collected Feb. 21 in the Seattle area.

Genetic analysis from early cases suggest a single lineage of virus from China began spreading in the United States between Jan. 18 and Feb. 9.

One of the report's authors, Trevor Bedford of Seattle’s Fred Hutchinson Cancer Research Center, has been tracking the pandemic using the virus’s genetic code. He said in an email Friday that there could have been a few undetected cases of the coronavirus in the U.S. in December or January, but flu season was at its height.

“Based on just symptoms in January, it’s almost certainly flu or another respiratory infection,” Bedford said.

The earliest infections in Washington and California were from viruses originating in China, a genetic analysis found. Several introductions of the virus from Europe followed in February and March.

A separate study, released Friday by the journal Science, focused on the virus's beginning in New York City, which was hit hard by the virus.

It looked at the genetic information of coronaviruses gathered from 84 patients treated at the Mount Sinai Health System between Feb. 29 and March 18. The information provides clear evidence for multiple introductions of infections — largely from Europe — into New York during the first weeks of March, the authors concluded.

The Trump administration announced a travel ban for most of Europe on March 11, and it went into effect March 13. The United Kingdom and Ireland were initially not included.

Ana Gonzalez-Reiche and her fellow authors wrote that the travel restrictions did little to prevent spread because community-driven transmission was already occurring.

The No. 2 official at the CDC previously acknowledged U.S. officials were slow to understand how much the virus was spreading from Europe.

So, did the White House travel bans come too late to stop outbreaks from beginning?

The CDC study was not designed to assess that, said the agency's Dr. Jay Butler.

“It's important to recognize the travel bans were intended to slow introduction of the virus,” he said. “We knew it would be fairly unlikely that it would be completely kept out of the United States."

United Parcel Company is adding "peak" surcharges for merchants in the face of heavy demand during the pandemic, The Wall Street Journal reported.

UPS' fees, set to kick in on May 31, are targeted at big online sellers like Amazon, Target and Best Buy -- companies that shipped 25,000 packages above their average weekly levels in February, according to WSJ.

It's not clear if the affected retailers will pass on the fees, described as 30 cents extra for packages shipped under UPS Ground and SurePost.

Another $31.45 large package fee will hit companies that have shipped more than 500 big items like desks and patio umbrellas in a week.

The move comes after FedEx limited the number of packages that some big retailers could ship.

Read the full story from The Wall Street Journal.

Businesses are putting new safety measures in place to reopen while protecting their customers and staff from COVID-19. But those measures come at a price.

No Consensus Yet on NBA Return-to-Play Plan, AP Sources Say

The NBA Board of Governors met again without a consensus opinion emerging on how many teams should be back on the floor for the planned late-July resumption of the pandemic-interrupted season, three people familiar with details of the call told the Associated Press on Friday.

The people, speaking on condition of anonymity to The Associated Press because no details of the call were publicly released, said Commissioner Adam Silver is still collecting information on multiple options ranging from 16 to 30 teams returning to action when the season begins again at the ESPN Wide World of Sports complex near Orlando, Florida.

One person said the idea of bringing back 20 teams — possibly a few more, but not all 30 — continues to resonate as the most likely scenario, as of now. Another plan discussed Friday, the person said, would bring any team within six games of a playoff spot back for the resumption of the season, a scenario where bassed on the current standings 13 teams from the Western Conference and nine from the Eastern Conference would return.

Silver, who has been closely working with the National Basketball Players Association, has not revealed when or how a formal decision will ultimately be made.

Great Clips salons in Springfield, Missouri, have temporarily closed because of "repeated threats" that came after two stylists worked while infected with the coronavirus, potentially exposing more than a hundred customers, the company and police said.

Great Clips Inc. said in a statement that salons in the Springfield area were closed because of threats it received Wednesday, but it did not disclose the nature of the threats.

On Saturday, the Springfield-Greene County Health Department announced that a second stylist at a single location tested positive and that 140 customers had potentially been exposed.

"To protect the safety of everyone, the local franchisees made the decision to temporarily close salons in the Springfield area. They are working closely with law enforcement officials as the officials conduct a thorough investigation of these threats," Great Clips Inc. said in a statement.