A day before a rally in Pennsylvania, Gov. Tom Wolf on Friday accused President Donald Trump of blatantly disregarding social distancing and mask requirements during his frequent campaign rallies in the battleground state, calling it dangerous and disappointing.

Wolf, a Democrat, criticized Trump in a strongly worded statement and asked the Republican president to ensure Saturday's rally abides by guidance designed to stem the spread of the coronavirus.

While Wolf's mask order still stands, a federal judge — a Trump appointee — last week ruled that Wolf's pandemic restrictions, including size limits on gatherings of people, are unconstitutional. Those limitations had been 250 people outdoors and 25 people indoors.

Wolf is appealing it, and the state attorney general's office filed paperwork Friday with the 3rd U.S. Circuit Court of Appeals in Philadelphia asking it to put the district judge's ruling on hold.

In the 42-page filing, state lawyers wrote that medical researchers have determined that events where large numbers of people gather — dubbed "superspreader events" — are driving the spread of the virus and that allowing the judge's ruling to stand “will have grave consequences.”

“Eliminating the Commonwealth’s ability to limit large gatherings will inescapably increase the prevalence of superspreader events, leading to a larger number of people dying from this disease than otherwise would occur,” state lawyers wrote. “As far as our medical science has come, death remains irrevocable.”

Two of the president's rallies this month in Pennsylvania violated the state's public health guidance, Wolf said in his statement. One was before the judge's ruling, and one at Pittsburgh International Airport on Tuesday came after it. 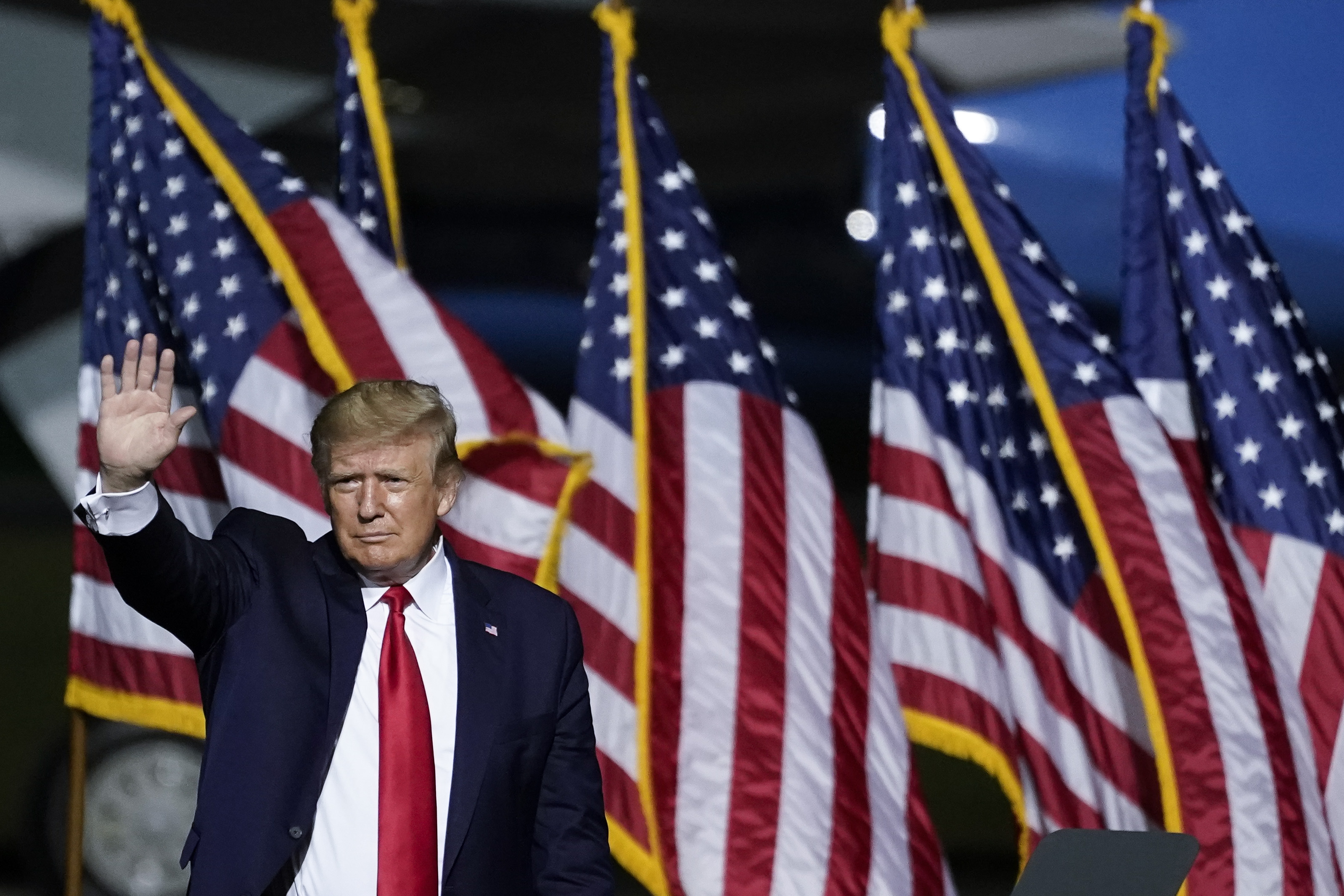 Trump Shifts Focus to Pennsylvania to Shore Up Reelection

Wolf has said that earlier efforts to contact the White House about the matter have gone unanswered.

“Once again, I am requesting that the President of the United States not endanger Pennsylvanians by holding unsafe rallies that will put Pennsylvania communities at risk,” Wolf said.

Saturday's rally is scheduled for a hangar at Harrisburg International Airport.

A Trump campaign spokesperson said Friday that everyone attending will get a temperature check before admission, be provided a mask they are encouraged to wear and have access to hand sanitizer. The spokesperson did not respond to questions about how many people were expected at Saturday’s rally.

Pennsylvania's seven-day average of the percentage of positive coronavirus tests, new cases and coronavirus-related deaths have all risen in September over August, according to the COVID Tracking Project, but they remain well below spikes seen in the spring.

Asked earlier in the week if health officials could track an outbreak to Trump’s Sept. 3 rally in Latrobe, Wolf said it was too soon to tell.