To Track Coronavirus, States Are Ramping Up Contact Tracing. But What Is It?

Contact tracers, who warn people of exposure to someone who tested positive, are key to reopening plans.

As states in our area inch toward reopening from pandemic lockdowns, officials are unveiling plans to track and limit further spread of the coronavirus.

You may have heard the term “contact tracing” used lately, but what does it actually mean?

A contact tracer works for a government or public health organization and gathers information about people who have tested positive for a disease of concern.

Usually through phone conversations and obtaining records, the tracers can build a list of anyone who crossed paths with an infected person and may be at risk for a disease, according to Krys Johnson, a professor in Temple University’s department of epidemiology and biostatistics.

Delaware will hire 200 residents to work as contact tracers, Gov. John Carney said Tuesday. Gov. Phil Murphy in New Jersey, which has the second-most cases in the nation, said the state will hire at least 1,000 contact tracers.

When reached about Pennsylvania’s contact tracing plan, a spokesperson for the state health department referred NBC10 to the plan outlined on the state website. It mentions potential hires in specific areas like the Lehigh Valley - where a federal grant could pay for as many as 110 tracers. The site says county health departments in Bucks, Chester (which covers Delaware county), Montgomery and Philadelphia will be primarily responsible for contact tracing in their jurisdictions.

Universities and hospitals have also been asked to provide volunteers -  Penn State is providing 40 volunteers who will be trained, according to the state site. And in June, Temple will launch a 10-hour contact tracing training course, giving students a certificate after completing it, Johnson said. 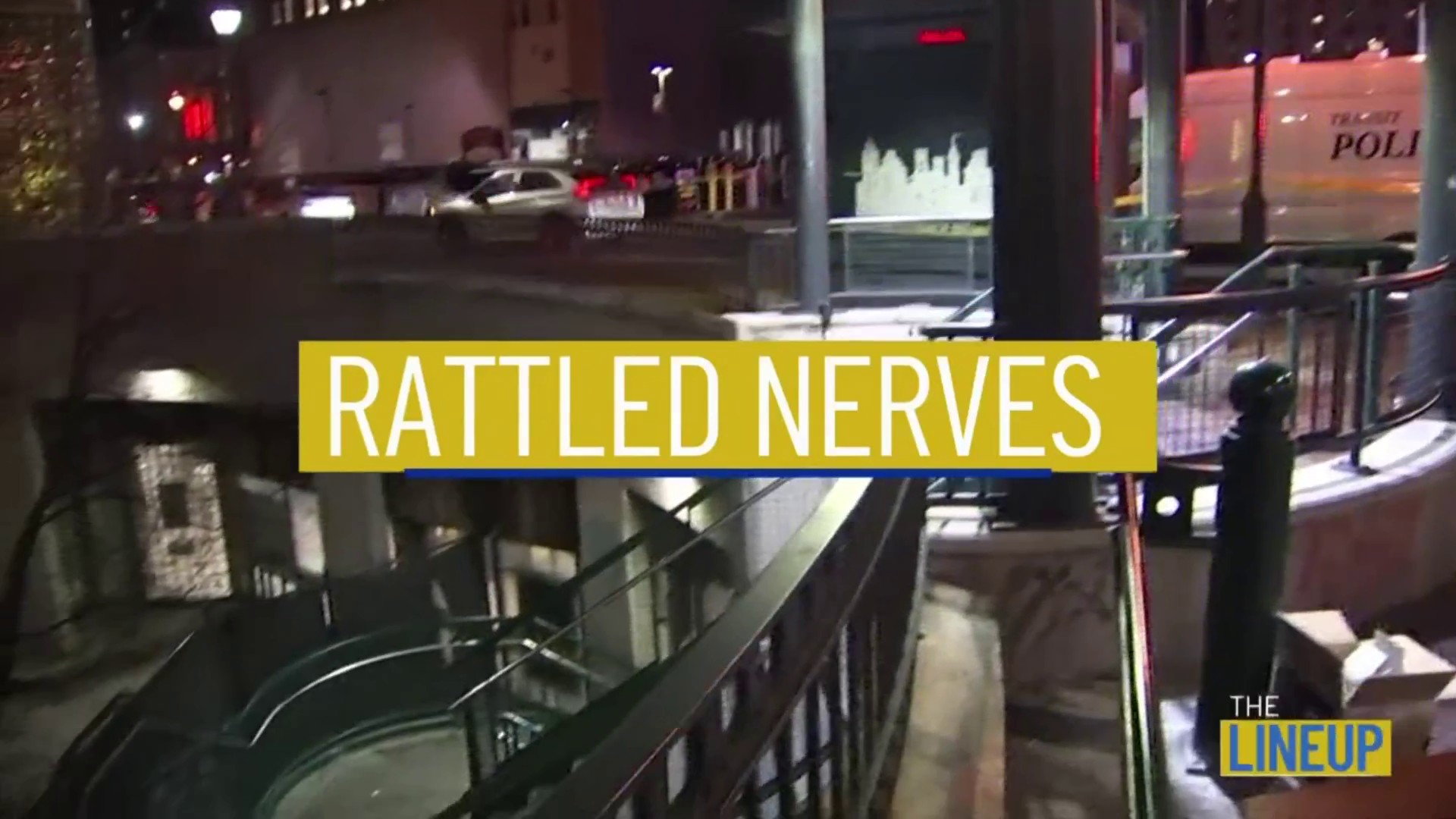 Deadly Stabbing on SEPTA: The Lineup

The role helps trace the spread of the disease, but is most effective when the number of cases is low, Johnson said.

If not, the numbers can quickly get out of hand compared to the people available.

A report from Johns Hopkins University mentioned something similar before reasoning that the U.S. could need as many as 100,000 contact tracers.

"It is estimated that each infected person can, on average, infect 2 to 3 others," the report says. "This means that if 1 person spreads the virus to 3 others, that first positive case can turn into more than 59,000 cases in 10 rounds of infections."

Because the sick patient was in multiple waiting rooms, public health workers had to get a record of everyone who was in those rooms, track down their contact information, and then actually speak to them, warning them to self-isolate if they developed symptoms.

The investigators learned the patient came in contact with 500 people - some of them infants that had to be vaccinated, or given an antibody infusion.

Another public health expert who spoke to NBC10’s Pamela Osborne said stay-at-home orders and social distancing, which limit contact with others, shortens the list of at-risk folks the contact tracers need to reach.

“If everything is going well, that means people in public health are doing their job. And that means we become sort of invisible,” Drexel epidemiologist Theresa Sweet told NBC10. “And then as a society we think public health isn’t quite that important. And now we’re finding out that that’s not the case, that our public health infrastructure isn’t where we should be if we really want to open up society again.”

Though you might be hearing lots about contact tracing now, it’s not a new job, Johnson said.

County health departments might send out a contact tracer for a case of salmonella, to identify a restaurant where that person ate. Contact tracers also notify partners when someone tests positive for an STD.

“But that is on a much smaller scale than had ever been needed for a pandemic,” Johnson said. Not that states or counties should keep thousands on the payroll at all times, “but there should be a way to easily ramp that up,” she added.

Serious public health expertise is not required if the new staffs - or volunteers, which states are also looking for - can be trained on the basics. According to the Centers for Disease Control and Prevention, some of those include an understanding of patient confidentiality, interviewing skills, knowledge of medical terms and confidence in a crisis situation.

Some experts have suggested using smartphone data to assist with contact tracing. Other countries have launched apps where users can report symptoms and contacts to health officials. Another tech that has been deployed is the Sara Alert, according to Pennsylvania's website. The service from Virginia nonprofit MITRE lets positive patients report their symptoms and alerts public health officials of where to direct their teams and resources.

Governors and health officials have also mentioned an increase in testing to go hand-in-hand with contact tracing plans.

“Then you get nowhere,” she concluded.