Philadelphia public schools will not reopen for in-person classes by Feb. 22, as previously announced, but staff will be offered coronavirus vaccines in hopes of accelerating the pace of a return to school.

The plan to reopen classrooms at a limited capacity has now been pushed back to March 1, a week later than previously hoped, School District Superintendent William Hite said Wednesday. The delay, he said, is due to ongoing third-party mediation between the district and the Philadelphia Federation of Teachers union.

A return to the classroom would include two days of in-person learning and three days of digital classes for students.

Hite's announcement comes after weeks of pushback from the Philadelphia Federation of Teachers. The union has insisted that a return to classrooms is not yet safe due to the threat of coronavirus infections.

Some teachers were due back in classrooms Feb. 8 to prepare for in-person classes, but PFT President Jerry Jordan instructed them to defy those orders. That day, some educators stood outside in the freezing cold to protest what they deemed inadequate safety measures.

"These are legitimate concerns and the district needs to address them," Hite said Wednesday.

“I believe we – families, teachers, the school district, elected officials and our unions – all agree on the importance of reopening public schools, particularly here in the City of Philadelphia," he said, adding that the district has spent some $250 million to "safeguard the health and wellbeing of teachers and students."

In a statement, Jordan said the move to delay the reopening of schools was "the right decision" because "far too many questions regarding safety of buildings for reoccupancy remain unanswered." 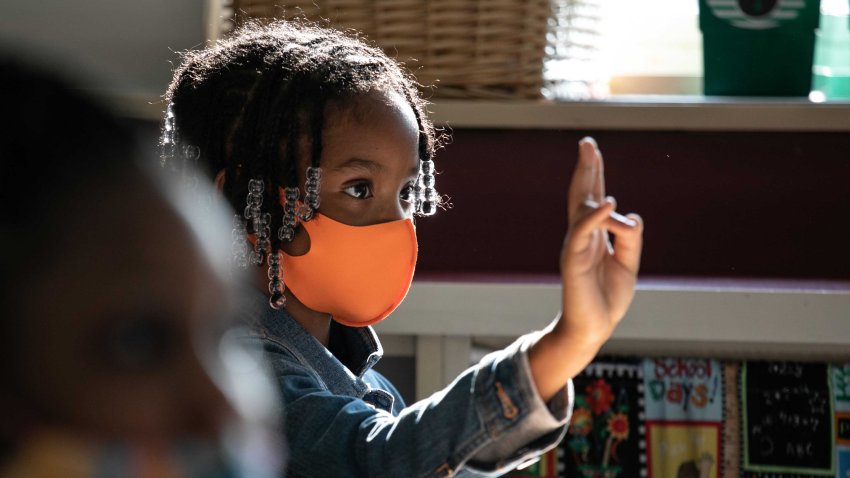 While Hite previously said that waiting for all teachers to be vaccinated would not be feasible, on Wednesday he announced a partnership with the Children's Hospital of Philadelphia and the Philadelphia Department of Public Health to extend vaccination appointment invitations to staff.

Around 10,000 invitations will be sent to staff who have already been working in school buildings, as well as teachers of preschoolers, kindergarteners, and first and second graders, who are the first cohort to return to the classroom.

Staff who have already been working in district buildings and will be getting vaccine appointment invitations include food service workers and cleaning staff, SDP Chief Talent Officer Larisa Shambaugh said.

“While the vaccine is not mandatory for staff, we do hope that once staff receive their appointment invitation, they will choose to get vaccinated as another layer of safety for their themselves, their families and the students and staff that they interact with," she said.

The invitations will be sent not only to School District of Philadelphia staff but also to staff in other educational institutions within the city.

Vaccinations will be offered at CHOP, as well as four SDP locations, one archdiocesan location and one private independent school location.

In addition, Hite said CHOP has secured and will make available "ample supplies" of rapid COVID-19 vaccine tests to detect infections. According to the district's website, the test requires a nasal swab, but not the deep swab that some have found uncomfortable. Results will be available in around 15 minutes.

All parents and guardians who want their students to attend hybrid classes must fill out a coronavirus testing consent form.