Philadelphia Public Schools Will Reopen for 3,000 Students on March 8

Superintendent William Hite Jr. described the initial return as the beginning of a way to "slowly phase in" in-person learning.

The in-person learning will be a hybrid model and will reopen classrooms for a portion of the school week at 53 city schools. Hite said the exact number of students returning March 8 is based on which students at the 53 schools signed up to be the first to return. He estimated it would be about 3,000.

Mayor Jim Kenney thanks teachers, school staff and administrators and an appointed mediator for drawing up the reopening plans that all sides, including teachers, have agreed on, he said at the announcement.

Kenney said the on-and-off-again reopening plans for roughly 9,000 students that played out over the last couple weeks was "very frustrating for parents and other caregivers."

The city teachers' union was the main antagonist in the battle with Hite and his administration over the reopening plan. The number of students is now going to be a third of that initial 9,000 that the district wanted to bring back, Hite said.

"We're thrilled to get to this point," Hite said, adding that he hopes that the return of the first 3,000 students will prove to other families that kids can return safely.

There is still a long way to go for the deficit-laden school district to get all students back in classrooms. One of the biggest issues is getting proper air ventilation systems in all buildings and classrooms.

Photos of window fans inserted into classrooms that were supposed to be the equipment for air circulation spread quickly on social media ahead of the district's initial reopening date in February. Those photos caused an uproar within the teaching ranks, and caused two postponements of planned reopenings. 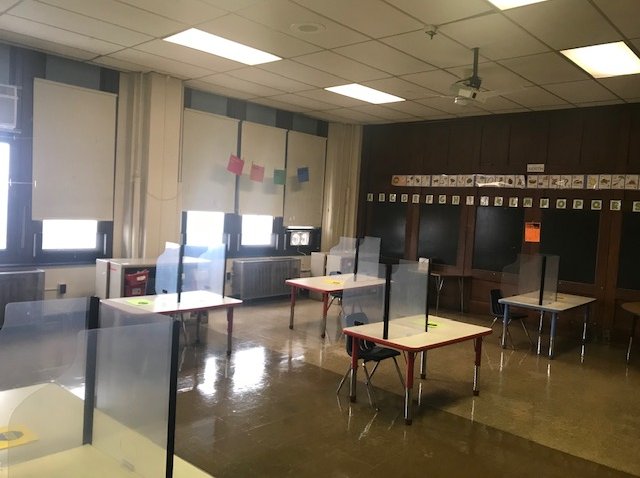 In World of Online Learning, Students of Color Are Getting Left Behind

In the time during the scuttled reopenings, the city and school administrations prioritized teachers for receiving coronavirus vaccines, which also helped improve relations to the point of getting an agreed-upon return for the 3,000 students.

Hite said the district has put in place a plan to reopen more schools each Monday moving forward, with the hope that all students in kindergarten and first and second grades will return to in-person learning in a hybrid model by the end of March.

An NBC10 Investigators report last week found that the full-virtual learning approach in place in Philadelphia so far this school year has disproportionately hurt students of color.

In an effort to lower the virtual truancy rate in her school, one Philadelphia principal is going the extra mile to keep students engaged during class. NBC10 Investigative Reporter Claudia Vargas has the story.

In October 2019, about 69% of Black and Hispanic students met the good attendance mark, but those numbers dropped to about 58% and 59%, respectively, in October 2020.

Experts say having an average attendance below 90% can be detrimental – potentially impacting reading level and increasing the chances that students fail classes and don’t graduating high school.

“The impact is going to be pretty, pretty grave when we look at who has been making progress this year and who hasn't,” said Margie Wakelin, an attorney with the Pennsylvania Education Law Center.