Currently, vaccines are approved only for people age 12 and older, meaning millions of kids younger than that cannot get vaccinated

Philadelphia public school students and staff will be required to wear face masks when they go back to in-person classes in the fall.

New guidance from the Centers for Disease Control and Prevention suggested it’s safe for fully vaccinated students and teachers to go without masks indoors. However, School District of Philadelphia Superintendent William Hite said the district will keep its mask requirement, based on the CDC’s recommendation that students be kept at least three feet apart and that unvaccinated people keep wearing masks.

“Until that guidance changes, we will still be asking individuals to be in masks and subject to testing,” Hite said, referencing the district’s rapid COVID-19 tests, for which parents must fill out a consent form. Hite said the district will perform weekly testing for adults, as well as random tests on 20% of students every week.

Currently, vaccines are approved only for people age 12 and older, meaning millions of kids younger than that cannot get vaccinated.

District officials on Thursday also unveiled new surface and air purifiers that will be placed in every school in every instructional place, as well as in larger spaces that accommodate more people.

Reggie McNeil, the district’s chief operating officer, said the machines have been shown to eliminate 99.9% of airborne COVID-19 viruses, and that when tested in an enclosed setting, the purifiers “deactivated” the virus within three minutes.

schooling in a pandemic Jul 28 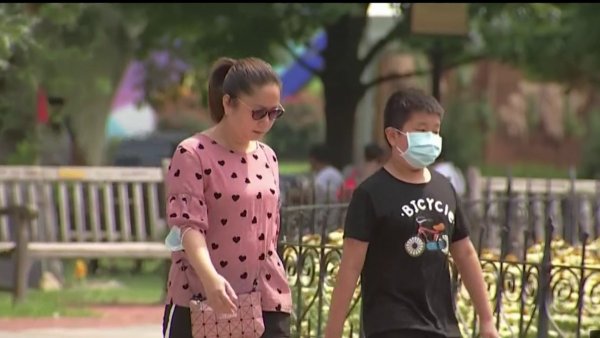 schooling in a pandemic Jul 19

The new tech, which McNeil said cost some $4.5 million and which Hite said is being paid for with federal stimulus dollars, comes after the district’s previous ventilation plans were roundly criticized earlier this year.

Philadelphia’s return to classrooms is slated for Aug. 31. Hite said the district is currently working on updating its back-to-school guidance.