Board OKs All-Online Start to Fall Semester for Philly Schools

The fall semester is slated to begin fully online Sept. 2, before possibly transitioning to a mix of digital and in-person learning after Nov. 17

After a weeklong delay due to fierce opposition by parents and teachers, the School District of Philadelphia’s board of education finally greenlit a reopening plan that will see students begin the fall semester fully online before possibly transitioning to hybrid learning.

Thursday’s 7-to-1 vote came a week after Superintendent William Hite had asked for an extension when numerous parents, teachers and school administrators spent hours excoriating the original health and safety plan, which would have seen the semester begin in a hybrid fashion.

The only dissenter was board member Maria McColgan, a pediatrician who argued that the science – including research showing negative impacts of school closures and the reduced risk of young children contracting and spreading COVID-19 – supports the reopening of campuses.

“My biggest concern is that the decisions for the School District of Philadelphia are now being made based on fear itself, rather than science and the needs of our children and families,” she said.

Thursday’s approval of the revised plan, though, clears the way for all students to begin online instruction beginning Sept. 2, before possibly switching to a hybrid model after Nov. 17 if the Philadelphia Department of Public Health and other agencies determine it is safe to do so. Given that the health department helped craft the original plan, though, it is likely that a switch to hybrid learning after Nov. 17 will come down to whether the idea has broad support among teachers and administrators.

Much of the concerns voiced against the original plan centered around the risk of spreading the virus in the confines of a classroom, especially given a recent uptick of infections both locally and nationwide.

In recent months, the overall number of new infections in Philadelphia and the surrounding suburbs has decreased from its peak, but it is still higher than what the official reported numbers were in March, when schools were first forced to shutter due to the pandemic.

But while the new plan reduces the possibility of infection within schools, it also extends the amount of time students have been away from their teachers and peers as they continue with online classes.

Thursday’s meeting was notable in that public comment was limited to 30 minutes, thereby avoiding the deluge of dissenting voices from parents, teachers and administrators who last week saw to it that the meeting stretched past midnight with no vote taken. 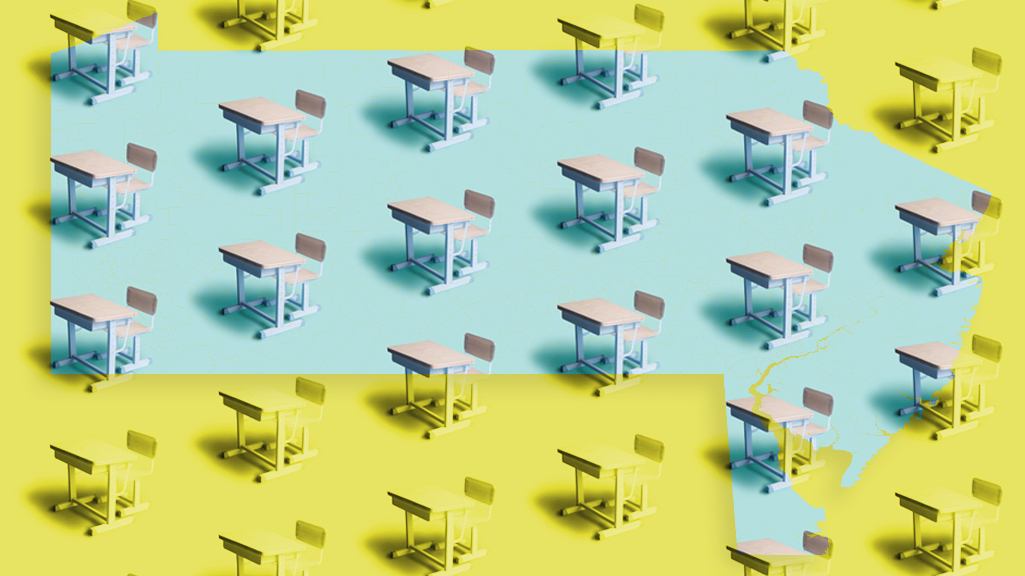 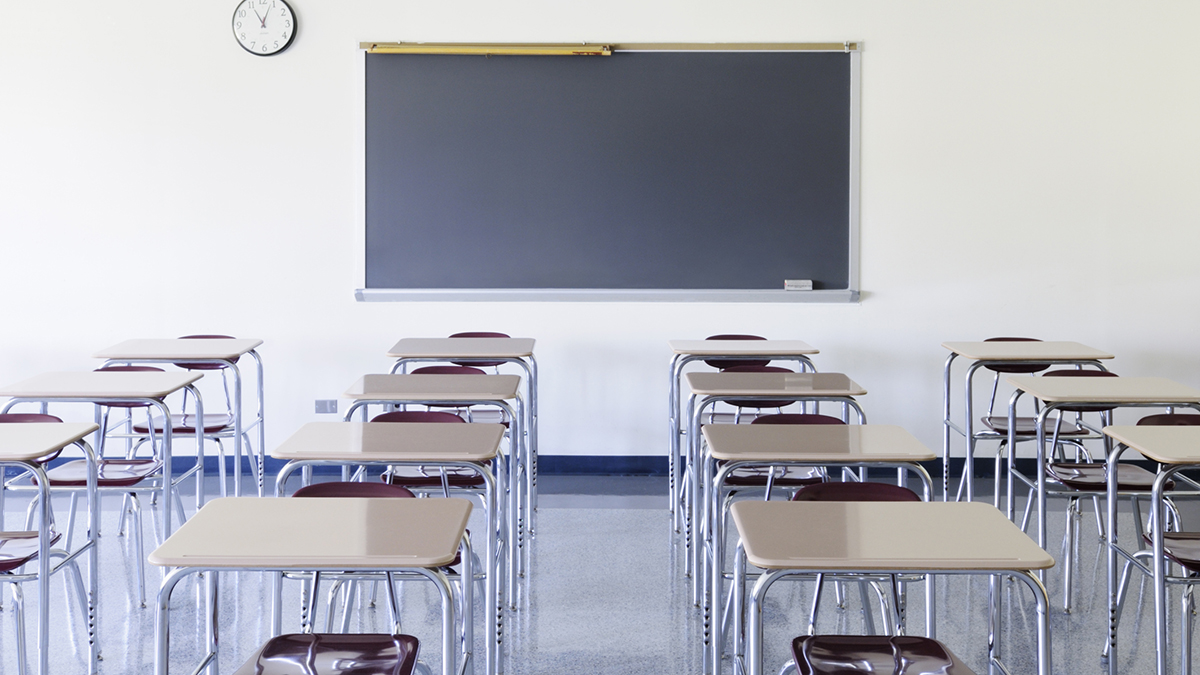 Archdiocese of Philadelphia Calls for In-Person Classes in the Fall

Nonetheless, people – through both oral and written testimony – still voiced their support and opposition to the plan for starting the next semester online.

“Remember that parents and families trust us with the safety and care of that which is most precious to them: their children. Not one student, staff or family member will be sacrificed for expediency," said Paul Robeson High School for Human Services teacher Elana Evans. "We have to follow science, not politics. Until all of us are safe, we are all in danger. ”

Jerry Jordan, president of the Philadelphia Federation of Teachers union, whose members last week vociferously opposed a hybrid start to the semester, wrote to the board and thanked Hite for amending the original reopening plan by considering the concerns of teachers.

“While the decision for buildings to remain closed is painful, it is entirely warranted. It will save lives. We have said from the start that reopening must be rooted in science,” he wrote, alluding to statements by both district and city health officials that acknowledged the risk of infection in schools is not zero.

However, Nicole Hunt, member of the Unite Here Local 274 union, which represents cafeteria workers, decried the revised plan as the elimination of an option for underprivileged families.

Both Hite and Health Commissioner Dr. Thomas Farley have expressed concern about the long-term educational and emotional impacts caused by a lack of at-school instruction, especially for younger children, minorities and those living in poverty. The sentiment is shared by the National Academies of Sciences, Engineering, and Medicine, which recommended in a recent report that officials should prioritize reopening in the fall, especially for children in kindergarten through fifth grade.

“Now we know based on evidence and research that children from circumstances of poverty, particularly Black and Latino children, were disproportionately impacted with going to a virtual learning type of approach,” Hite said last week.

Black and Latino children represent 73% of the district's more than 200,000 students. The district is the eighth-largest in the nation and the largest in Pennsylvania.

However, Hite also said the district and the city are working with internet providers to bridge the digital divide and provide reliable access to the internet and to computers for all students.

"Either through solutions that will come through the city or through the district itself, we're going to solve that problem so all of our children that need internet access will have it," Hite said.

The superintendent added that technology, including laptops, would be provided for any teacher who needs one. He noted that more than 80,000 district-issued Chromebooks were distributed in the spring and that some 50,000 more have since been purchased.

And, in order to address the mental health needs of students and parents, there will be a behavioral health provider at each district school that will act in conjunction with counselors, Hite said.

“That’s right, this year for the first time there will be a behavioral health provider assigned to every school in our district,” he said.

The superintendent added that the district and city are working in tandem to identify places where working parents might be able to drop off their kids when they go to work. Those locations, which may include libraries, community centers and possibly some areas within schools, would be staffed not necessarily with teachers but with district employees trained on what school work children should be completing.

Several board members Thursday also expressed concern about the impact of keeping students away from classrooms, but said they were voting in favor of beginning the fall semester fully online because it was clear that parents and especially teachers were against beginning in-person.

“Unfortunately … the hysteria that was created has now been widely disseminated and accepted as the real, and so as a result of that, because we have to start somewhere, I will vote yes,” board member Julia Danzy said.

Yet, Philadelphia schools are not unique as they try to craft plans for fall instruction. The Los Angeles Unified School District, the second-largest in the country, has already announced that it will begin the term fully online. Other districts have done the same, too.

A 16-year-old rising high school senior, Alexis Loveraz, has turned to TikTok to provide one-minute math lessons for students who need help with the subject.

And in a sharp reversal, President Donald Trump conceded that some school districts will not be able to begin in-person classes right away. The Centers for Disease and Control and Prevention similarly recommended digital learning in areas where viral spread is prominent.

The School District of Philadelphia’s approved reopening plan also does away with the "Digital Academy," at least for now. This option would have been tailored to students who opted for all-online classes, but would not guarantee that they would be paired with teachers from their own schools, a key sticking point for many parents.

Now, though, there won't be an immediate need for the Digital Academy, since all students will be taught fully online by teachers from their schools. However, if the district does manage to reach a hybrid model later in the fall, the academy might return for students who wish to remain fully digital, Chief Academic Supports Officer Malika Savoy-Brooks said.

In lieu of the academy, all teachers will be given training on how to teach digitally prior to Sept. 2, Hite said, a marked difference from what happened earlier in the year, when the pandemic raged and forced quick-fire responses.

“We were ill-equipped to do what we tried to do in the spring,” Hite conceded.

This time, the superintendent said, there will be different times during the day when students are expected to be logged on with their teachers, and assignments will be graded, with students sometimes expected to collaborate on group projects. There will also be accountability for teachers, with principals given tools to monitor how many hours each teacher spends with students, he added.

The new plan impacts some pre-kindergarten students, too, with Hite saying that district-run pre-K centers will remain virtual for now.

However, Farley and Mayor Jim Kenney confirmed that city-run centers will remain open.

“We just can’t allow the pandemic to take safe, quality learning experiences away from our children, especially at the most critical stage of their development,” Kenney said.