Pennsylvania is improving, but while New Jersey has been doing well with vaccines, it's the worst in the nation when it comes to new coronavirus infections per capita

The race for the coronavirus vaccine is well and truly on, but the rollout for individual states continues to be mixed.

After initially being ranked one of the worst states when it came to administer shots to people, Pennsylvania has seen some improvement in recent weeks. Meanwhile, New Jersey is in a race to vaccinate people as it battles the highest rate of new infections per capita in the nation.

Both states have been hit by hiccups in the process. Here’s a look at the vaccine rollout:

How many New Jersey residents have been vaccinated so far?

As of March 26, state data shows, some roughly 2.5 million people in New Jersey had received at least one vaccine dose, and another 1.3 million were fully vaccinated.

The 2.5 million with at least one shot represents 30% of the state’s approximately 8.88 million people, while the 1.3 million fully vaccinated is about 15.8%, according to figures from the Centers for Disease Control and Prevention. 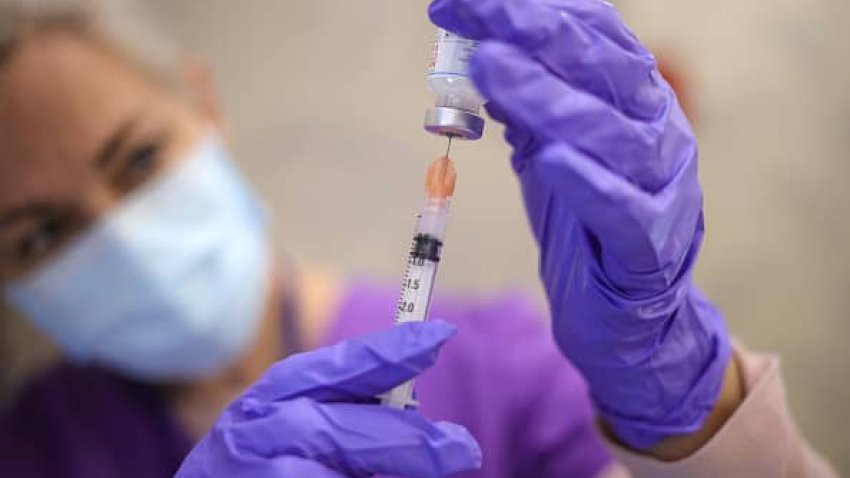 Do You Need to Wear Masks After Covid Vaccine? New NIH-Backed Study Hopes to Answer That 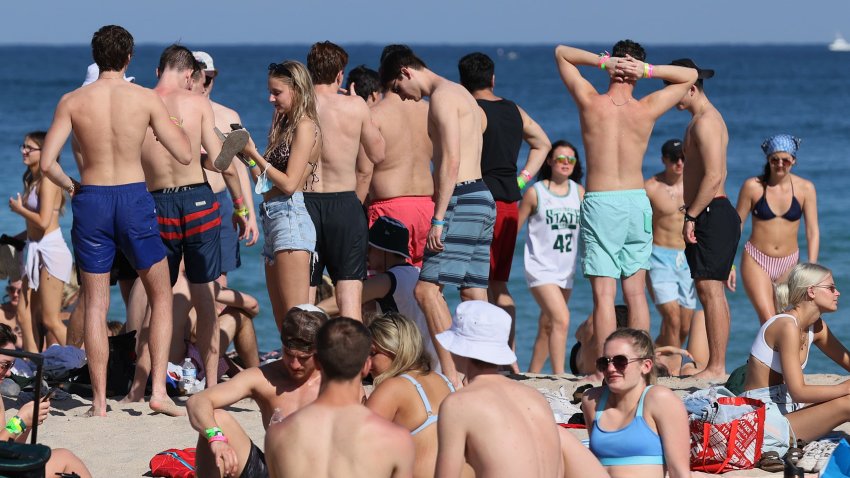 How does New Jersey’s vaccination rollout compare to the rest of the country?

When looking at how many vaccine doses New Jersey has administered per 100,000 people, the state ranked 16th in the nation as of March 25, according to CDC data.

However, the state was 11th when it came to percentage of its population with at least one dose. For the percentage of people fully vaccinated, New Jersey ranked 21st.

Note: The totals for one dose may include people who are receiving the first dose of two or the single-dose Johnson and Johnson vaccine. Source: All state-level totals for doses administered are from the Centers for Disease Control and Prevention. Otherwise, for Pennsylvania: County-level data is from the Pennsylvania Department of Health except for Philadelphia county, which is from the city. New Jersey: data is from the New Jersey Department of Health. Delaware: County-level data is currently unavailable.
Amy O'Kruk/NBC

What is New Jersey doing to try to vaccinate more people?

Gov. Phil Murphy wants to vaccinate 70% of the adult population by July. One of the ways to get there will be expanding who can get vaccinated. Starting April 5, Murphy said, people aged 55 and older and people as young as 16 with intellectual or developmental disabilities will be eligible to get a shot.

Given ranking in terms of people being administered at least one shot, New Jersey is doing relatively well, which is good, considering it is performing poorly when it comes to new infections.

As of March 24, New Jersey was averaging a little more than 4,151 new coronavirus infections a day over the previous seven days, according to the CDC. That made it the second-worst state in the nation, only behind Florida’s 4,564 average.

It gets worse when looking at new infections per capita. In that category, New Jersey is the worst-performing state in the country, averaging 46.7 new cases per 100,000 people as of March 24.

What does New Jersey’s poor infection rate mean for the state?

The biggest consequence of New Jersey’s high infection rate is that the state won’t be able to reopen as quickly as it otherwise would.

"My guess is we won't be opening up further capacities for some time now because of the caseload," Murphy said during a CNN interview Monday morning.

How many Pennsylvania residents have been vaccinated so far? 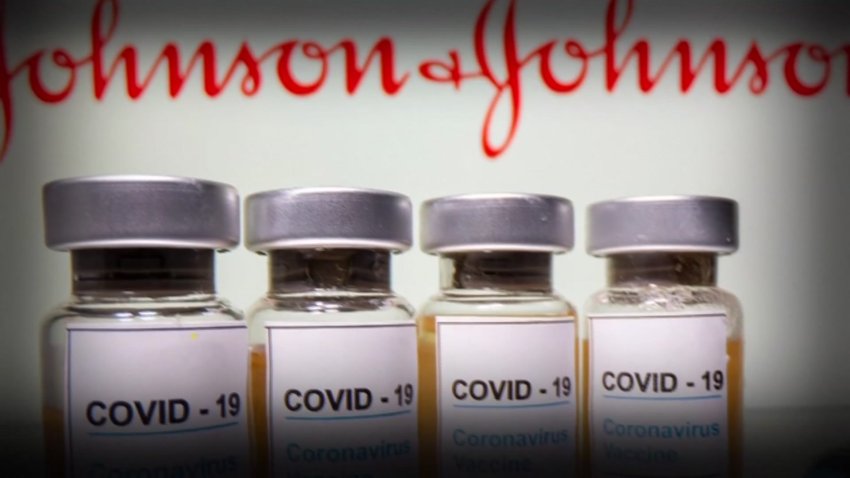 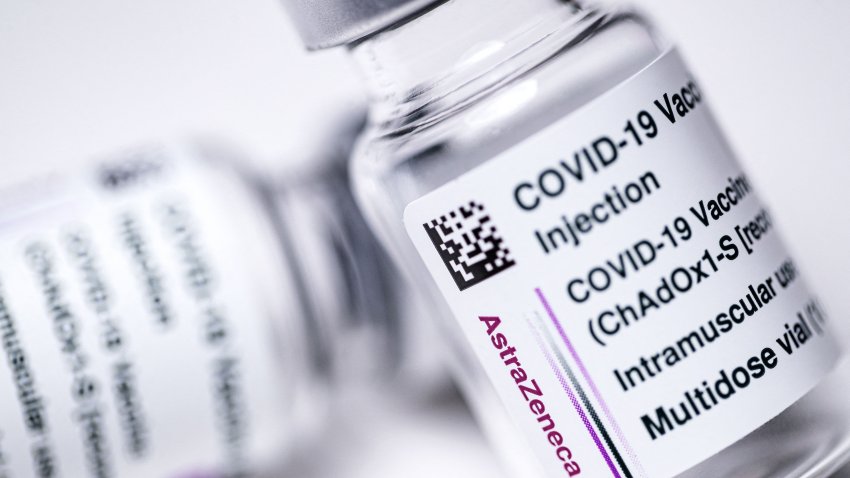 How does Pennsylvania’s vaccination rollout compare to the rest of the country?

As Pennsylvania Department of Health spokesman Barry Ciccocioppo pointed out, Pennsylvania also ranks among the states with the most vaccine doses administered. However, that's deceiving, given that the Keystone State has a larger population than many other states.

When looking at how many doses Pennsylvania has administered per 100,000 people, the state ranked 28th in the nation.

Pennsylvania, however, dose fare better than New Jersey when it comes to people 65 and older who have received at least one vaccine dose. In that category, it ranks 37th in the nation, with 68.1% of its 65-and-older population receiving at least one shot as of March 25, according to the CDC.

The CDC also shows 35.6% of Pennsylvania’s 65-and-older population has been fully vaccinated, making it the 48th-worst state in that category.

How is Pennsylvania trying to speed up vaccinations?

One way the state is speeding up vaccinations is by trying to get more of them to health care providers who have proven to be good at distributing them.

The "focused allocation" strategy means health care providers who have proven their effectiveness at administering vaccines and at quickly reporting data will get a steady supply of vaccines. That allows them to know ahead of time how much vaccine they can expect so that they can continually make appointments for people.

President Biden held his first formal press conference of his presidency today, discussing specifics of his American Rescue Plan and the latest on the situation at the southern border. NBC10’s Lauren Mayk has the details.

The selected providers can be found on this map.

However, that strategy has meant that some pharmacies that had been giving out vaccines have been told they can't get any more – which has concerned their customers.

Beam also ordered vaccine providers to work with agencies that cater to older adults to clear the backlog of people 65 and older who still haven’t received their vaccine. Under Beam’s order, providers can’t refuse to schedule an appointment for someone who is currently eligible, nor are they allowed to advertise that no appointments are available.

What have been some of the obstacles for vaccinating people?

The main reason leaders have used to excuse the state of Pennsylvania’s vaccine rollout is a vaccine shortage from the federal government.

However, the state has also been accused of a scattershot approach to vaccinations, and health care providers have complained about a lack of predictability when it comes to how many doses they’ll receive.

On the latter point, Pennsylvania Emergency Management Agency director Randy Padfield said in an email Thursday that the federal government will be distributing less of the one-shot Johnson & Johnson vaccine than originally thought a few weeks ago.

“As we all know, plans are only good as the assumptions they are built on and without certainty there is always an element of risk,” Padfield said.

New Jersey will expand COVID-19 vaccine eligibility beginning April 5 to people ages 55 and older, as well as to people 16 and older if they have intellectual or developmental disabilities, Gov. Phil Murphy's office said.

Then there’s the latest fight between the Pennsylvania health department and southeastern counties over the state’s decision to push for regional vaccination sites run by the Pennsylvania Emergency Management Administration. Each site would provide the one-shot Johnson & Johnson vaccine, be chosen by groups of counties and be located in an area that county leaders determine would be best for people from all the counties within their group to access.

Why are southeastern counties so upset?

The plan for regional sites was proposed by the Pennsylvania Vaccine Joint Legislative Task Force, which is a bipartisan group comprised of a handful of lawmakers from across the state.

This has roiled leaders in all four southeastern counties, who maintain that they’ve set up their own vaccination clinics and that they can inject more people if vaccines instead go directly to them. They’ve raised questions about equity and what types of people will be able to make their way to the regional site.

“If we give these doses to our county governments and our county DOHs here in the southeast, we’re able to reach people better through mobile clinics,” said state Sen. Maria Collett, a Democrat who represents parts of Bucks and Montgomery Counties.

Ciccocioppo acknowledged that local leaders have a better understanding of their communities, but he forcefully pushed back on their misgivings.

“The Commonwealth has asked only one thing of county leaders to bring this life-saving vaccine to their residents: pick a location. It appears that some local leaders have chosen to bemoan even this responsibility, and instead are wasting precious time that could be used to ensure their residents benefit from the mass vaccination site's immediate success,” he said in response to a list of emailed questions from NBC10.

The proposed regional sites, he said, would not divert any vaccine doses to local health care providers, who will continue to receive more doses as more of the medicine becomes available. Instead, the location would be a tool allowing some 42,000 people to be vaccinated per week, Ciccocioppo said.

Both sides, however, remain at loggerheads.